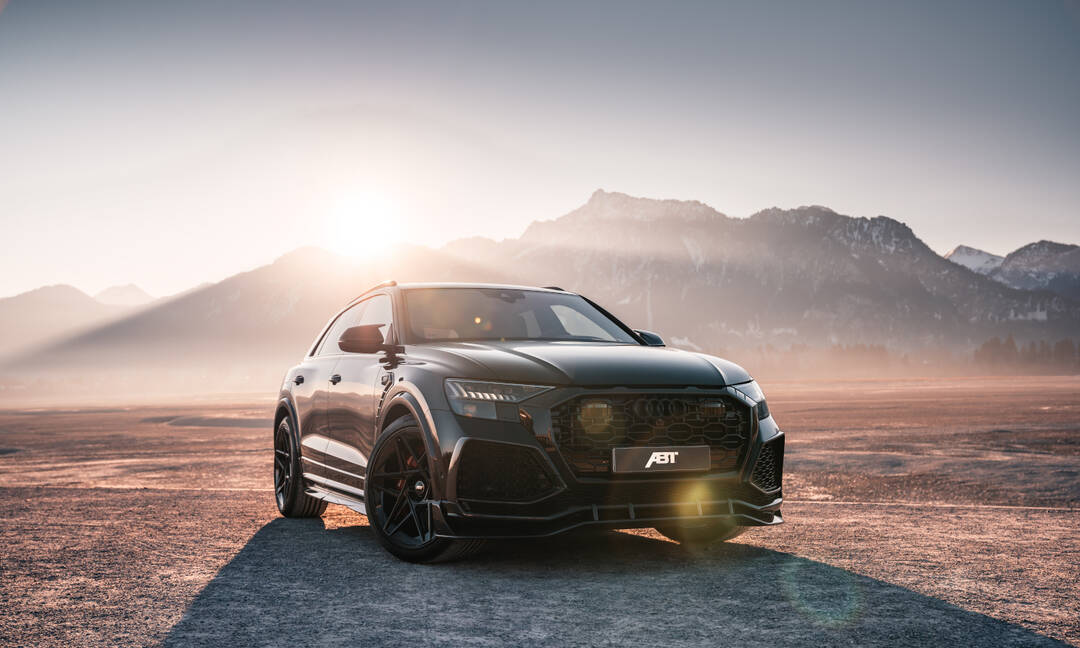 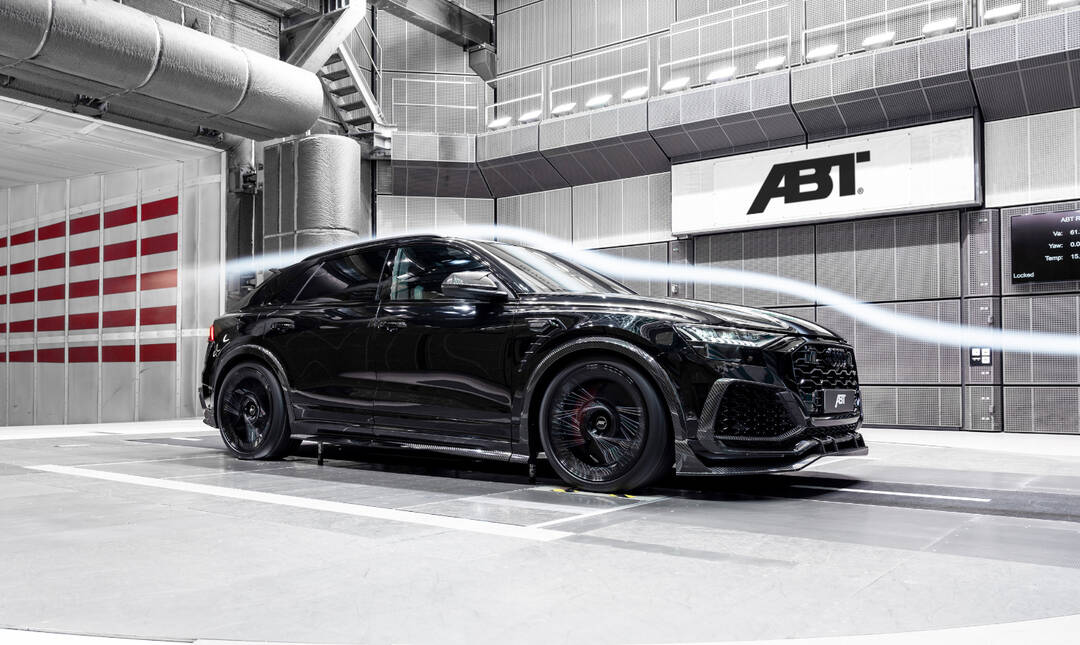 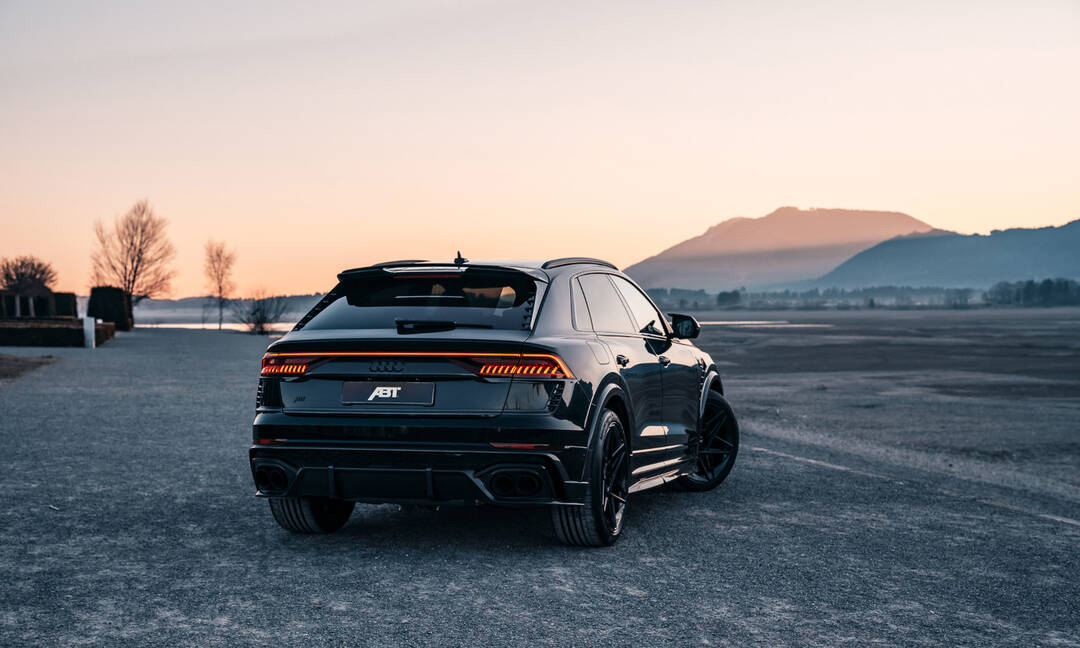 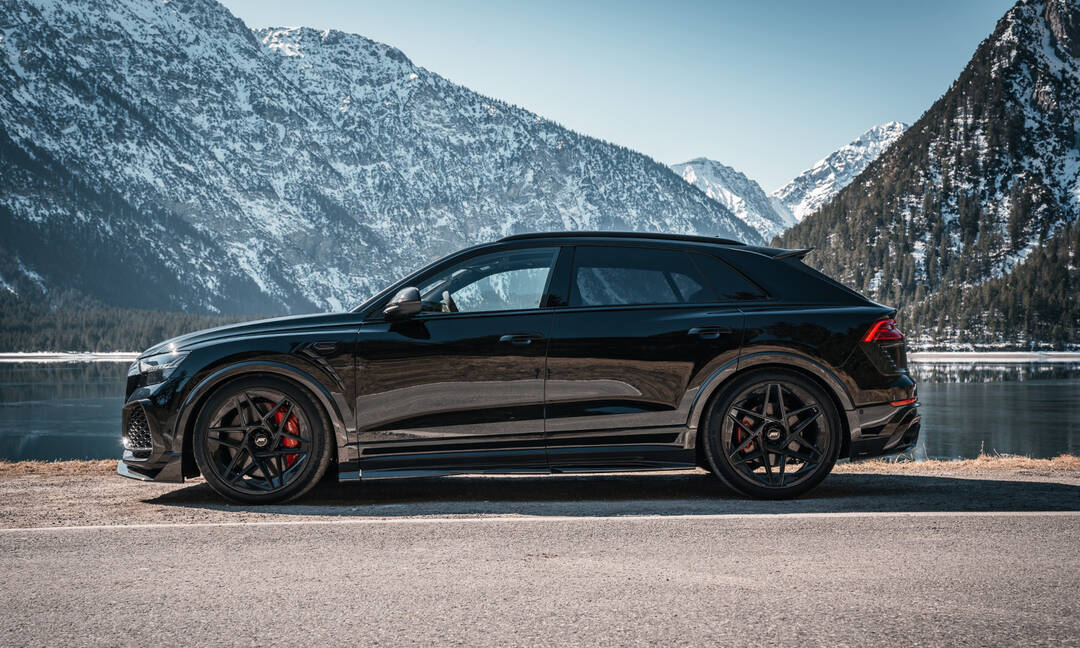 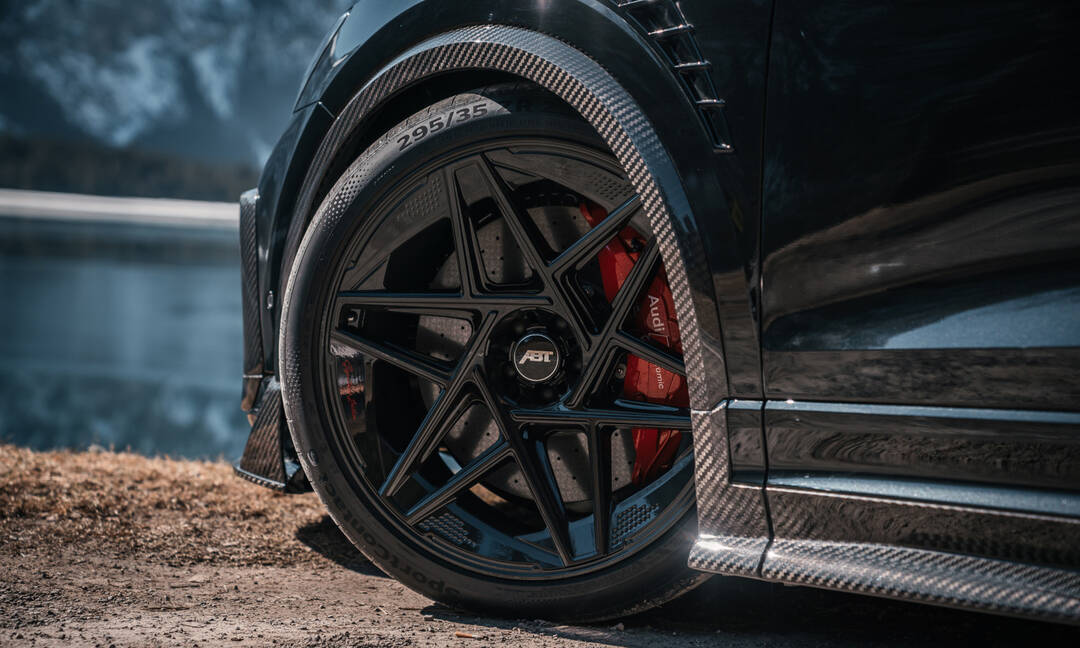 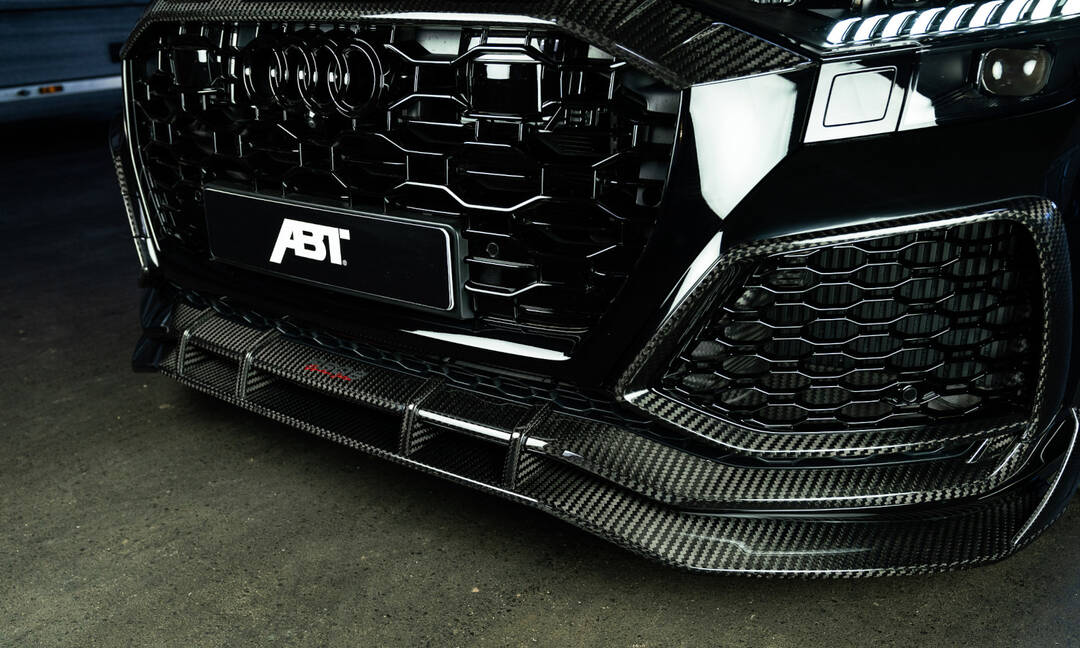 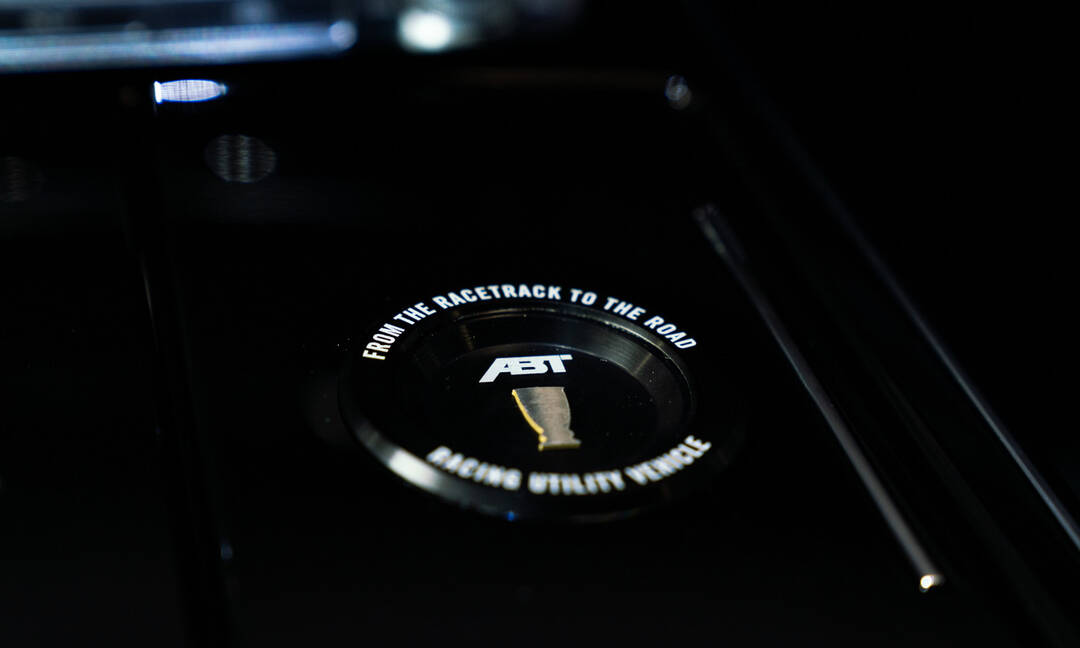 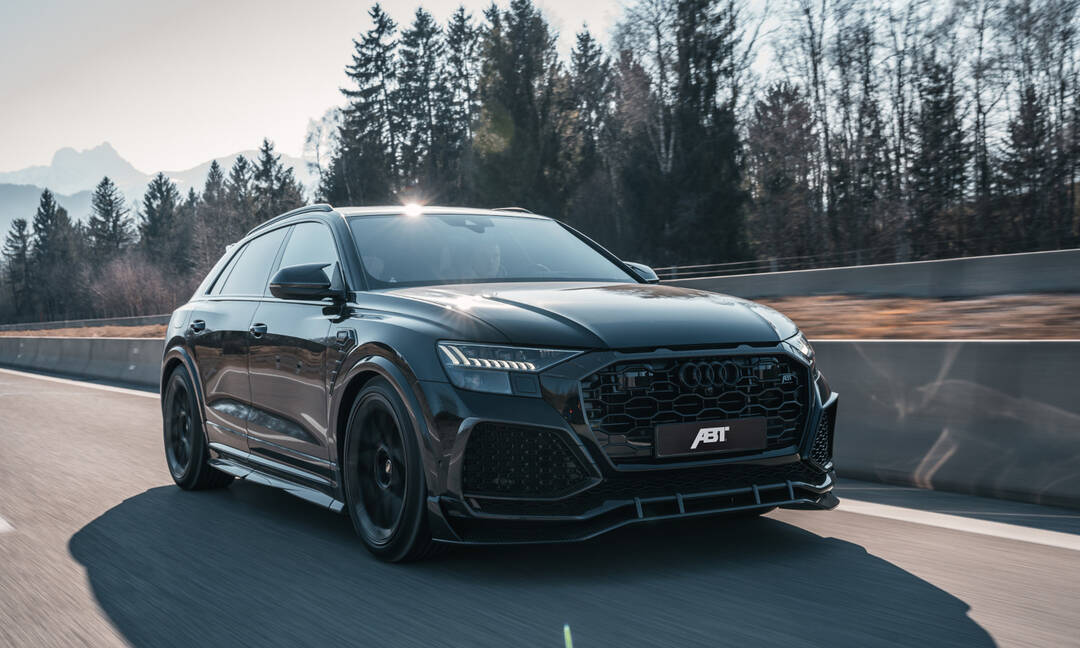 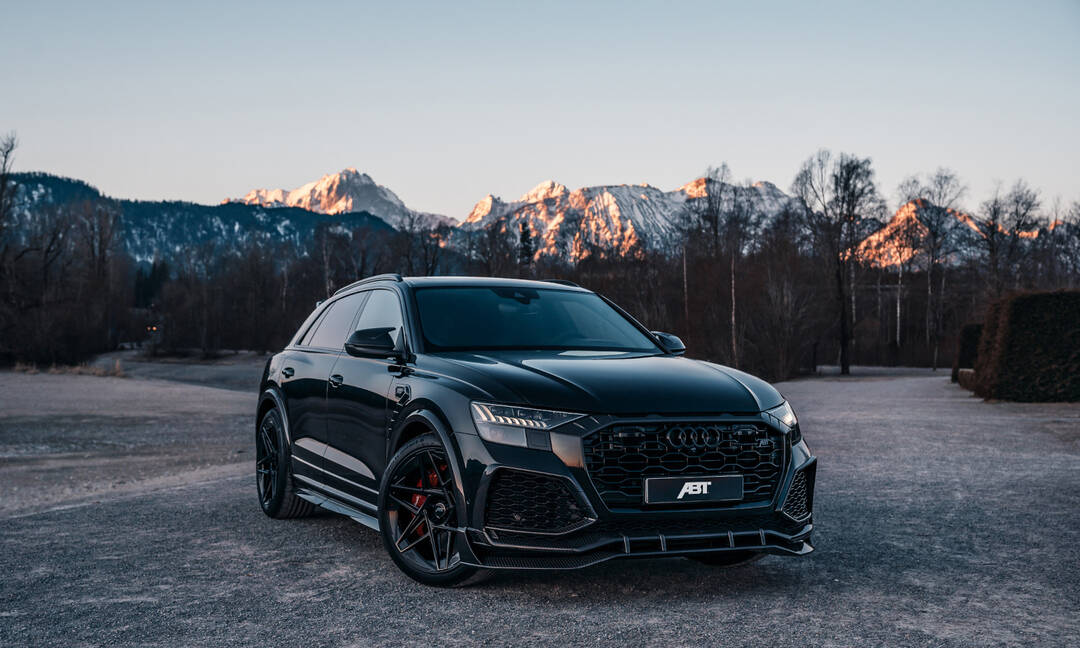 The RS Q8 is the top model in Audi's Q series. Sporty performance, combined with the elegance of a premium SUV coupé, characterises the vehicle with the four rings. With the new, strictly limited RSQ8 Signature Edition, ABT Sportsline has further enhanced the sporty exclusivity of this basic model.

True to its own motto "From the racetrack to the road", the German company has transformed the fast SUV into a Racing Utility Vehicle. In allusion to ABT's founding year of 1896, only 96 examples are hand-built by experienced racing mechanics. A maximum of eight per month. "Only those who take their time can create something timeless," says Managing Partner Hans-Jürgen Abt. However, it is not only the small quantities that arouse desire. In the attractive guise of the RSQ8 Signature Edition, the V8 biturbo engine now produces an impressive 800 HP (589 kW). The special model thus follows on from the Johann Abt Signature Edition based on the Audi RS 6 presented in 2021 to mark the company's 125th anniversary. It is therefore only the second vehicle model from ABT Sportsline to be awarded the title"Signature Edition" and thus the highest level of exclusivity. A time capsule is also once again on board, containing a genuine fragment from the history of the the world’s largest automotive aftermarket and performance parts specialist for Audi and VW. With the experience gained from countless races combined with top-class craftsmanship, the ABT mechanics extract an incredible 200 additional HP from the RS Q8's engine. In just 3.2 seconds, the Racing Utility Vehicle from ABT Sportsline sprints from 0 to 100 kilometres per hour – a racy 0.6 seconds faster than its production counterpart. It is literally breath-taking for the driver when he is pressed into the seat by the 1,000 Newton metres that are evenly distributed to the four wheels thanks to permanent all-wheel drive. Propulsion only stops at 315 km/h The exclusive ABT Power R* performance upgrade is responsible for the extremely impressive performance. The intercooler and turbocharger, which were specially developed for the Signature Edition models, in combination with the high-tech control unit ABT Engine Control (AEC), provide for the racing performance. The optimised electronic lowering system ABT Level Control ensures safe road holding at all times. The matching self-confident sound is orchestrated by an ABT exhaust system made of stainless steel, which flows into two double end pipes with a diameter of 105 millimetres. As with the Johann Abt Signature Edition, there is once again an extensive aerodynamic kit with a special and completely different surface structure. "Signature Carbon Bold" is the motto this time for a large number of add-on parts. The striking unique structure adorns, for example, the front lip, the front blades, the front skirt inserts including air intake grille and optimised air flow, the front grill add-on, the fender extensions, the mirror caps, the door strip attachments, the rear trim panel set, the rear skirt add-on and the rear spoiler. The wheelhouse ventilation front and the rear spoiler lip are presented in "carbon glossy black". The forged rims of all Signature Editions are completely unique in design and are not found in the normal collection of the tuner. The HIGH PERFORMANCE "Signature Edition 23 glossy black" used here already bears its enormous dimensions in its name. The wheel with the distinctive SE lettering is even larger than on the Johann Abt Signature Edition. The corresponding tyres measure 295/35 R23. In the interior of the RSQ8 Signature Edition, the proud owner can expect exquisite materials such as Alcantara and accents which, in terms of individuality, go far beyond the series standard of the RS model and also the R models from ABT Sportsline. Just one of many aspects here is the continuation of the elaborate diamond stitching on the seats in the course of the door refinement as well as the foot and boot mats. In addition, the "Signature Carbon Bold" surface scheme is taken up again, for example on the steering wheel clasp or the decor panels. So that you immediately know what a noble vehicle you are looking at, this RS Q8 proudly presents an embossed ABT logo in the headrests as well as the RSQ8 Signature Edition lettering embroidered in the shoulder area of the seats. This can also be found as a signet in the centre armrest, as a badge on the floor mats or in the form of the integrated entrance lights. Even though every handcrafted component of the RSQ8 Signature Edition issomething special, one unique detail still stands out. It makes each of the 96 high-performance vehicles unmistakably unique. A time capsule in the centre console contains a fragment of Johann Abt's first winner's trophy, which the founder's grandson once won on the grass racecourse in his hometown of Kempten. For over 60 years, the family and the company have guarded this metal racing DNA like the apple of their eye. And now, in every vehicle, a small piece of this priceless trophy tells the story of photo finishes, pole positions and more than 300 victories that ABT Sportsline has achieved on countless racetracks around the world. From 6pm today, 28/04/2022, you can marvel at this video of the Signature Edition on the ABT YouTube-channel and on the ABT Sportsline social media channels Instagram and Facebook.

Learn more
Share this page with your friends:
back