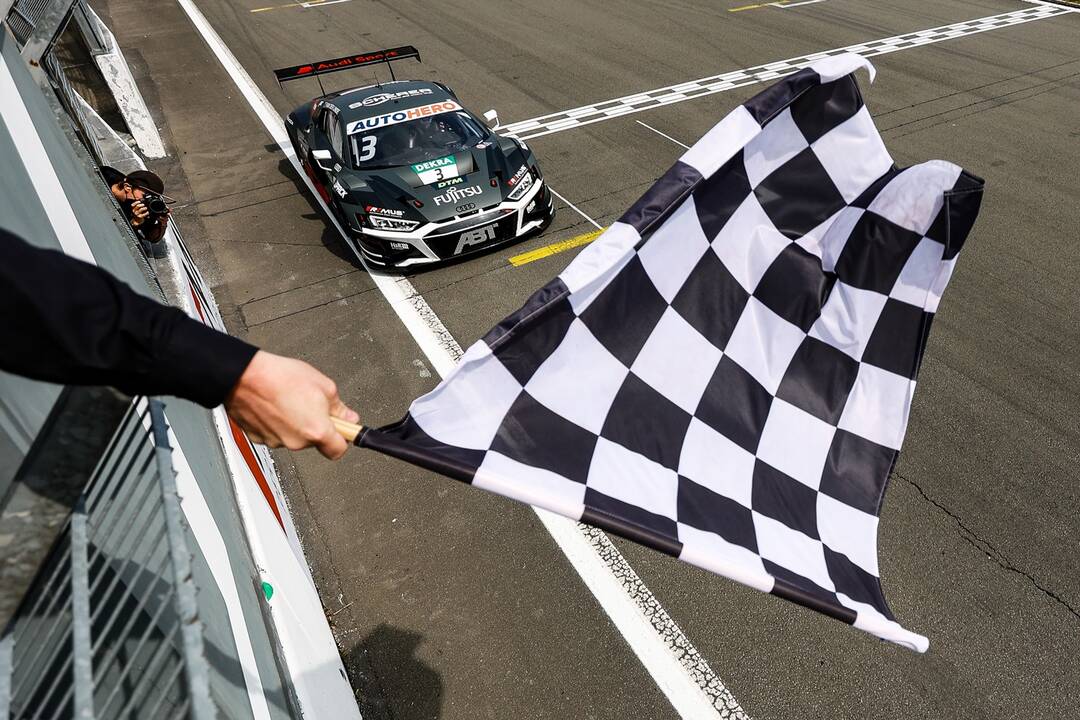 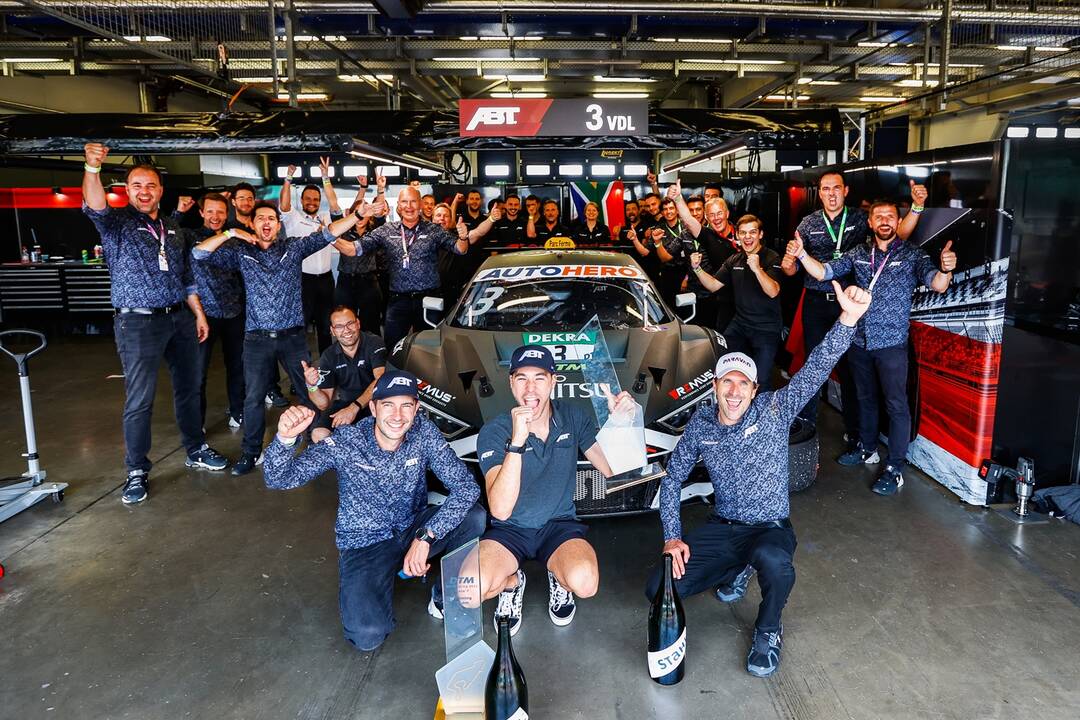 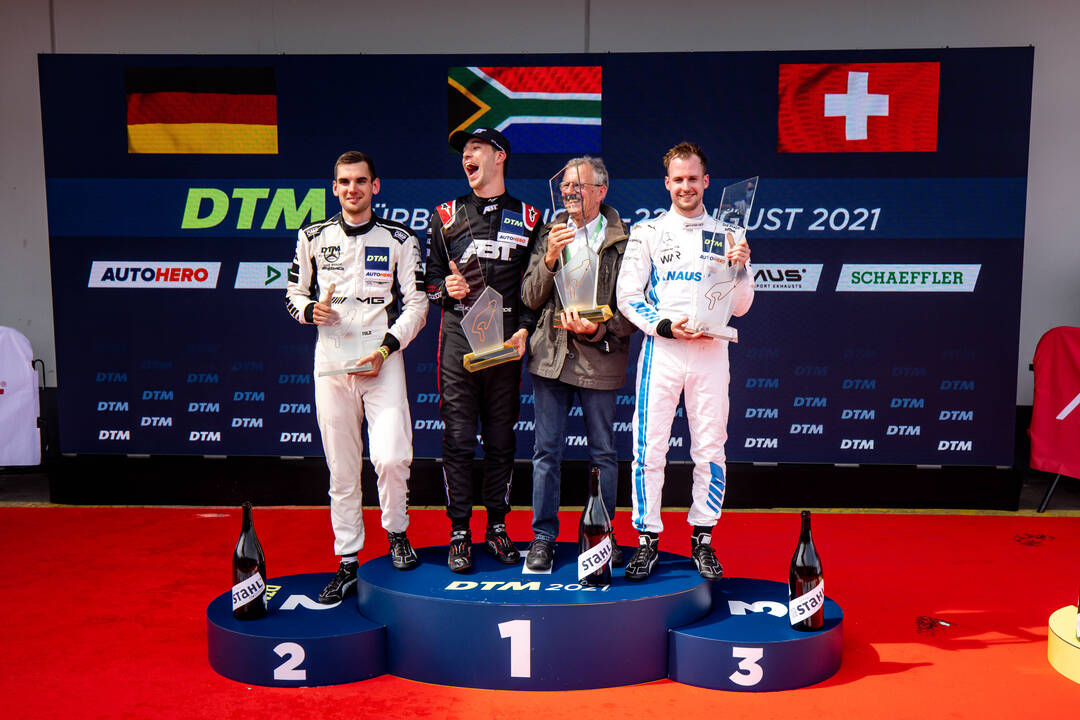 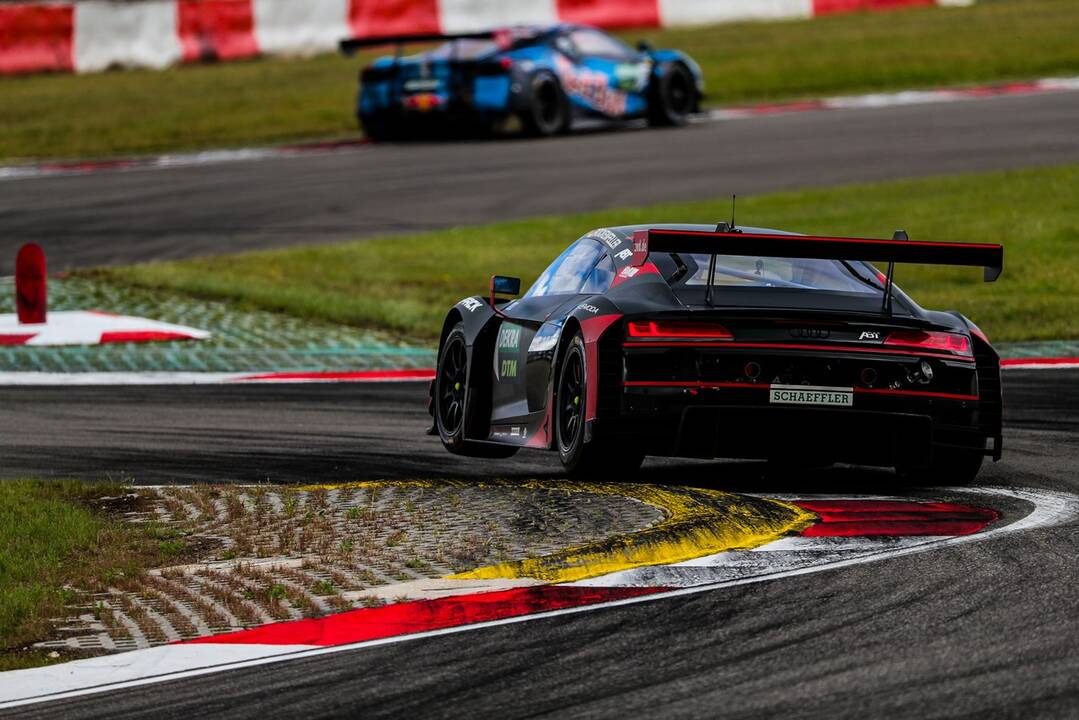 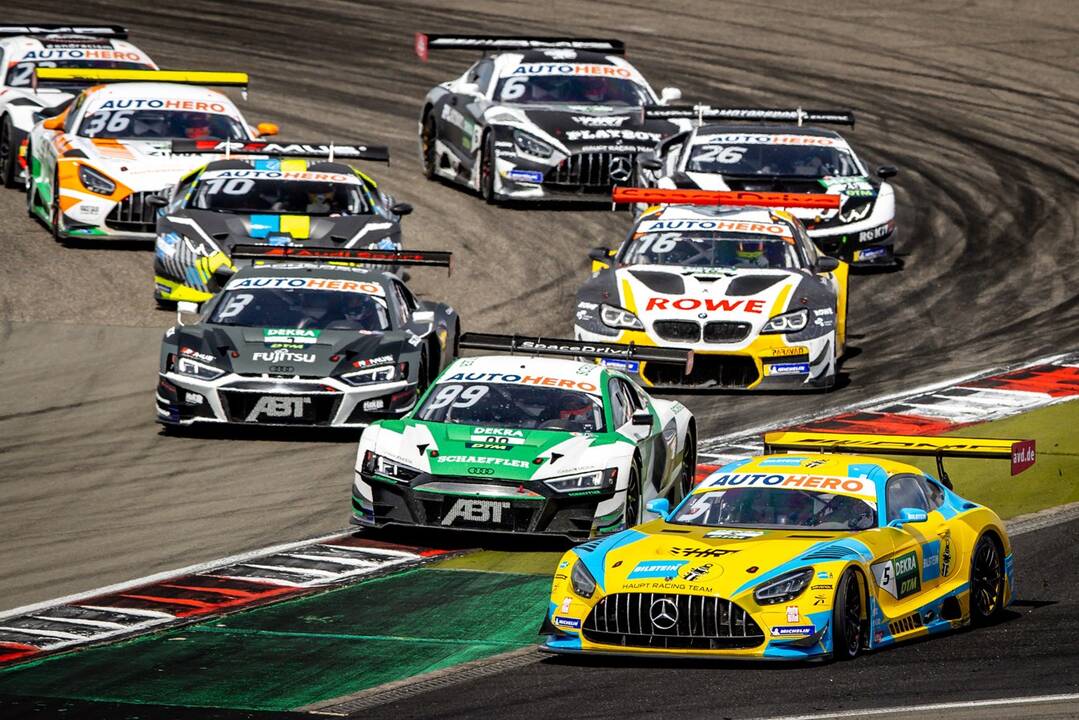 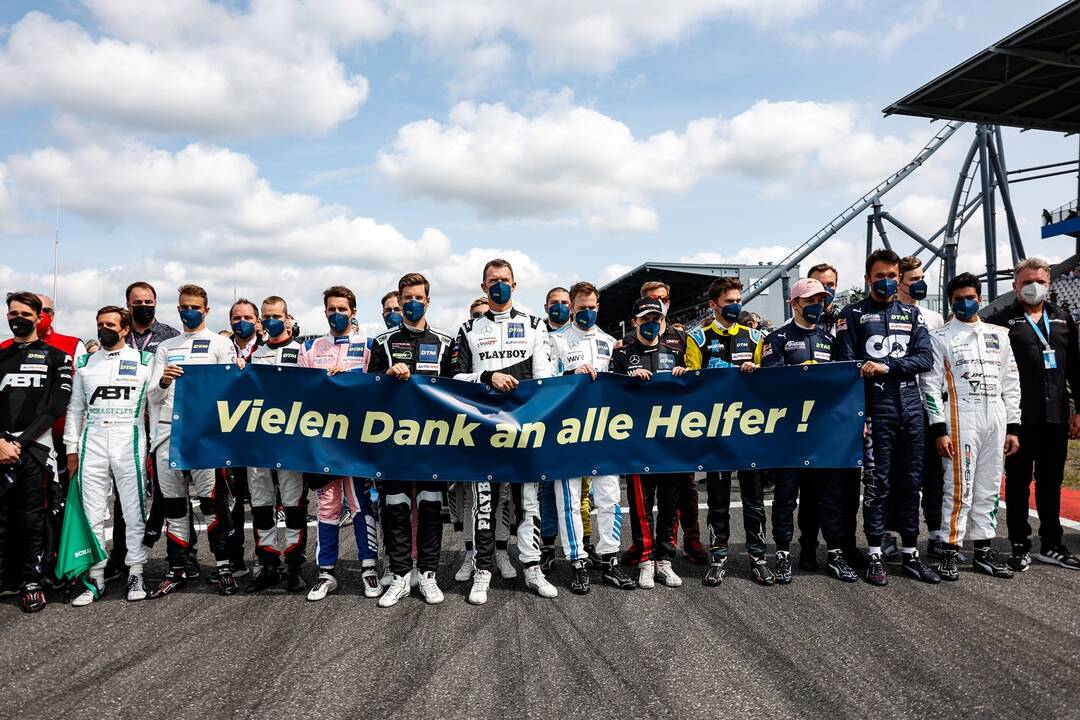 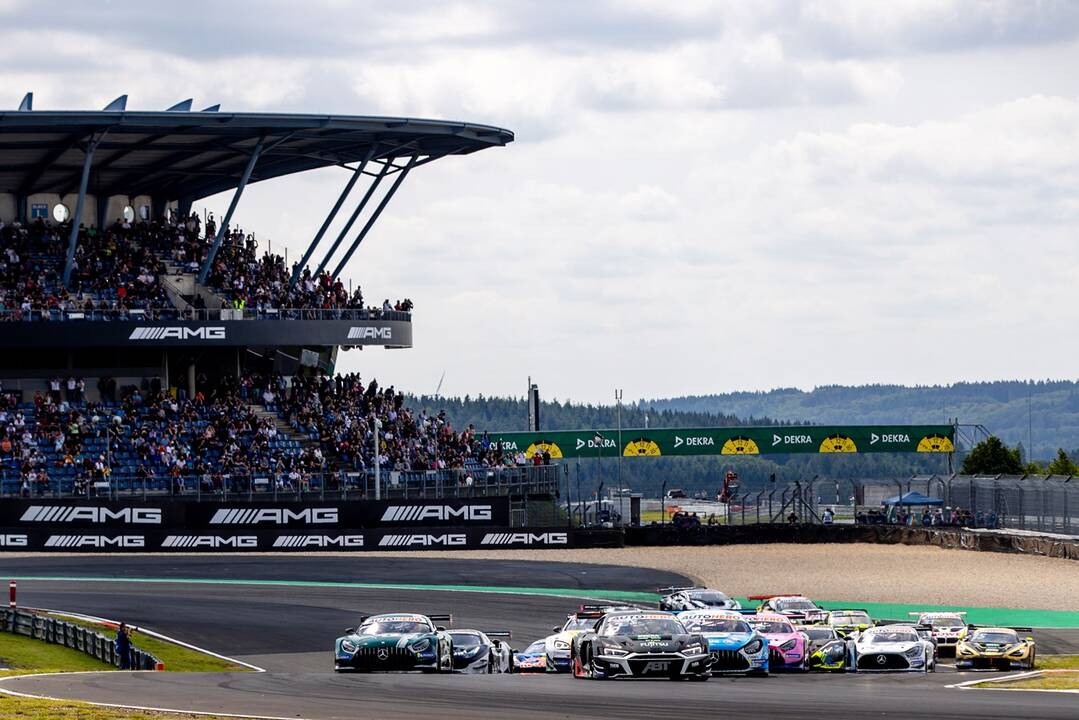 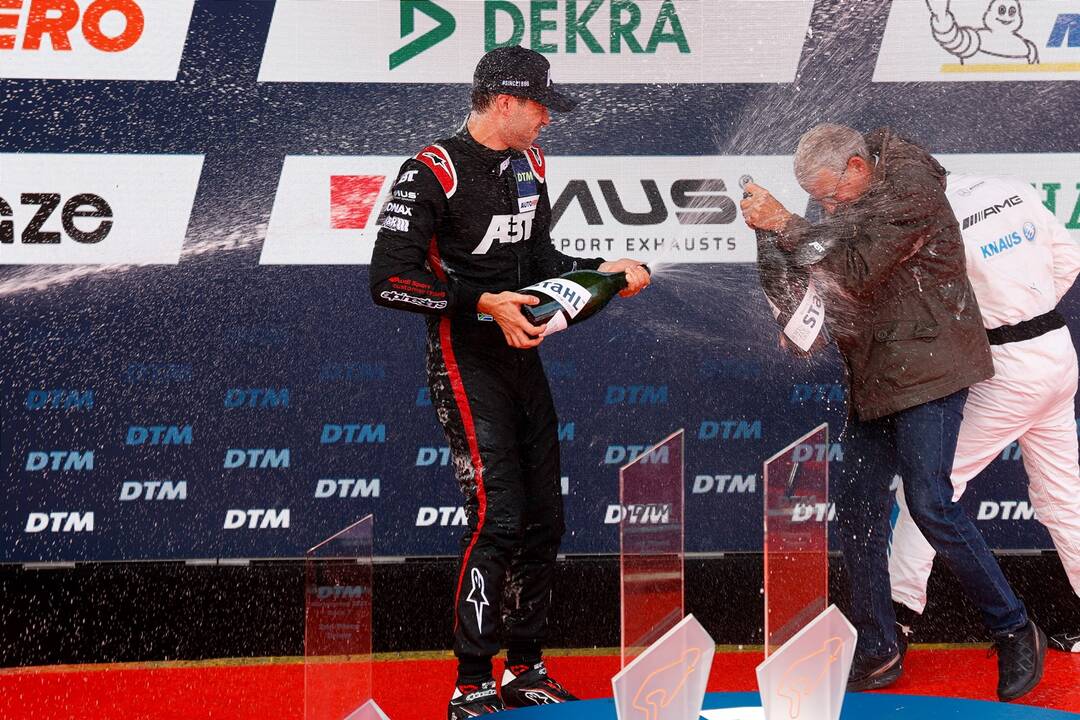 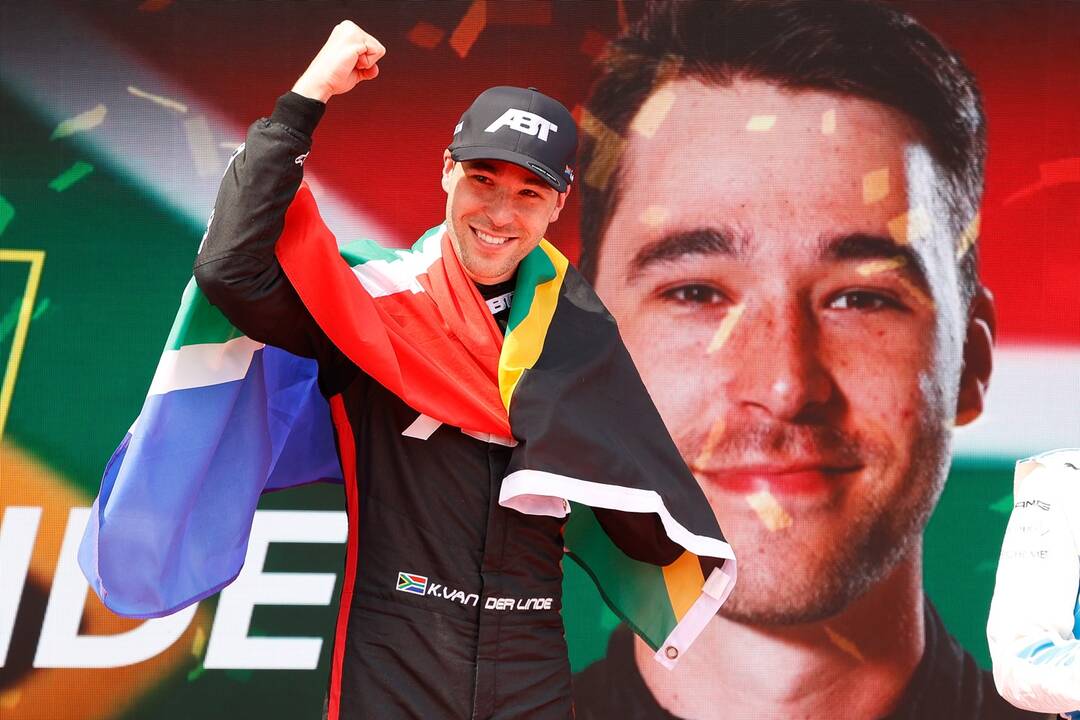 70th victory for Team ABT Sportsline in the DTM

Kelvin van der Linde has given Team ABT Sportsline its 70th victory in the DTM. Following his victories at Monza and Zolder, the championship leader also won Saturday’s race at the Nürburgring. After the first half of the season, the South African, who lives near Kempten, has a 33-point lead in the drivers’ championship. In the teams’ championship, ABT Sportsline is also at the top of the table after the first half of the 2021 DTM season.

Saturday was a picture-perfect day for ABT Sportsline: Kelvin van der Linde secured pole position for the third time this season with a perfect qualifying lap and then celebrated a commanding victory. On the way, he only had to shake twice when late stoppers Timo Glock and Alex Albon put up a massive fight against the ABT driver. The South African stayed cool, grabbed the two opponents and, after crossing the finish line, ordered an ice cream from SAT.1 commentator Eddy Mielke, which was promptly served to him by colleague Andrea Kaiser at the podium ceremony.

Walter Kolb accepted the trophy for the winning team. The 73-year-old pensioner from Isny had auctioned a seat at the pit stand of ABT Sportsline for the race at the Nürburgring by donating 6,000 Euros for the victims of the flood disaster in the region. The DTM was the first race event after the flood at the Nürburgring.

Before the start of the race, children affected by the flood had visited the ABT Sportsline pit and were even allowed to hold the steering wheel of the eventual winning car in their hands before the race. The visit of the children touched the ABT drivers deeply.

During a minute of silence and interviews before the race, Mike Rockenfeller had tears in his eyes. “Luckily I was wearing sunglasses,” said the ABT driver, who grew up near the Nürburgring. Things didn’t seem to go well at all for “Rocky” at his home race afterwards. After the first lap of Saturday’s race, he found himself in 21st place, but then fought his way up to third after a late pit stop and was subsequently celebrated as the “man of the race”.

The dream Saturday for ABT Sportsline was followed by a nightmare on Sunday: in a wild race, Kelvin van der Linde was touched by Liam Lawson when braking for the chicane and pushed into his team-mate Mike Rockenfeller. Both ABT drivers had to retire and remained without points for the first time this season.

Markus Winkelhock, who replaced Sophia Flörsch at the Nürburgring, also got to know Liam Lawson. The Swabian moved through the field on Saturday in Mike Rockenfeller’s slipstream, but then collided with Lawson on his way to the front. The subsequent drive-through penalty cost him a top ten result. In the turbulent race on Sunday, Winkelhock also fought in the leading group with his ABT Audi R8 LMS until a drive-through penalty.

Thomas Biermaier (Team Principal Team ABT Sportsline): “It was a very emotional weekend. To be able to host races at the Nürburgring again as the first racing series after the flood disaster was something very special. It was great to see so many enthusiastic people in the grandstands and also to bring some joy to the children who visited us. The fact that our guest at the pit stand was able to experience a victory was a great end to our auction in aid of #wirfuerdieeifel. As nice as Saturday was, Sunday was bitter for us. We want to see tough battles. But the DTM should not become bumper cars.”

Kelvin van der Linde (ABT Audi R8 LMS #3): “Overall it was a positive weekend. We have further extended the championship lead. The team worked incredibly well. We struggled in free practice on Friday. Overnight we turned the car around and made it even better after the first qualifying. The car was mega. That’s what makes the ABT team so special: We never give up and always want to perform better. Thanks to the team! The second race on Sunday didn’t go according to plan. But days like that are part of the game.”

Mike Rockenfeller (ABT Audi R8 LMS #9): “Saturday good, Sunday bad. Saturday didn’t seem to be my day: first my lap in qualifying was cancelled, then I had to avoid a crash in front of me right after the start and was 21st. I thought: that’s it. To finish third with a great strategy, a good restart and a great pace was fantastic. Unfortunately, that put extra weight in my car for Sunday. We knew it wouldn’t be an easy race from ninth on the grid. We tried to do a strategy completely different from Saturday. It seemed to work: fifth would have been possible. But then I was taken out of the race. There was nothing I could do.”

Markus Winkelhock (ABT Audi R8 LMS #99): “It was really fun to drive in the DTM once again – especially for ABT Sportsline. The team is simply great. Many thanks for that! My goal was to finish in the top ten. I could have achieved that, but unfortunately there was a drive-through penalty in both races. Nevertheless, I am happy. I showed twice that the pace is there and that the steer-by-wire system works very well. Unfortunately, it didn’t translate into countable results.”