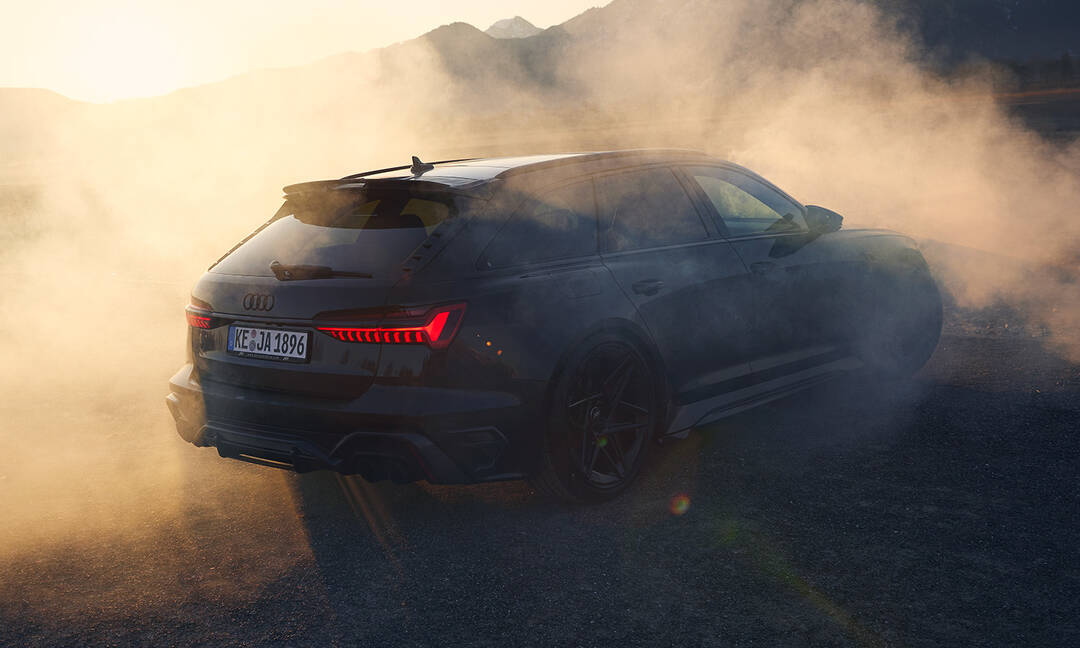 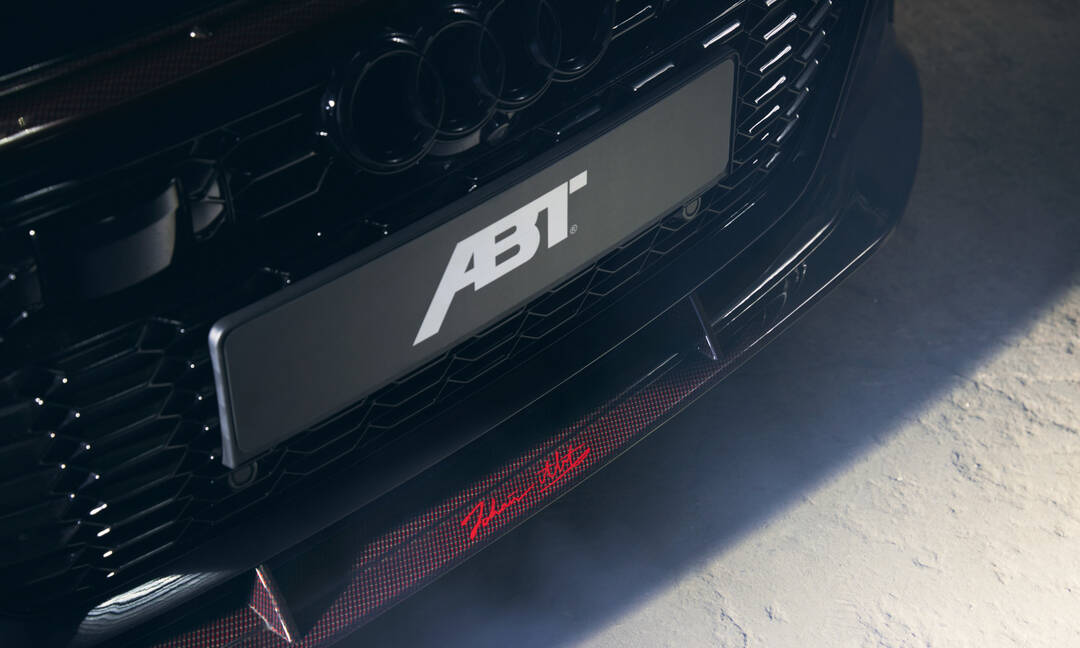 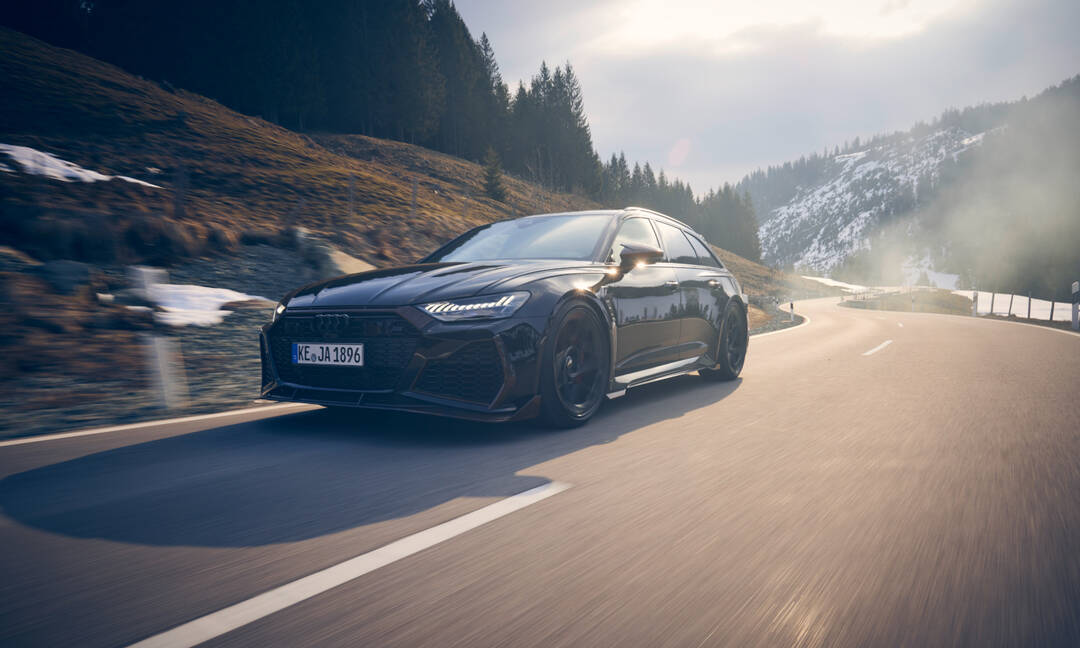 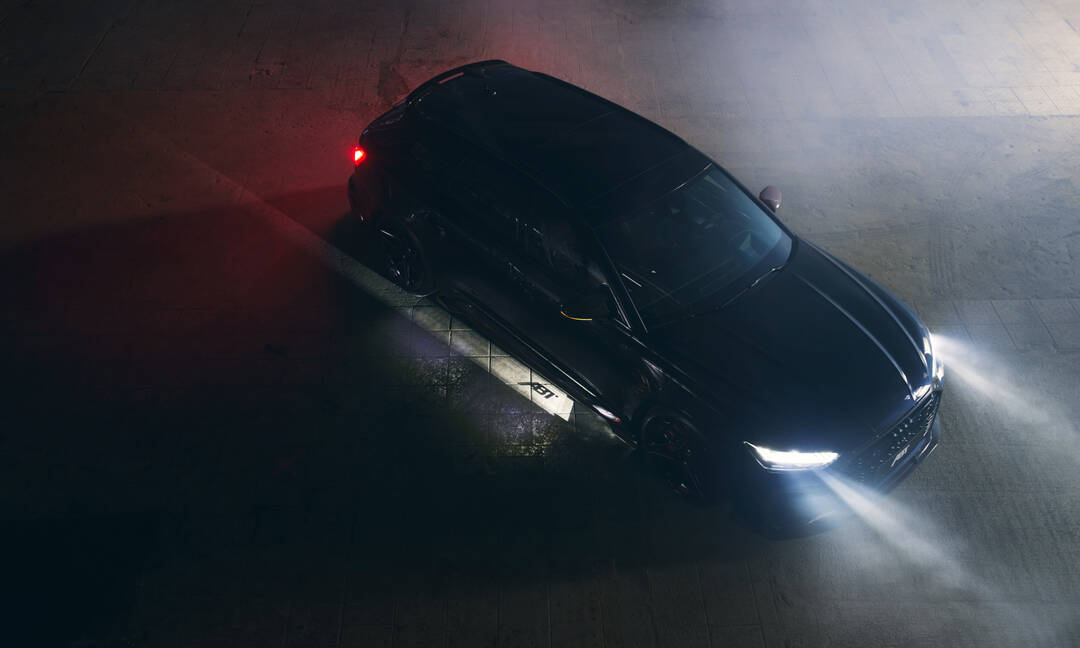 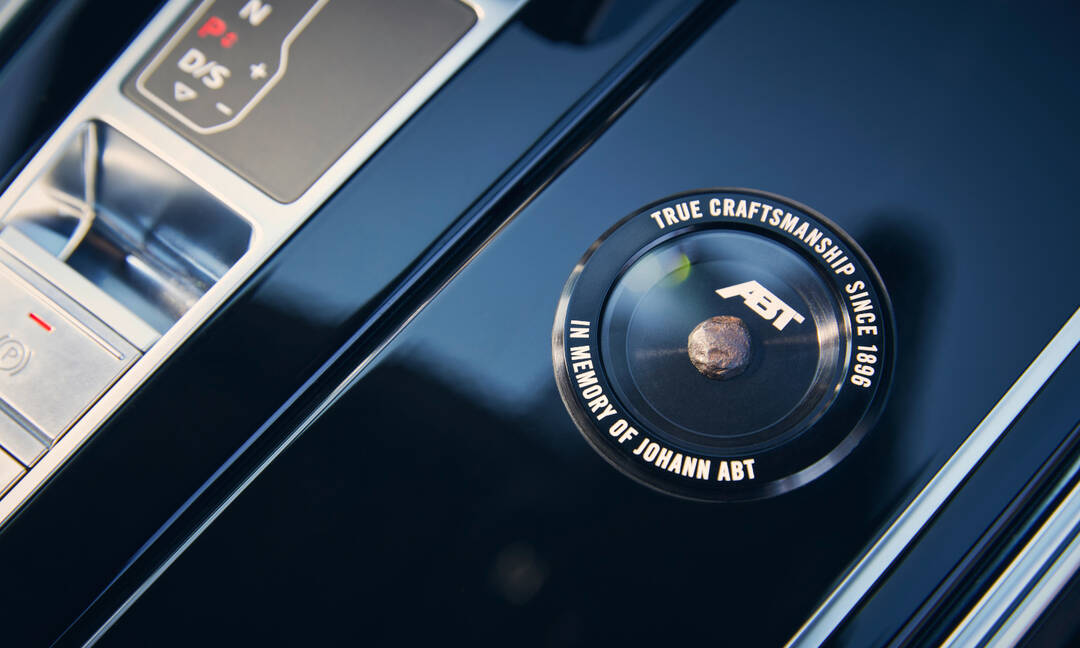 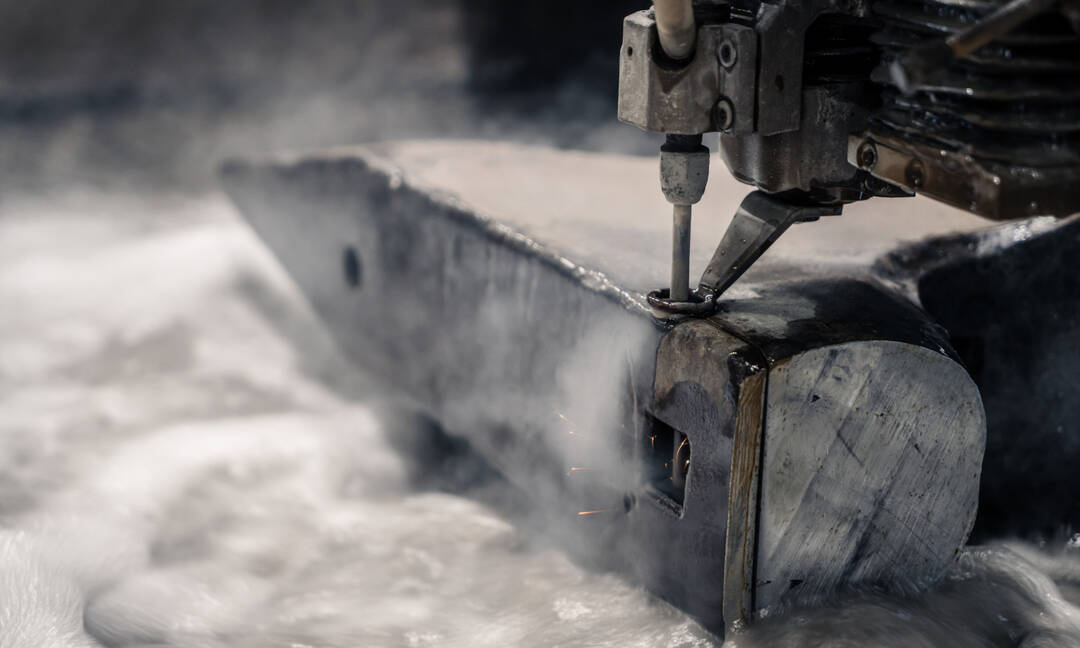 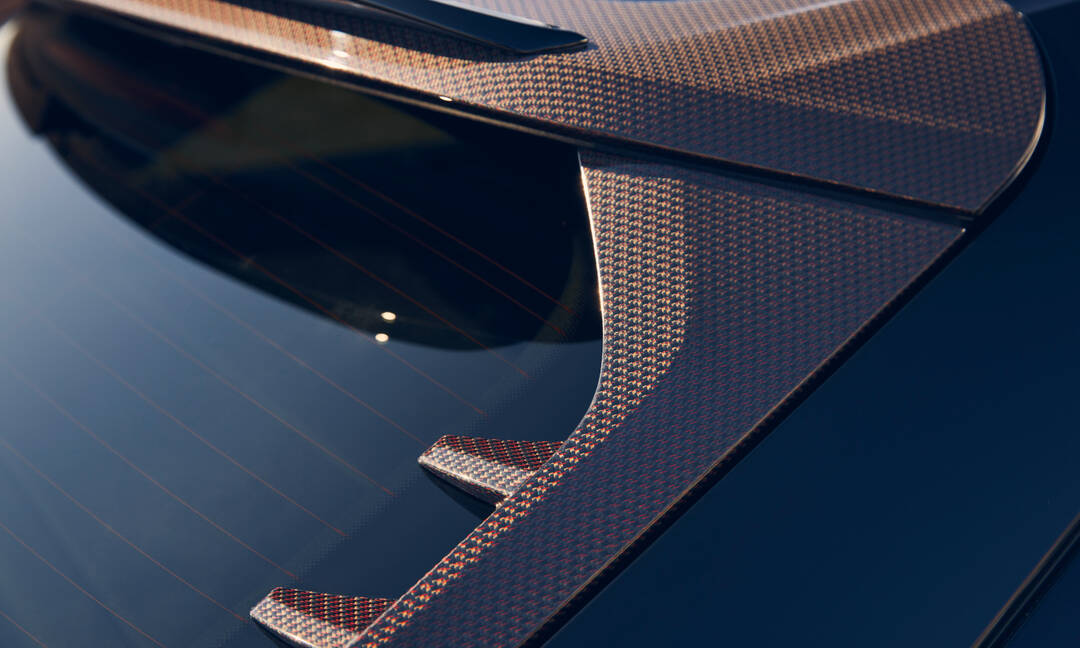 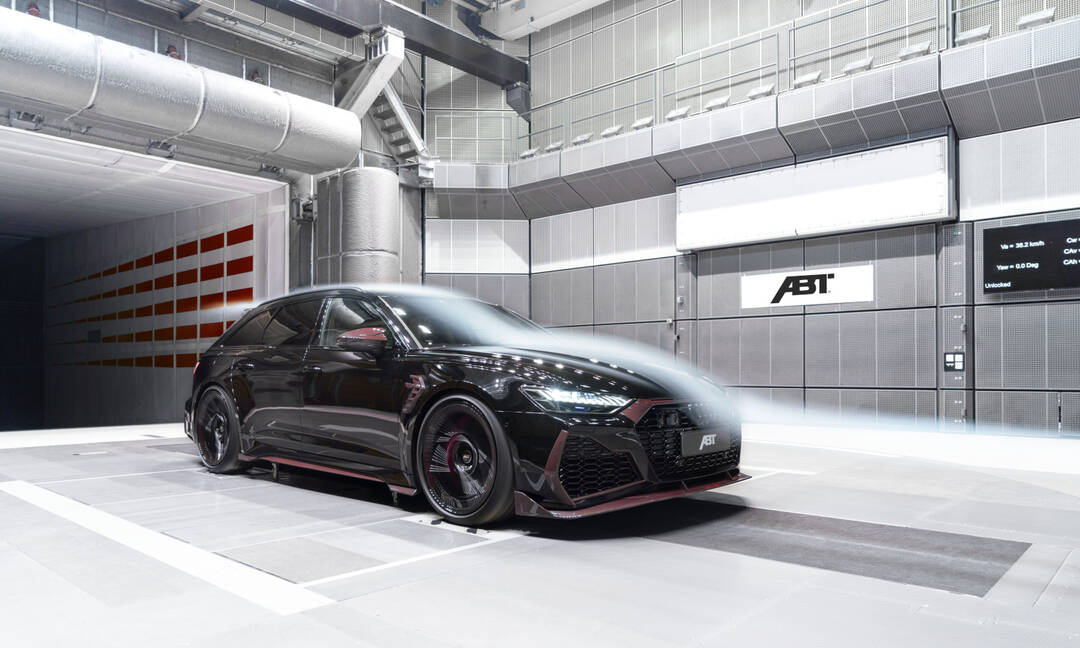 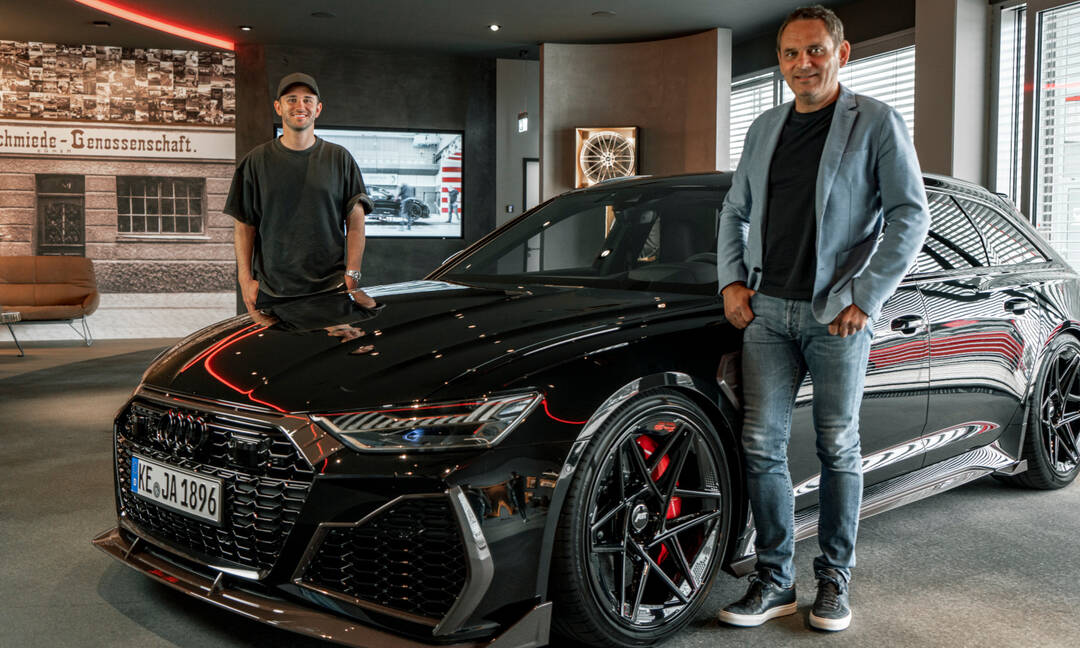 In order to celebrate the tuning company's 125th anniversary, ABT Sportsline is presenting its most exclusive road vehicle to date. Only 64 cars of the 800 HP "Johann Abt Signature Edition" will be built. A very special highlight is the integrated time capsule, which contains a fragment of the original anvil from company founder Johann Abt.

For its 125th anniversary, vehicle tuner ABT Sportsline has dedicated the most exclusive masterpiece in its history to the company’s founder: The unique homage, named the Johann Abt Signature Edition, comprises just 64 cars using the RS 6 as its platform – one for each year of the legendary Bavarian blacksmith’s life. The small workshop was set up in 1896 and became the world’s largest automotive aftermarket and performance parts specialist for Audi and VW. “A motorsport mechanic will be responsible for the conversion of each individual example – a unique and exceptional event. One man, one vehicle – from start to finish”, enthuses CEO Hans-Jürgen Abt: “Six cars per month will be hand-built.”

Johann Abt’s original signature pervades throughout the design of the collector’s piece as a central feature. The historic spelling with the single “n” and the doubling line represents the utmost in authenticity. The reference to the founding story is not merely a philosophical question, but is underpinned by a unique relic. Hans-Jürgen Abt explains: “Johann Abt’s first anvil provided many years’ loyal service. On this anvil, my great grandfather transformed his vision into innovation. It is an irreplaceable piece of history, that has now earned a worthy place for eternity: not in the museum, but in the most exclusive ABT of all time.” Each of the 64 cars contains a time capsule with a fragment of the original anvil. An additional highlight: The elaborately manufactured and back-lit emblem strip with consecutive numbering # xx of 64.

“The successor to our sold-out ABT RS6 R 1/125 is defined not only by the connection to our history and the myriad attractive details. Its performance, which was measured on the high-speed track at Papenburg, is revolutionary”, Hans-Jürgen Abt continues. A single statistic says it all: From 0 to 100 km/h in 2.91 seconds – a whole 0.69 seconds faster than a standard RS 6. The asphalt athlete achieves 200 km/h in just 9.79 seconds after the start. In less than half a minute – 28.35 seconds – it accelerates from 0 to 300 km/h. “The anniversary model has shortened this time by over 20 seconds compared to the production model”, the CEO enthuses. Furthermore, the maximum speed is 330 km/h. Behind these figures is an engine that unleashes the brute force of a forging hammer: 800 HP (589 kW) means 200 HP (148 kW) more than the standard model. The maximum torque is 980 Nm, whereby a peak of 1000 Nm is possible. To achieve these figures, the performance upgrade* utilises in-house developed turbochargers and the high-tech control unit ABT Engine Control (AEC). In addition, new, larger intercoolers provide cooler air. And to maintain a healthy engine temperature even at top speed, an additional oil cooling system has been installed.

Working closely together with the AEC, and making its debut in the Johann Abt Signature Edition, the new ABT App displays live parameters such as current increased performance, additional torque and a range of engine data. Three different driving modes – ECO, POWER and RACE – control the intensity of the performance upgrade and can adapt to lower-octane fuel in the short term.

Performance alone was far from enough for tuning specialists ABT Sportsline. ABT height-adjustable suspension springs and anti-roll bars ensure significantly reduced roll and lean tendency. The ingenious aero package also contributes to the handling. It was tested extensively in a high-tech windtunnel in Stuttgart and its additional turbulence inducer provides 150 kg of extra downthrust on the rear axle. At the front, the sophisticated air routing provides optimal airflow to cooling system and brakes.

“High-performance was essential, as was the design of the anniversary model, which had to be as powerful as the will of our ancestor and founder”, explains Hans-Jürgen Abt. The bodywork scores here with its unique carbon structure Signature Carbon Red, which features a red metallic thread throughout the entire vehicle. Alongside other components, the air inlets, front lip, rear skirt and even the 22-inch forged wheels were developed especially for the Johann Abt Signature Edition: The latter are distinguished by their spoke gaps, the protruding hub cover and the machined signature. “Technically, we have pulled out all the stops and have been able to make a weight saving of an incredible 3.5 kg per wheel, compared to the standard wheels”, explains Abt. The acoustic finale is provided by the ABT exhaust system, which features four 102-mm matt black stainless steel endpipes.

You fall in love all over again every time you get into this collectors’ piece: Not only because of the ABT halo projection with watermark signature, the elaborately manufactured matt black anodised aluminium time capsule, the hand-sewn sport seats, the leather-trimmed doors, the refined central armrest and the door sills displaying the “Since 1896” lettering, but also because of the countless small details. And of course, the stylistic element of the brand-new Signature Carbon Red also features here. It lends the carbon fibre a hint of the unrestrained creative glow, which was a constant feature of Johann Abt’s forge.

Zur Johann Abt Signature Edition
Share this page with your friends:
back