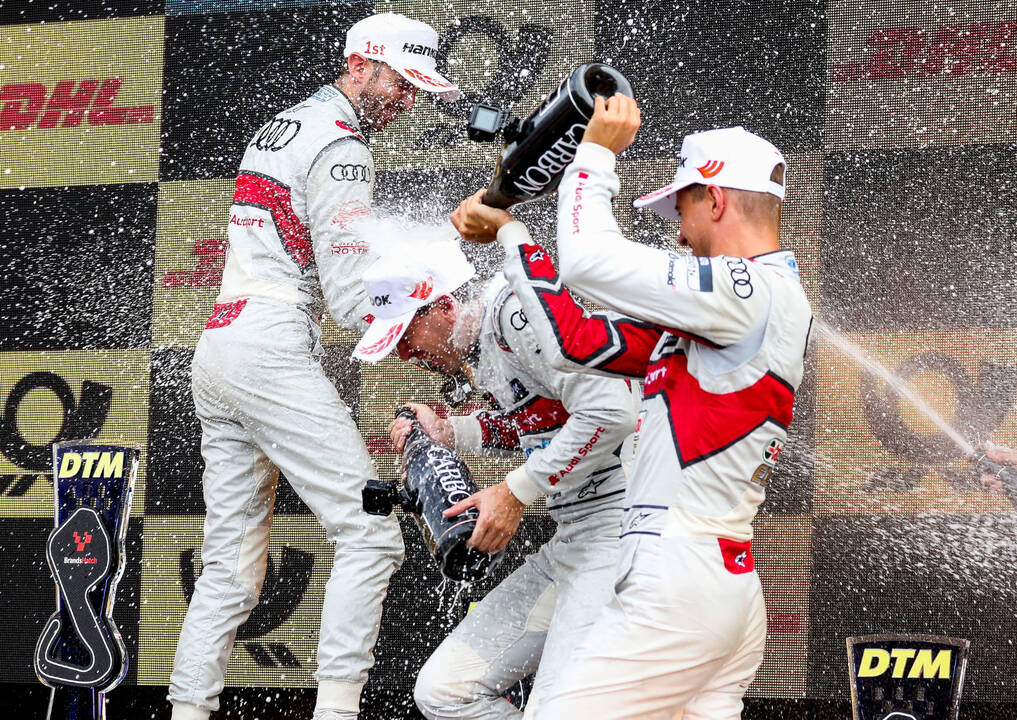 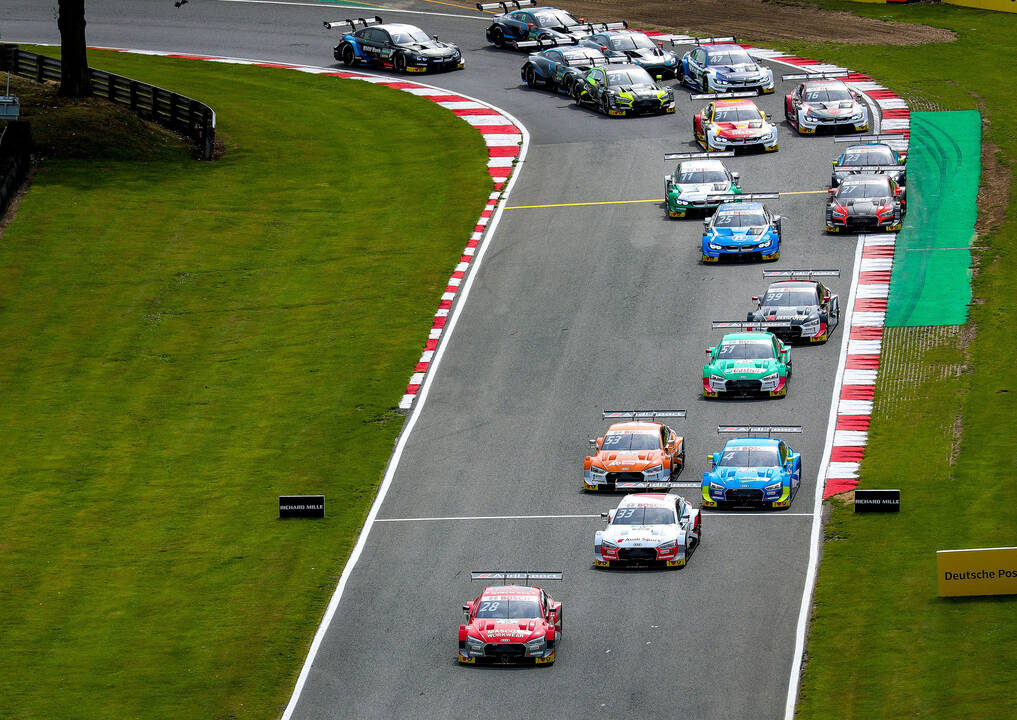 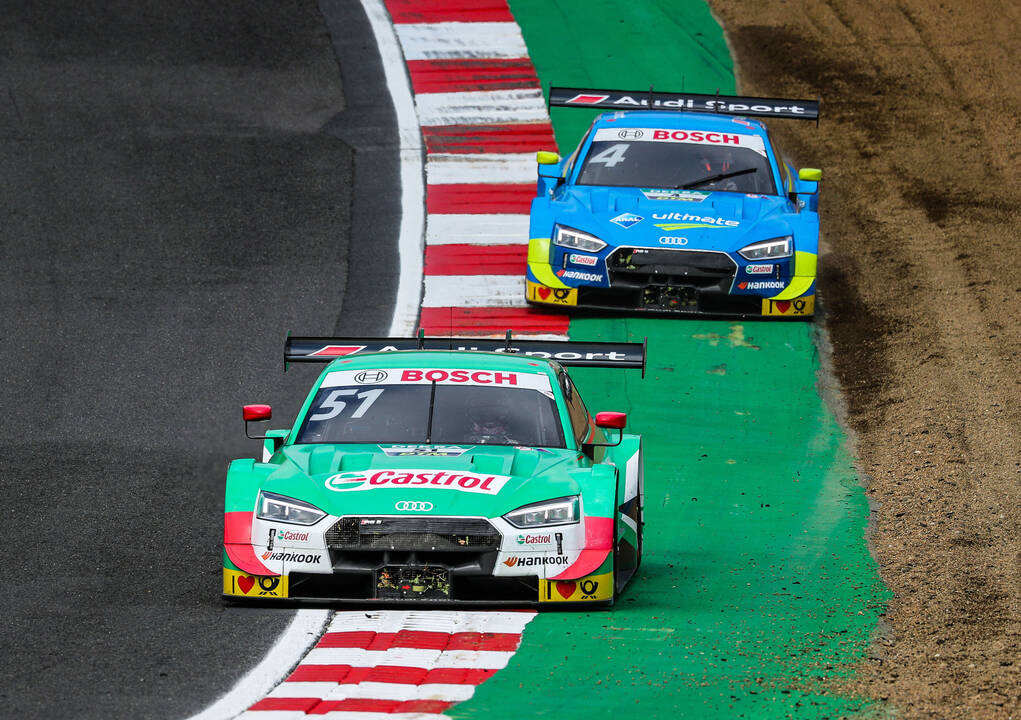 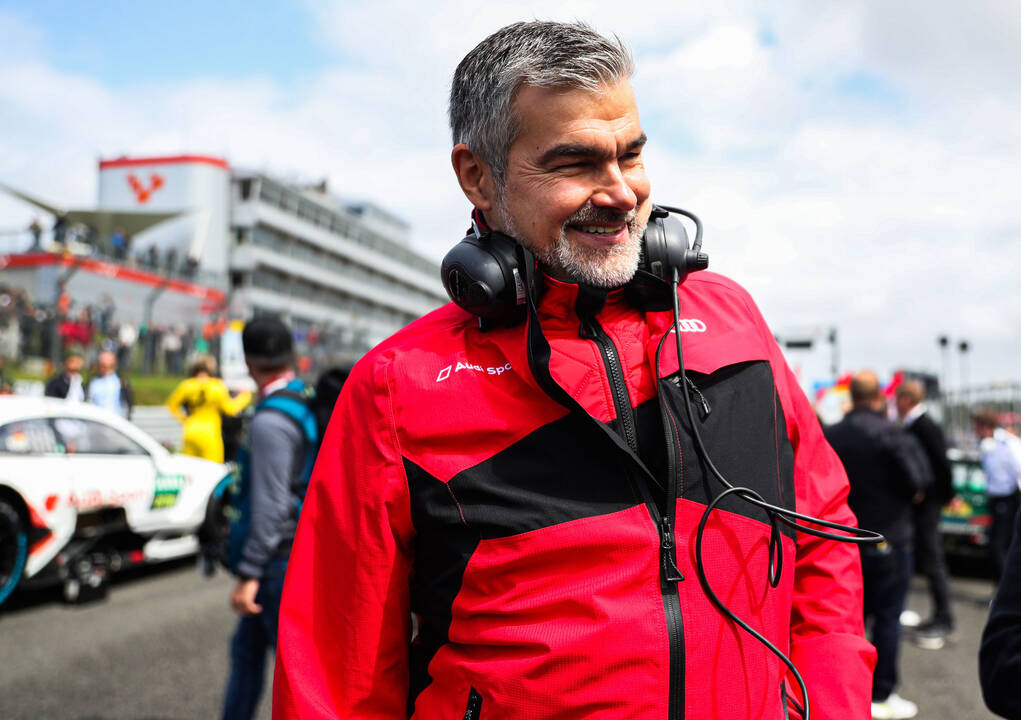 “Super Sunday” in the DTM at Brands Hatch

Audi Sport ABT Sportsline drivers Nico Müller and Robin Frijns again achieved very good results at the DTM in Brands Hatch. For Audi, Sunday was a true "Super Sunday" with a 1-2-3-4 success, maximum points scored, a historic qualifying result and the expansion of the lead in all three DTM championships.

At Saturday, after a less than optimal qualifying, Audi Sport Team ABT Sportsline driver Nico Müller made up ground from eighth on the grid to third position and, as a result, defended his second place in the drivers’ standings behind championship leader René Rast. “The key to this was a good start,” said the Swiss. “Afterwards, the strategy was right and I was able to manage my tires well. That made it possible for us to clinch third position today. After the qualifying, we can be happy with that. We know what we have to work on for tomorrow. We can definitely still improve the car’s balance. Plus, we saved a set of tires today – that’s positive for tomorrow, too.” His teammate, Robin Frijns, after a late tire change in the final stage, fought back from eighth to fourth place.

The organizers of the British DTM race had promoted the second race as “Super Sunday” and in doing so attracted thousands of spectators to the tradition-steeped race track on the outskirts of London. As early as in qualifying, they witnessed an impressive demonstration of the strength of the Audi RS 5 DTM. All eight Audi drivers clearly improved compared to the day before and secured the top eight spots on the grid. The DTM had only seen eight cars from the same brand at the front of the grid once before: 2016 in Budapest, also by Audi.

The squad around Head of Audi Motorsport Dieter Gass converted the dream result in qualifying into the first 1-2-3-4 success achieved by an automobile manufacturer in the new turbo era of the DTM. As a result, Audi, in the manufacturers’ championship, scored the maximum number of 76 points that are possible on one race day.

By finishing in second position, Nico Müller consolidated his second place in the standings. “I didn’t have a good qualifying today either,” said the Swiss. “On my second set of tires, I hit traffic. That’s why the result was only sixth place. In the race, we were fast, but I lost the chance of battling for victory with René due to a slow pit stop. Even so, I’m happy about the good points scored this weekend.”

The podium was completed by Robin Frijns, who the day before had inhaled emissions due to a defect on the exhaust system and woke up with headaches on Sunday. “The race today was good, my car was superb,” said the Dutchman. “After a mediocre start, I was running behind Loïc (Duval) in fourth position. I had the feeling of being a little faster and overtook him after the pit stop. After that, I actually just watched my tires.”

“For Audi, it was truly a ‘Super Sunday’ today,” said Head of Audi Motorsport Dieter Gass. “It already started with the top eight spots in qualifying. We managed to get four cars to finish in the top four spots. That’s a fantastic result! ‘Thank you’ to all who made this success possible.”

The DTM continues on August 24 and 25 at the Lausitzring. At the circuit some 100 kilometers south of Berlin, the DTM will celebrate its 500th race on Sunday.