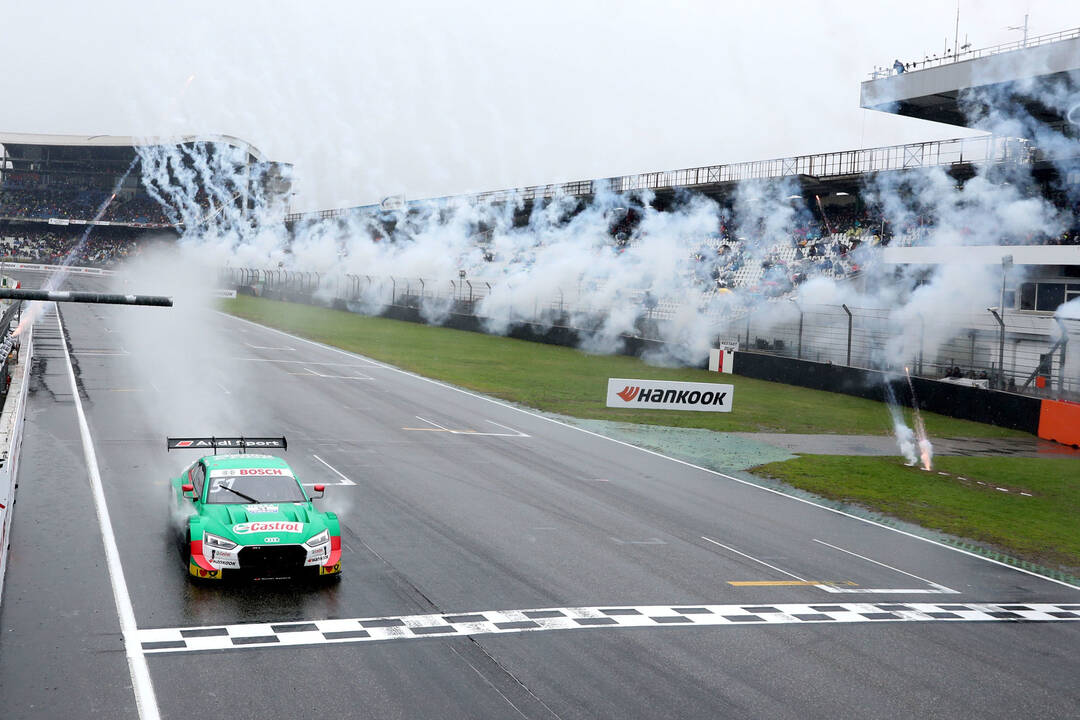 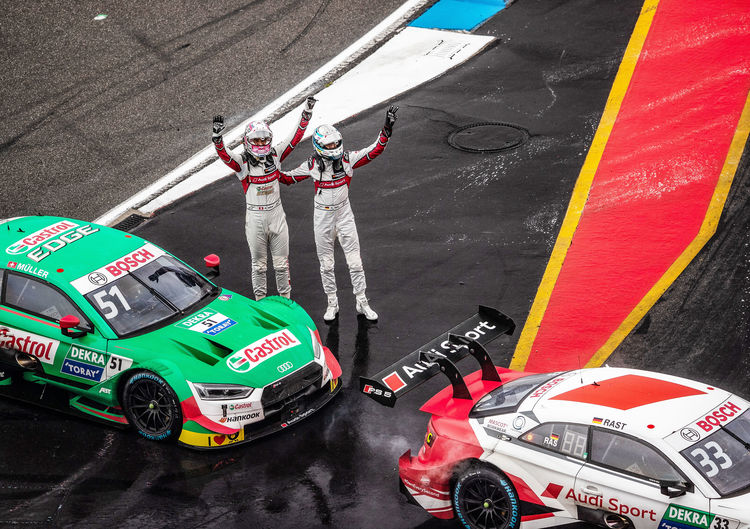 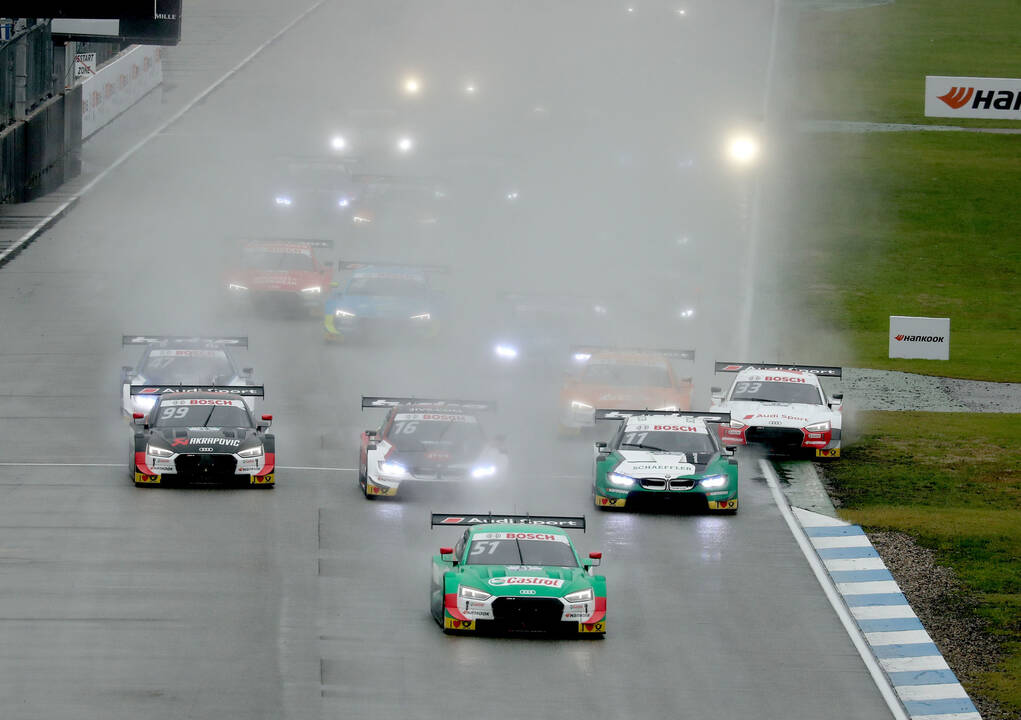 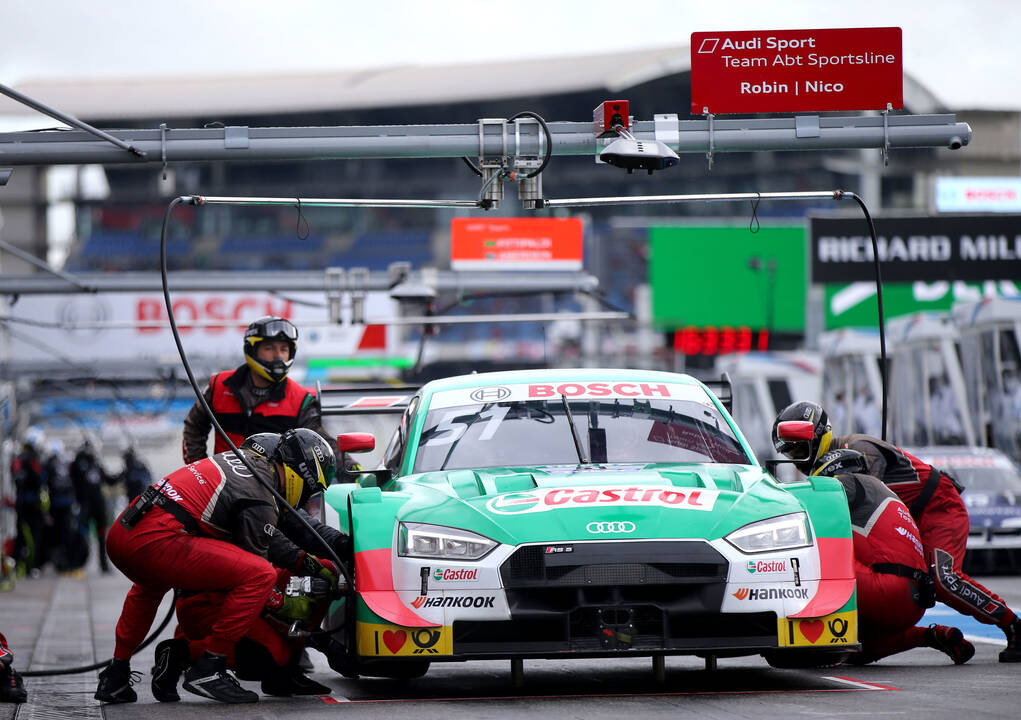 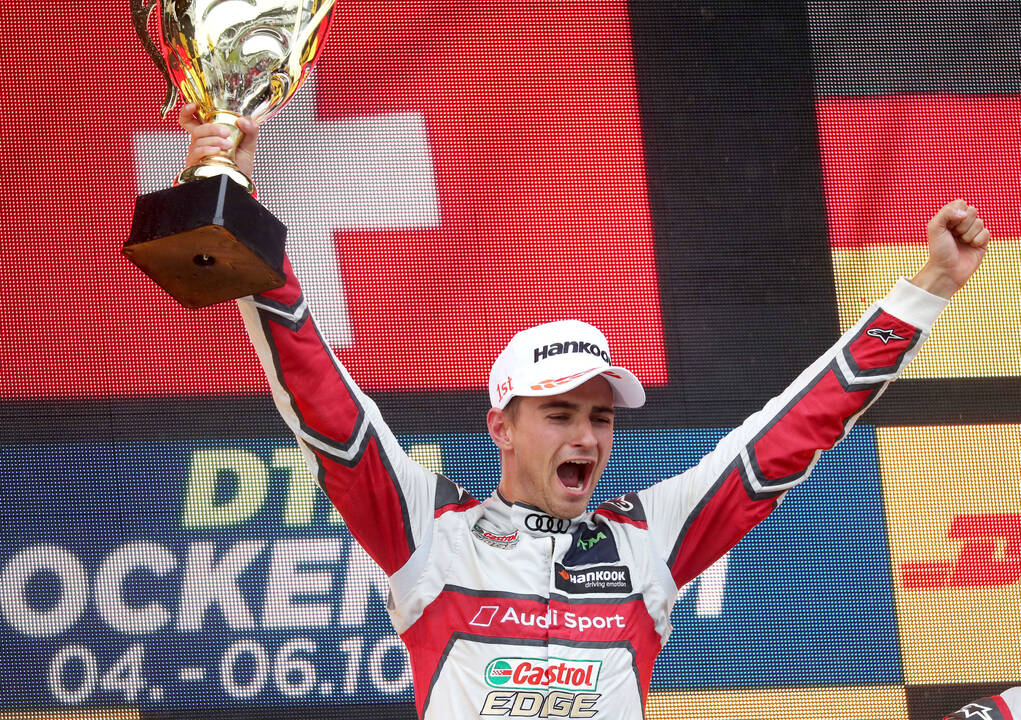 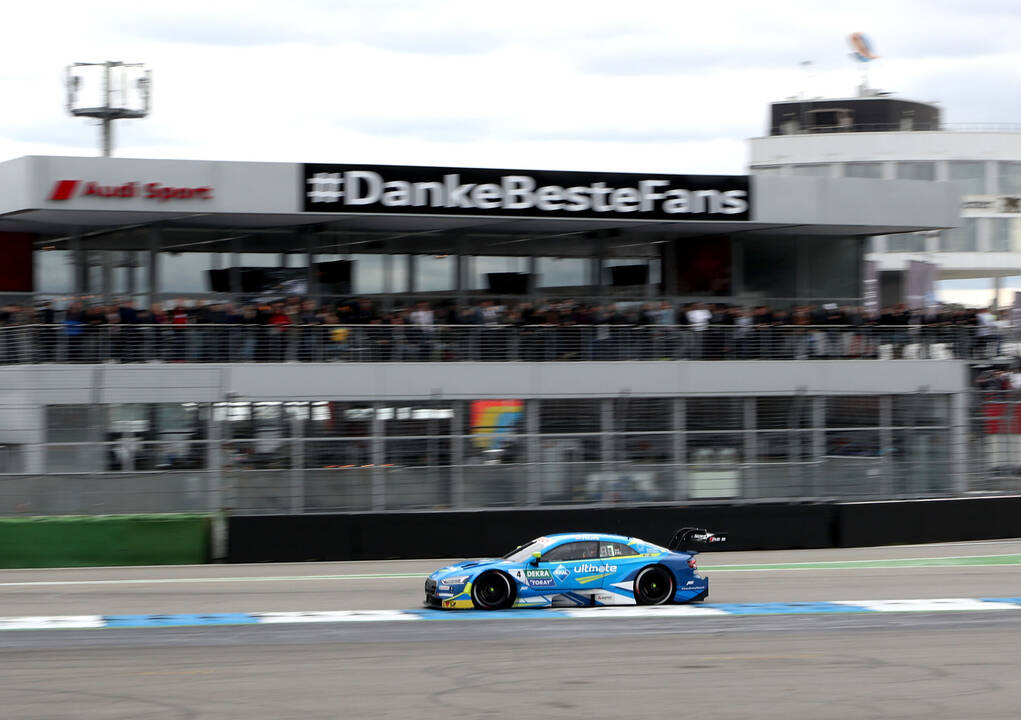 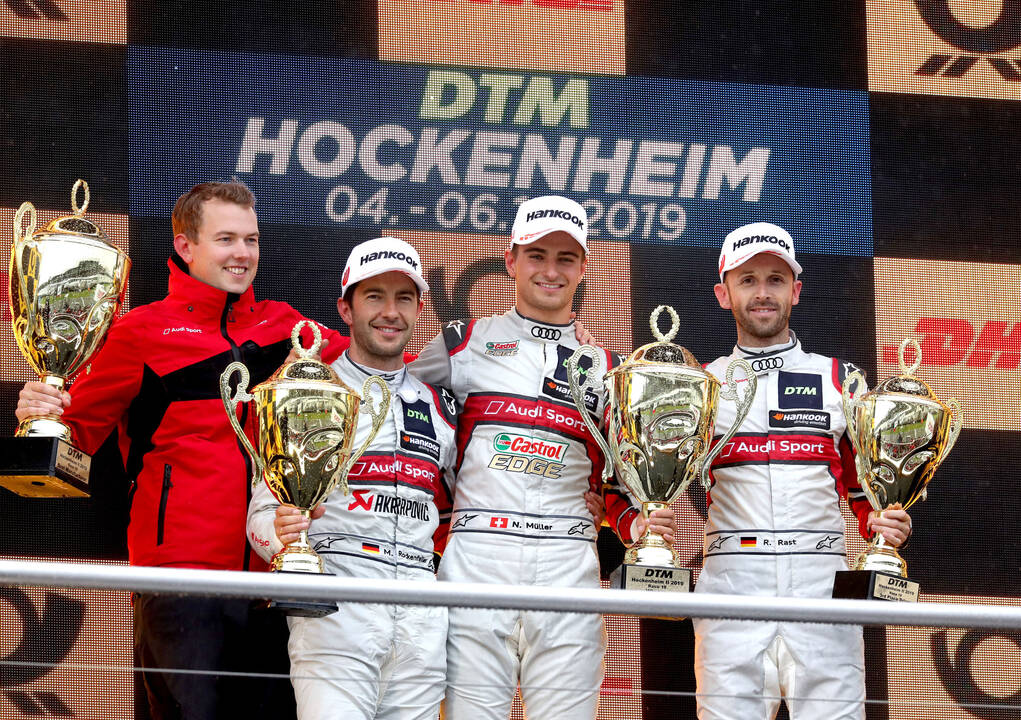 On a rain-wet track, Nico Müller from Audi Sport Team Abt Sportsline was unbeatable on Sunday: from pole position, the Swiss drove to victory in commanding style in spite of having lost some time at the pit stop and briefly dropping behind René Rast. “There’s hardly anything better than finishing the season with a victory,” said Müller. “The runner-up’s spot in the championship is now locked in, too. It was an outstanding season. Thank you to Audi and ABT for the great job this year.”

Twelve victories, twelve pole positions, twelve fastest laps, 40 of 54 possible podium finishes: The Audi RS 5 DTM with its new two-liter four-cylinder turbo engine was the measure of all things in the 2019 DTM. In the manufacturers’ championship, Audi scored 1,132 points – more than twice as many as its immediate rival BMW. After René Rast had clinched the drivers’ title as early as in the third from last race at the Nürburgring, Nico Müller, with a victory in the last race, secured the runner-up’s finish in the championship ahead of Marco Wittmann in a BMW. In the teams’ championship, the three Audi Sport teams, Rosberg, Abt Sportsline and Phoenix, took the top three spots.

“Everyone at Audi can be proud of this exceptional season,” said Member of Audi’s Management Board for Development Hans-Joachim Rothenpieler, who accepted the trophy for the manufacturers’ championship at Hockenheim. “This was Vorsprung durch Technik par excellence, but also a fantastic achievement by the entire Audi squad.”

Audi’s CEO Bram Schot and Hildegard Wortmann, Member of the Management Board for Marketing and Sales, attended the DTM finale as well, and at the garage of Audi Sport Team Abt Sportsline, were delighted to see Nico Müller score his third victory this season and positions two and three by Mike Rockenfeller and René Rast.

Thanks to Mike Rockenfeller’s second place, Audi Sport Team Phoenix still bumped BMW Team RMG from the third spot in the teams’ championship in the last race. “It was extremely slippery today,” said “Rocky.” “Unfortunately, my second set of tires didn’t work well. But fighting back from sixth on the grid to second place is absolutely okay.”

Following his victory the day before, René Rast achieved another podium finish. On lap one, the two-time DTM Champion catapulted himself from eighth on the grid to second position, and briefly led the race afterwards before having to let Nico Müller and Mike Rockenfeller pass him. “Standing on the podium and holding the champion’s trophy in my hands was a very emotional moment,” said Rast. “I was dreaming of racing in the DTM for a long time. That I’ve now won the title for a second time is awesome. I’m happy for everyone who helped make my dream a reality – it’s an incredible feeling. Thank you to Team Rosberg, thank you to Audi!”

With Jamie Green, Robin Frijns and Loïc Duval in positions five, seven and ten, all six Audi factory drivers scored points in the last race. All six also finished the 2019 season in the top eight of the drivers’ championship.

“Tonight everyone deserves a party,” said Head of Audi Motorsport Dieter Gass. “Results like these cannot be taken for granted at all. My thanks go to everyone for all the hard work. It’s a deserved success for the whole Audi family. Locking out the podium again in these difficult conditions with the rain and celebrating the seventh victory in a row is simply fantastic. Our guys made no mistakes today. I’m also very happy that Nico (Müller) was able to finish the season with a victory after the title slipped through his fingers.”