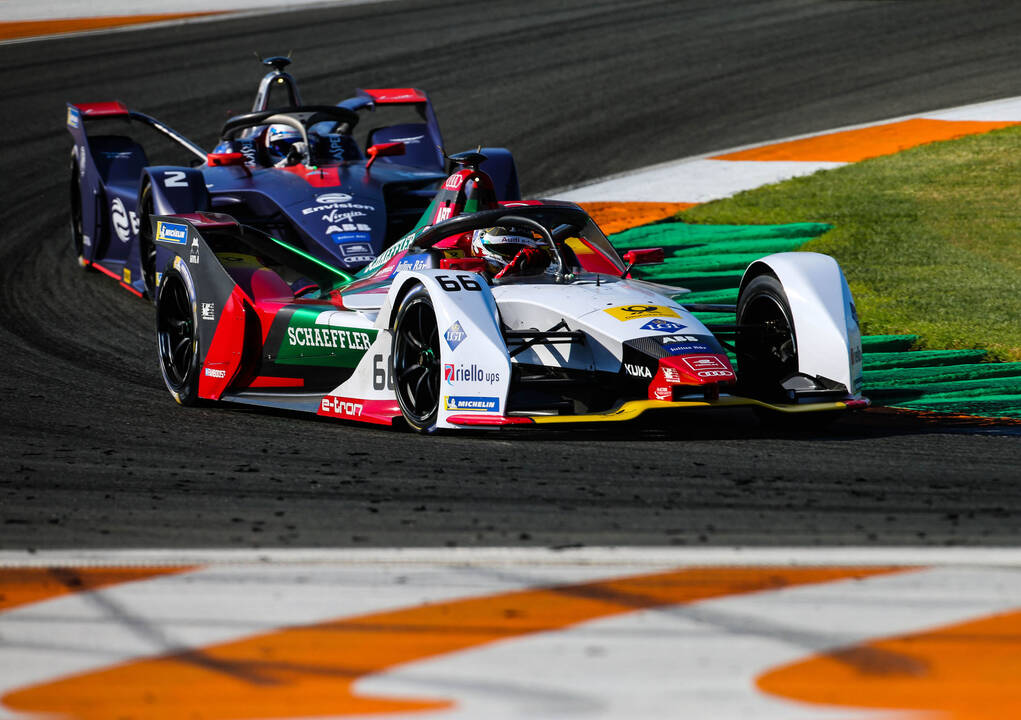 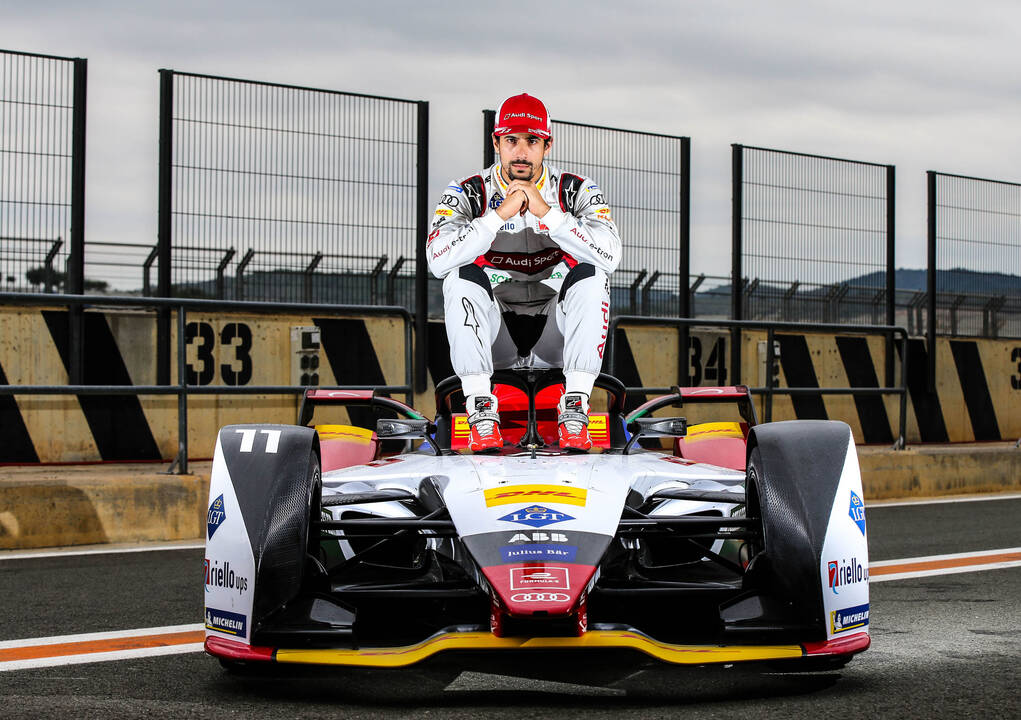 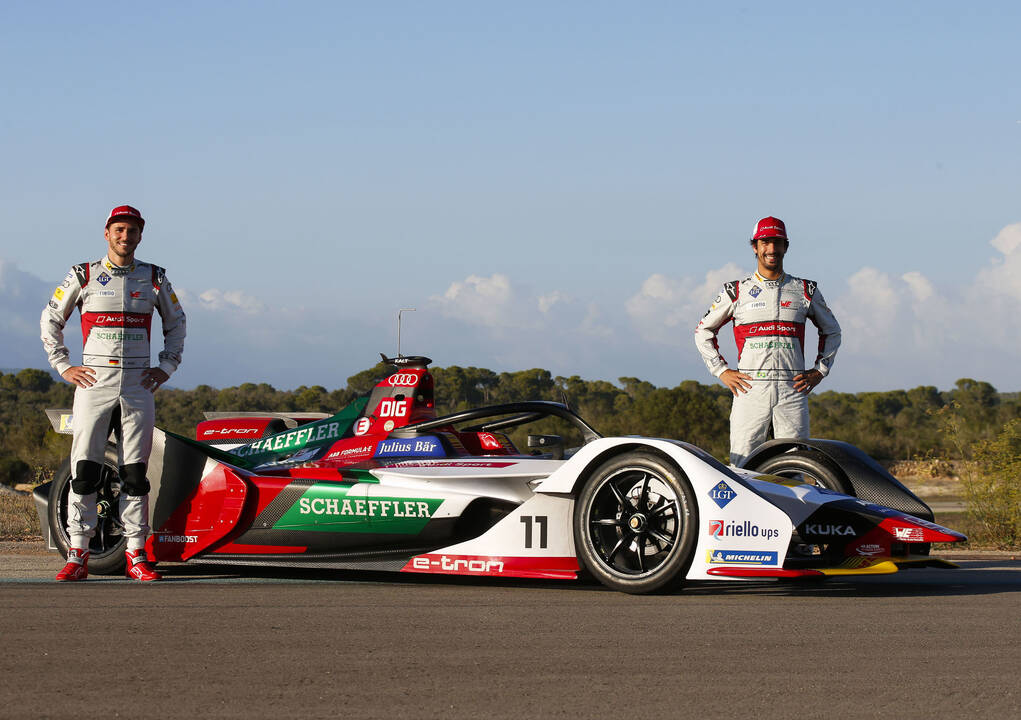 Following a five-month break, Formula E is returning to the race track next Saturday (December 15): In Ad Diriyah, on the outskirts of the Saudi Arabian capital Riyadh, the fifth season of the fully electric racing series will begin. The Audi Sport ABT Schaeffler team with Daniel Abt, Lucas di Grassi and the newly developed Audi e-tron FE05 will be on the grid as the title defenders.

With an impressive fightback and a spectacular final sprint at the last race weekend in New York City, Audi Sport ABT Schaeffler captured the teams’ championship title last season. Now the cards will be reshuffled. “We can hardly wait for the racing to finally start again,” says Team Principal Allan McNish. “It feels like the season finale with all of its emotions was a long time ago. Now we’re looking ahead: The joint pre-season tests in Valencia gave us an initial impression of the relative strengths in the new season. But in motorsport, nothing compares to the magic of the first race day with the first qualifying and race, when you really know where you stand, especially after the months of hard work done by everyone back in Neuburg. My feeling can best be described as suspense and nervous anticipation.”

The opener in Ad Diriyah marks the beginning of a new era in Formula E. The most important innovation: Thanks to the larger battery capacity of the new generation car, the previously required mid-race car swap is no longer needed. Even so, the format will remain strategically exciting with the new “Attack Mode”: When a driver passes through the “activation zone” on the race track, the power output of his car will receive a short-term boost to 225 kW (306 hp). The challenge for the strategists: the FIA determines the number of activations and their duration individually for each race and announces them only just before the race starts.

For the new season, the race distance previously defined by laps, will always be 45 minutes plus 1 lap. The power output in race mode increases from 180 kW to 200 kW. Fans will continue to be able to support their favorite drivers by voting for them on the Formula E website, among other voting platforms. Votes can be submitted starting six days before the race and up until 15 minutes into the race. The five drivers with the largest number of votes will receive the “FanBoost” that can be activated in the second half of the race and gives the driver a short-term power boost to 250 kW.

The season opener also marks the racing debut of two more Audi e-tron FE05 cars from Envision Virgin Racing. The race team from the UK with its drivers Sam Bird and Robin Frijns is using Audi’s race car this season, including the powertrain around the Audi Schaeffler MGU03 motor-generator unit. “It’s great that, together with Envision Virgin Racing, four Audi e-tron FE05 cars will be battling for trophies this season,“says Head of Audi Motorsport Dieter Gass. “That this renowned team has opted for our powertrain also confirms the outstanding work done by our engineers together with their colleagues from our development partner Schaeffler.”

In spite of all the changes in the Formula E environment, Audi relies on continuity within the team: Daniel Abt and Lucas di Grassi are two of only five drivers in the field who have competed in all 45 Formula E races held to date. With 35 podiums, their track record reflects by far the largest number of successes. Lucas di Grassi with 27 trophies and 611 points is the most successful driver in Formula E’s young four-year history.

“It’s hard to believe: now, at age 26, I’m already one of the seasoned drivers in a racing series,” says Daniel Abt with a smile. “But when looking at all of the things that are going to change in Formula E, then all 22 drivers in the new season will arguably be rookies again. We worked hard over the last few months both on and off the track. Now we want to manage the best possible start in Riyadh and have a first impressive showing.”

After four years of starting in the Far East, Saudi Arabia is hosting the season opener for the first time. The 2.494-kilometer circuit with its long straight and 90-degree turns in front of a historic backdrop promises a thrilling race day. “We want to take the momentum from last season with us: as a team, we most recently stood on the podium eight consecutive times and would like to extend this string of success,” says Lucas di Grassi. “Our e-tron FE05 is a powerful car, the team has matured once again and gelled even more closely. Obviously, the competition will be tougher because everyone is investing more in Formula E. We challenged every detail and improved once again. We’re ready.”

On Sunday after the race (December 16), another Formula E test day has been scheduled in Ad Diriyah. For Audi Sport ABT Schaeffler, test and development driver Nico Müller will then take over the cockpit of an Audi e-tron FE05.