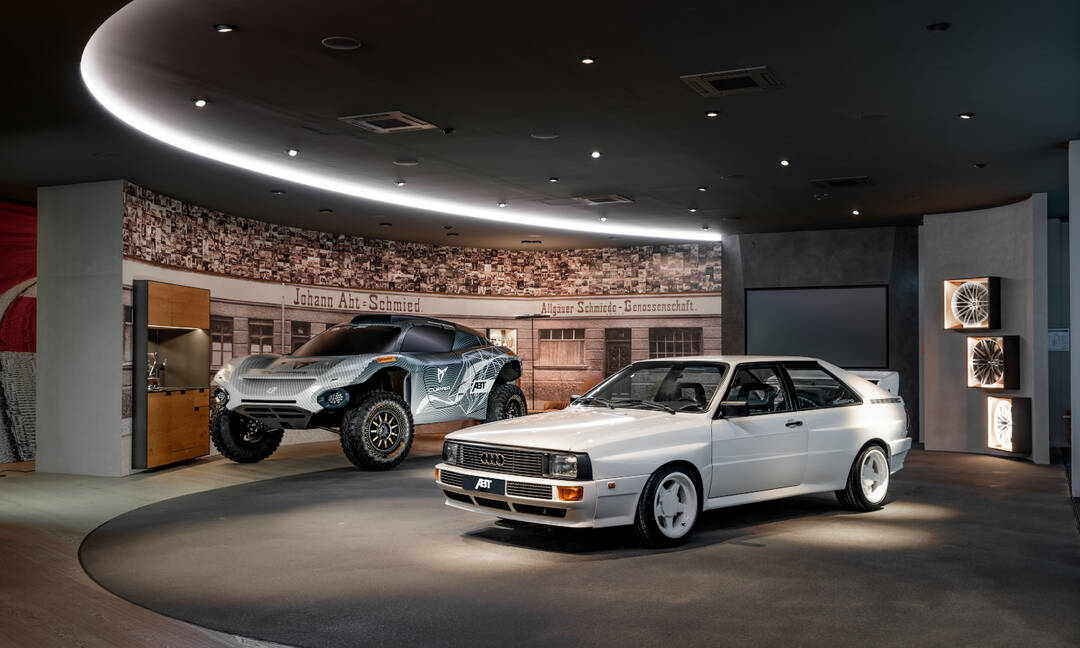 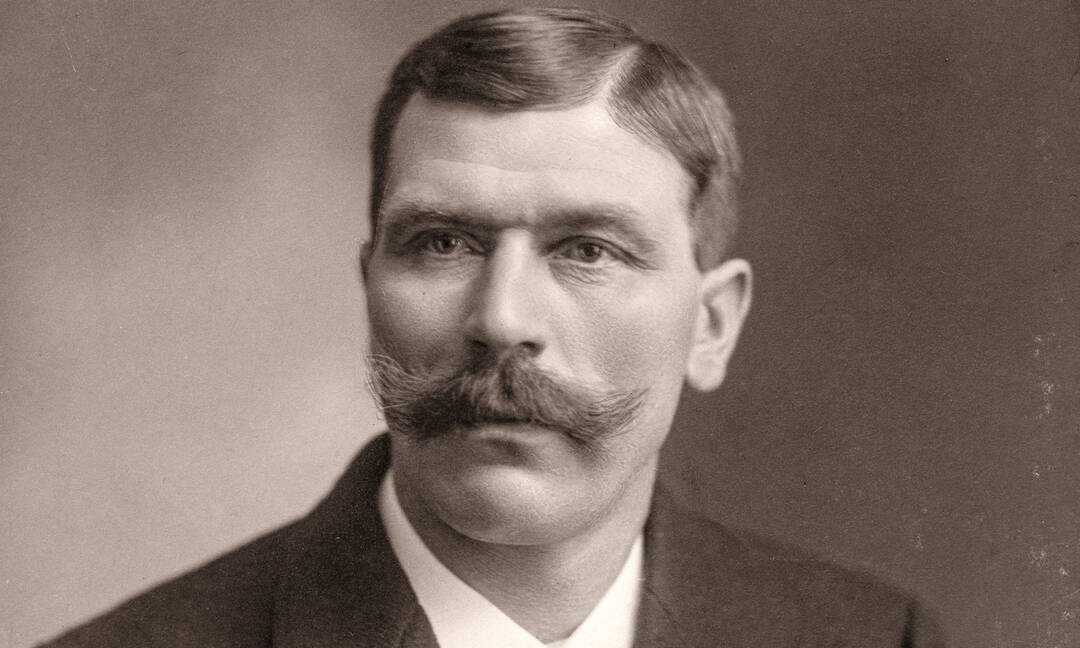 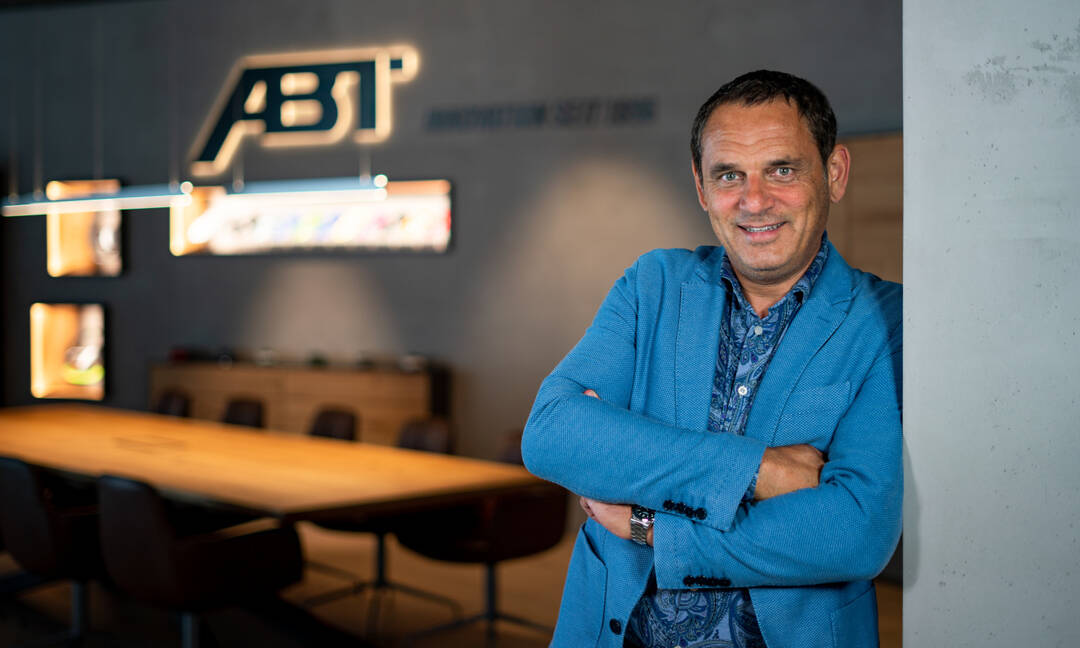 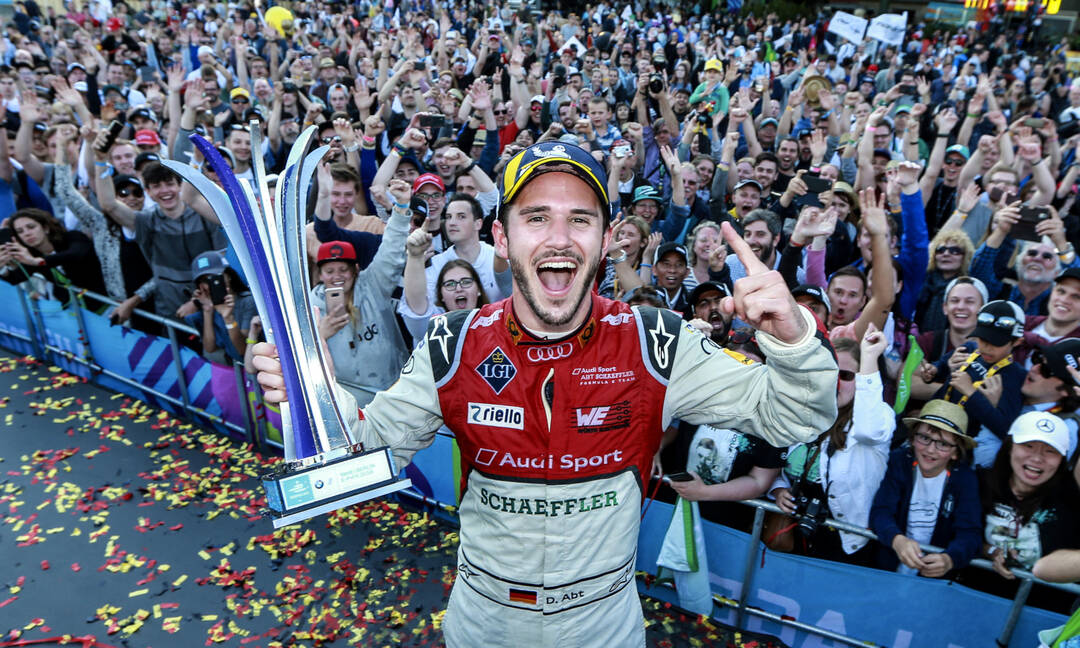 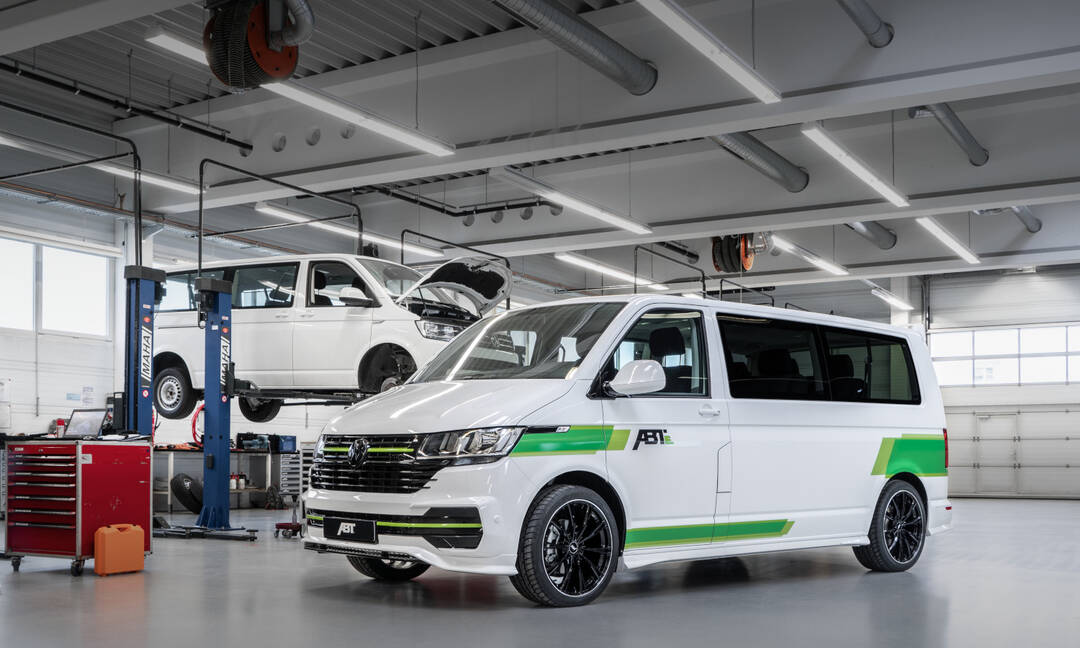 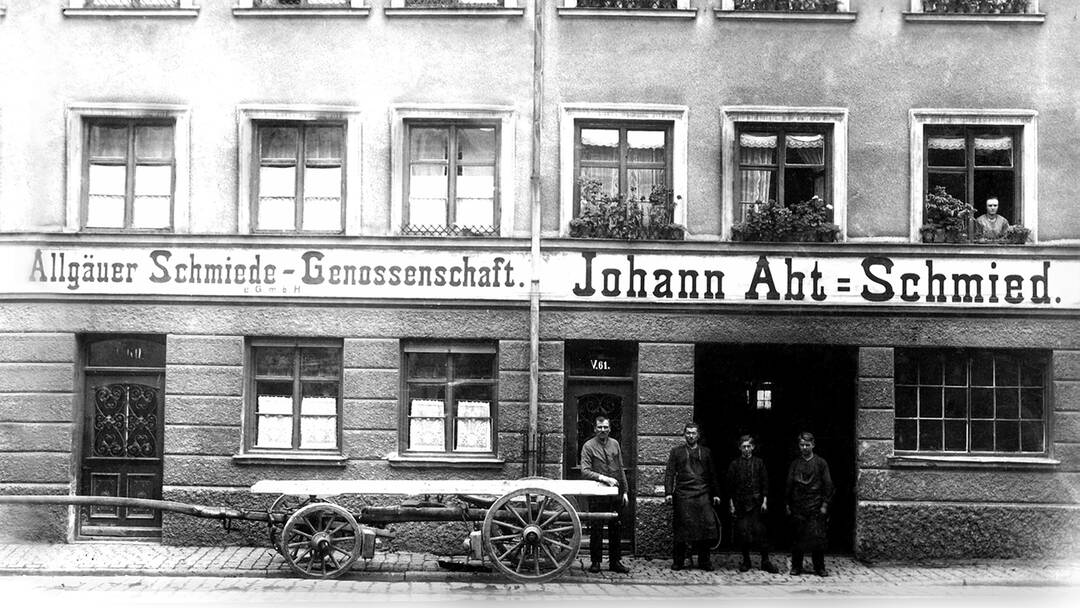 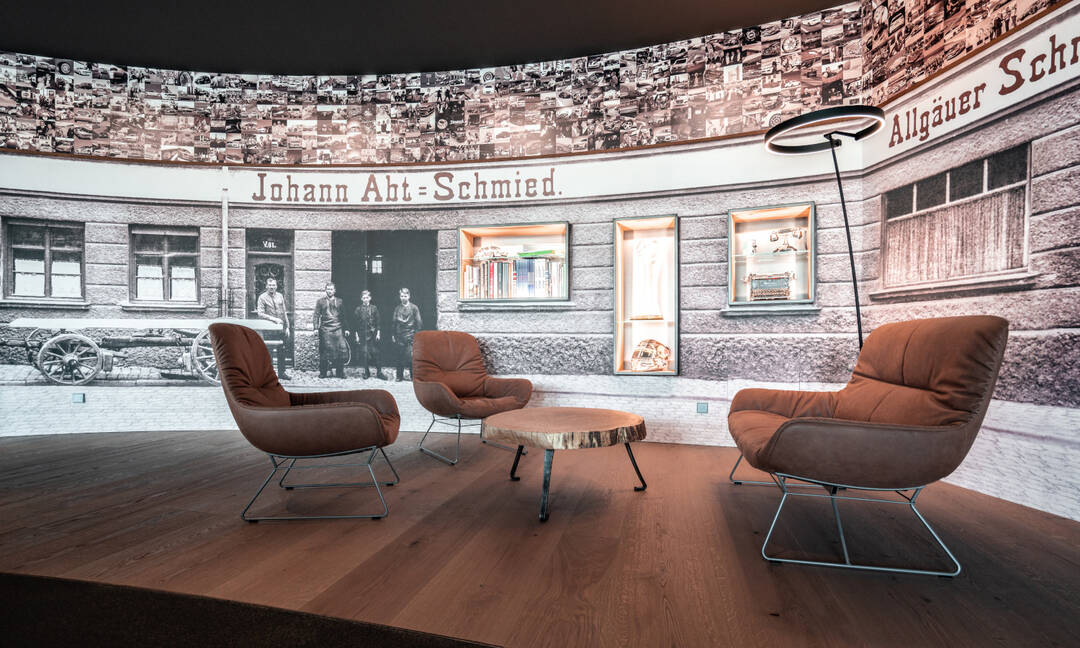 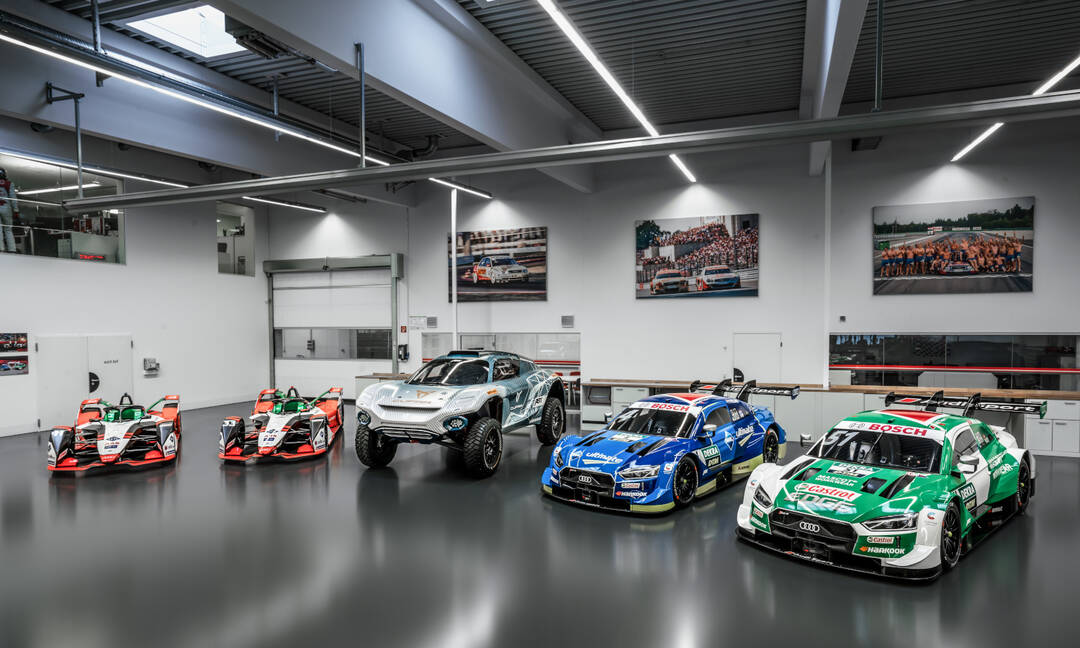 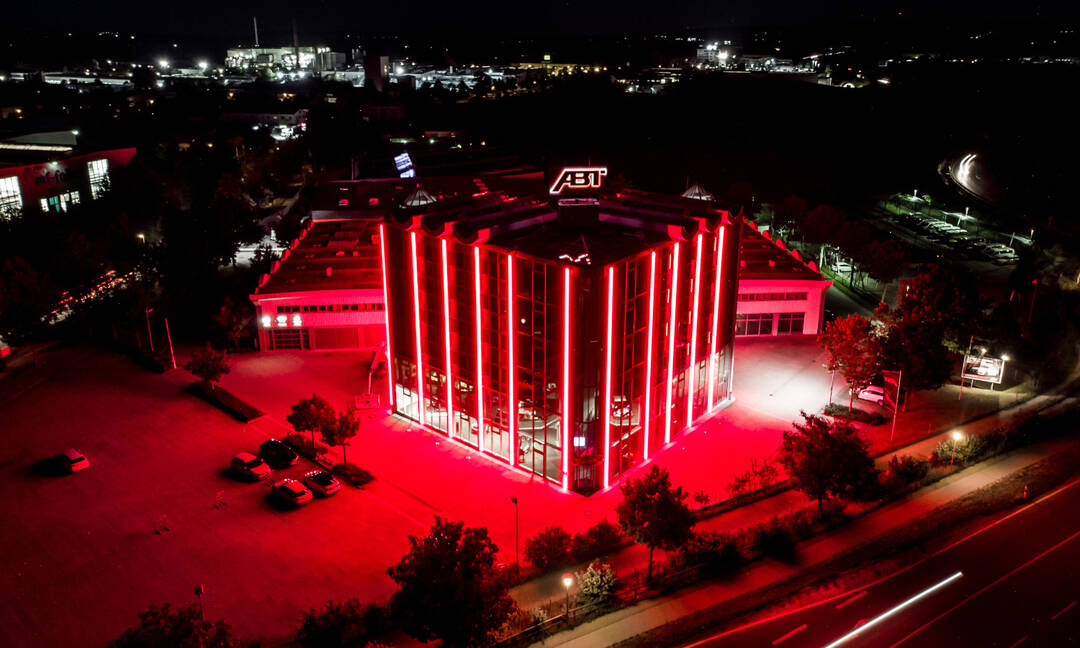 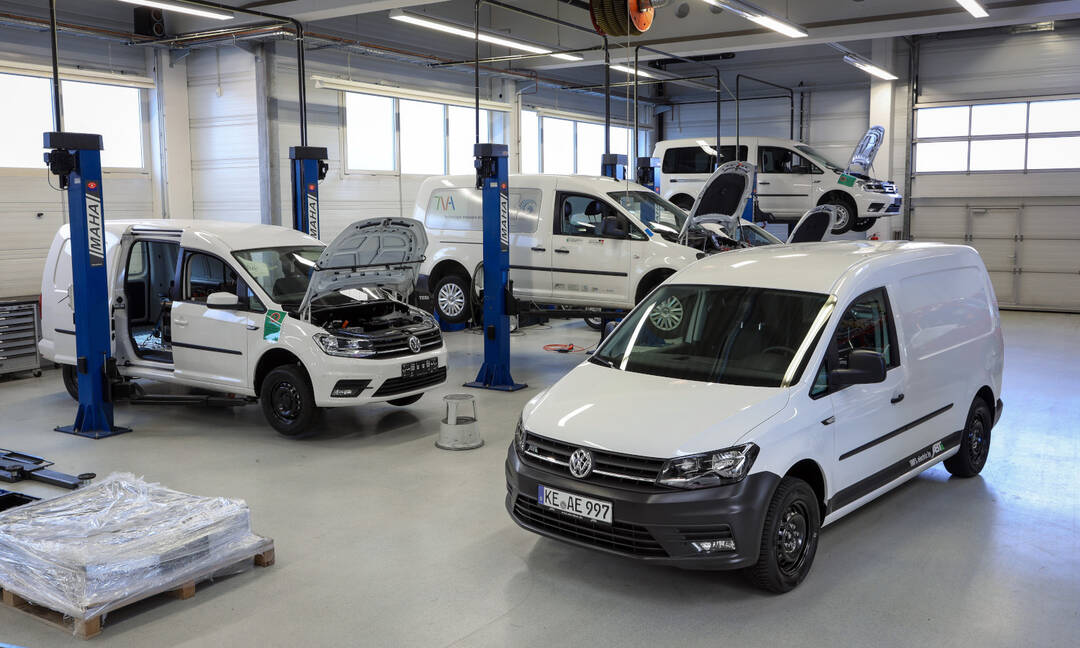 Which tuning company can look back on 125 years of history? The roots of ABT Sportsline can be traced back to a blacksmith in 1896. Even back then, clever mobility solutions were being produced, albeit without a motor and with only 1 or 2 hp.

In early April, 1896, the local Bavarian newspaper contained a small article, barely a few centimetres high. It read as follows: “Johann Baptist Abt takes over blacksmiths and coachworks in Burgstraße, Kempten.” The blacksmith of yore has since developed in ABT Sportsline, the world’s largest automotive aftermarket and performance parts specialist for Audi and VW, one of the most successful international motorsport teams and an innovative electromobility pioneer. The family business is now celebrating its 125th birthday.

“Much has changed since the early days – the world, its people, the car, our perspective on things”, says Hans-Jürgen Abt. “One thing, however, has remained constant:  Our passion for exciting new technologies, adventure and occasional unconventional methods.” The managing partner is the fourth generation, who is in charge of running the company with now 200 employees that has always been based in the heart of the Allgäu region. “An anniversary like always provides the perfect opportunity to say a heartfelt thank you. To my family, our employees all over the world, all of our partners in day-to-day business and motorsport, the fans on the race tracks and of course to our customers, who challenge and inspire us.”

The developments are always in tune with the times

Sporty cars were not yet on the agenda in 1896, but the “innovative blacksmith” was not short of creative ideas 125 years ago. Johann Baptist Abt developed a skid construction with which horse-drawn vehicles could be optimally converted to “winter operation”. Since then, exciting mobility themes have been a recurrent theme in the history of ABT and paved the way for the vehicle tuning division with its roots in motorsport that was founded in 1967. Here too, the family business is always at the cutting edge: Back in 1980, ABT marketed the first electronic performance upgrade. Bodywork components, rims, suspension and intricate customisation followed. Since 1991, the company has operated under the name ABT Sportsline and has its headquarters in the street named after Hans-Jürgen Abt’s father, Johann-Abt-Straße in Kempten-Leubas.

“The challenges facing our engineers and designers have changed over the years. Striking body conversions, gaudy colours – that was a long time ago. Then came elegant understatement, confident performance and high-quality customisation”, Hans-Jürgen Abt describes the transformation over the decades. The response from Kempten: increasingly daring and innovative technical and aesthetic concepts. These qualities also impress vehicle manufacturers: When the brands of the Volkswagen Group want to offer their customers something really special, they like to turn to the expertise and world-renowned reputation of ABT Sportsline. This applies to the numerous long-term cooperations with Audi as well as to the common activities with Skoda or the close partnership with the relatively young brand CUPRA.

In 2021, ABT Sportsline not only has a presence all over Germany, but in conjunction with its partners in over 60 countries worldwide.

The exciting electromobility sector has been a part of ABT Sportsline’s day-to-day business for over a decade – with involvement in Formula E on the racetrack as well with road vehicles. “We have always considered change as opportunity rather than risk”, says Hans-Jürgen Abt. The initial pilot projects led to the creation of ABT e-Line GmbH, which today operates as a premium partner of Volkswagen Commercial Vehicles, among others. The first major project in this configuration was the ABT e-Caddy. Next came the ABT e-Transporter, which is produced officially on the basis of the VW T6.1. Now the focus is on the future again: In conjunction with the university in Kempten, the ABT specialists are investigating fuel cells.

The company’s passion for motor racing began in 1950, when the then 14-year-old Johann Abt won a place on the podium on the grass track in Kempten in a DKW “Meisterklasse” with the starting number 7. The company founder’s grandson became a long-term winner with around 300 successes and in doing so, laid the foundation of one of the most successful international motorsport teams: ABT Sportsline. The highlights include the 1999 STW title with Christian Abt, the 2002 DTM title with Laurent Aiello and the victory in the 2017 Formula E electric racing series with Lucas di Grassi. In all three championships, ABT together with private partners prevailed as a private team against the competition of major manufacturers. As the works team of the brand with four rings, ABT Sportsline produced unparalleled results: Since the mid-1990s, the Bavarians together with Audi have won eight driver titles and seven team titles. At the time of the 125th anniversary of the company, two new motorsport projects are starting: In 2021, the ABT CUPRA XE Team competed in the brand-new offroad electric series Extreme E. Under their own direction, ABT also sends several Audi R8 LMS to race for victory and title in the 2021 DTM season.

The traditional “birthday” of ABT is April 1st, 1896: According to the Allgäuer Zeitung, Johann Baptist Abt took over the blacksmiths in Kempten on this day. 2021 is greatly influenced by the anniversary. For example, on the road: The new ABT RSQ8-R features a striking aero package and is strictly limited to 125 vehicles. A secret project based on a series that has continued to be a top performer at ABT Sportsline for many years. Along with ultimate performance, fans can look forward to a vehicular time capsule. Or on the race track: In the Extreme E Series, ABT will race with the starting number 125 in homage to the anniversary. And of course, ABT Sportsline’s birthday will be celebrated on all multimedia channels. Start it up with the birthday video:

Zur 125 Jahre ABT Seite
Share this page with your friends:
back