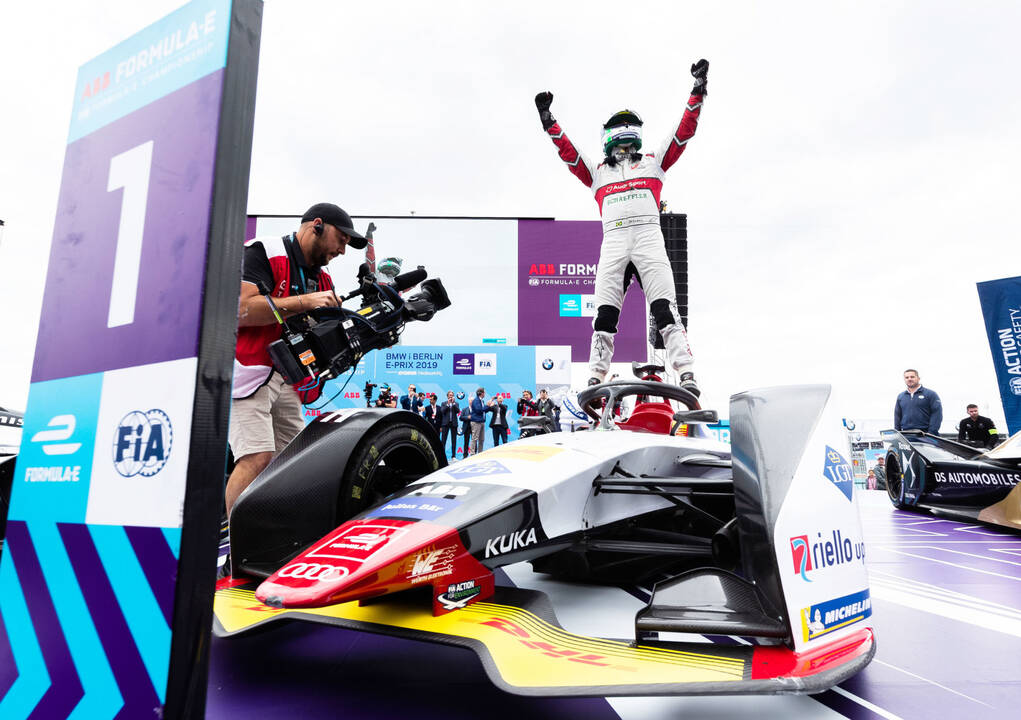 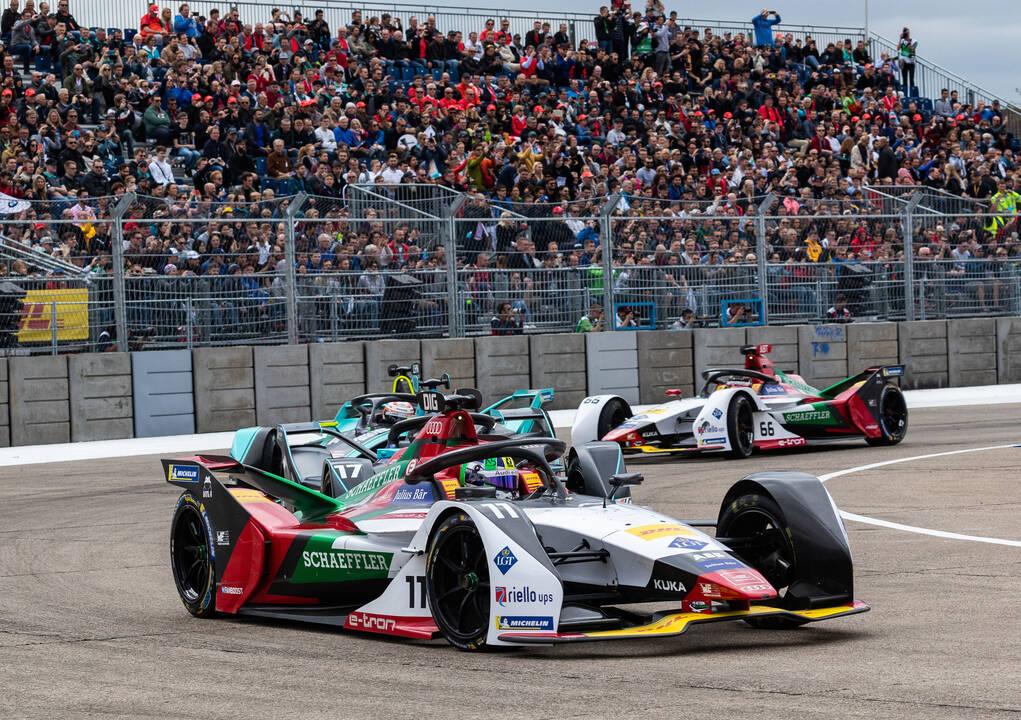 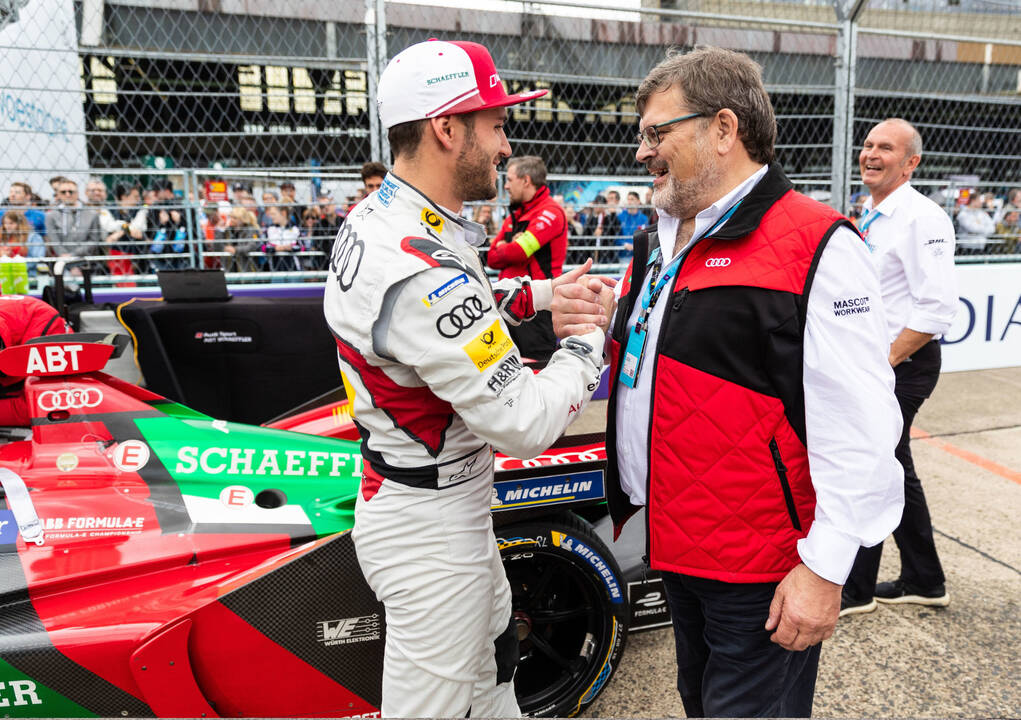 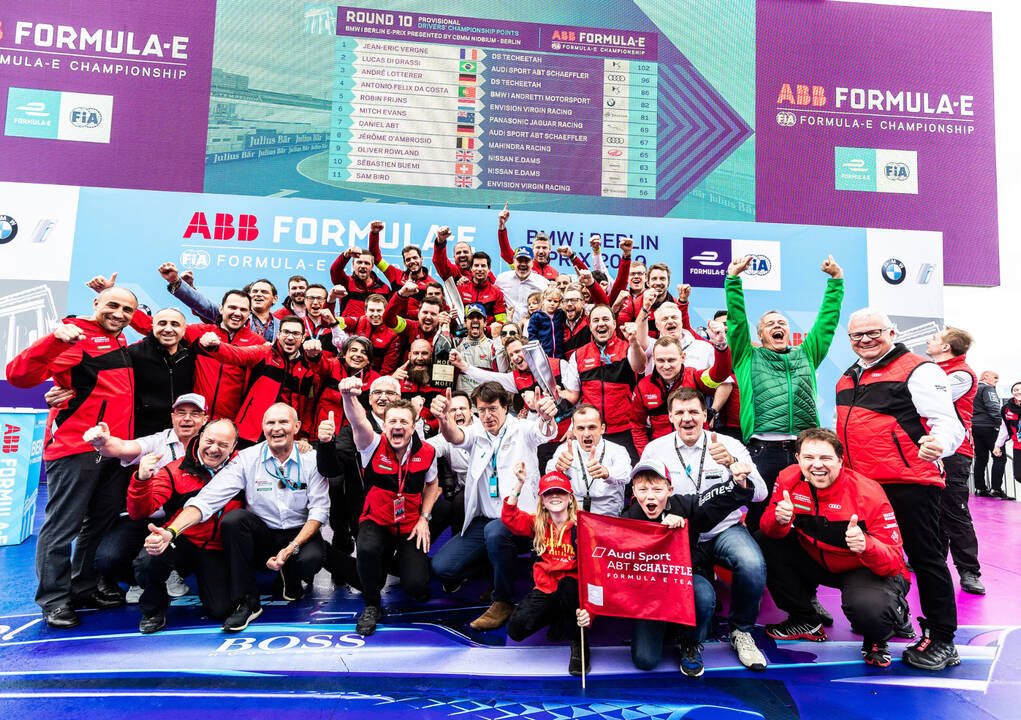 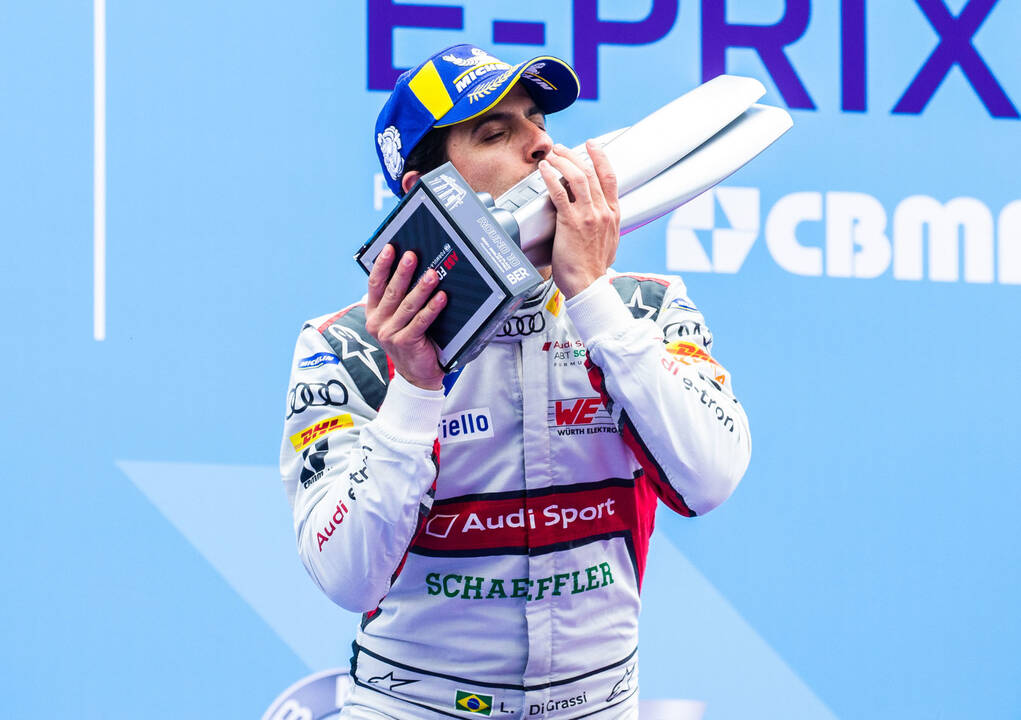 For the Brazilian it was his tenth victory in the electric racing series with which he improved to second position in the overall Formula E drivers’ championship, behind title defender Jean-Eric Vergne (DS Techeetah). In the teams’ classification, Audi Sport ABT Schaeffler, after its 40th Formula E podium, also sits in second position before the final three races in Bern (June 22) and New York (July 13/14).

In front of Audi’s management board members Hans-Joachim Rothenpieler (Technical Development) and Wendelin Göbel (HR and Organization), di Grassi fully displayed the strengths of the Audi e-tron FE05 in Berlin. Even though he had to qualify in the most unfavorable first group on Saturday morning, the Audi driver secured the third place on the grid. “From this moment on, I knew that we’d be able to win today,” said di Grassi, who only needed five laps to take the lead of the race. After that, the Brazilian pulled clear of his immediate rivals, controlled the pace up until the finish and also secured the additional point for the fastest race lap.

“That was a very strategic race today,” said di Grassi. “It was about energy management and we showed that our car is very efficient. Winning Audi’s home round in front of such an enthusiastic crowd is simply fantastic. We’re back in the title race and are going to have a big party tonight.”

Daniel Abt also showed a strong performance. Last year’s winner, as the fastest driver in his qualifying group, was only 27 thousandths of a second slower than his teammate but, with that, barely missed the “Super Pole.” After starting from sixth on the grid, Abt was involved in fierce head-to-head battles.

“Honestly speaking, I had hoped for more than sixth position,” said Abt. “But I was in the thick of the action. The battles were rough and I bent my steering column in contact with another car: a hard race, but some good points. And, needless to say, I’m happy for Lucas and the whole team for repeating our home victory. That’s simply fantastic!”

“I’m extremely happy that we won again for Audi in Berlin,” said Team Principal Allan McNish. “After yesterday’s free practice sessions, we didn’t really know where we stood and whether our strategy of saving tires for the race day would pan out. Lucas quickly clinched the lead from third on the grid and then just pulled clear of the field. Daniel fought a tough battle for sixth position, with which he also scored valuable points for the team.”

“It was a fantastic race for us,” said Head of Audi Motorsport Dieter Gass. “Another home victory for Audi in Berlin – after Daniel’s win last year, Lucas scored this time. He drove a fantastic race and made no mistakes. Daniel’s sixth place helps us in the battle for the teams’ championship. The entire squad worked extremely hard for this success. Thank you to everyone who was involved in this. Winning on home soil in front of such a tremendous audience with so many fans and employees is particularly sweet. Now we’re already looking forward to Formula E’s premiere in Bern.”