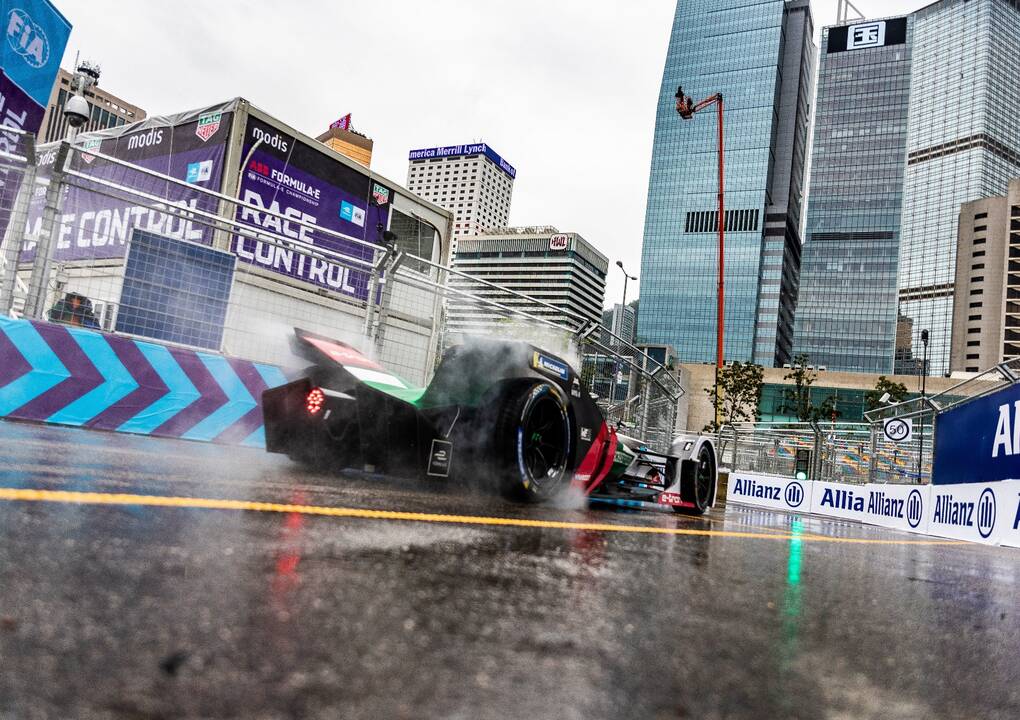 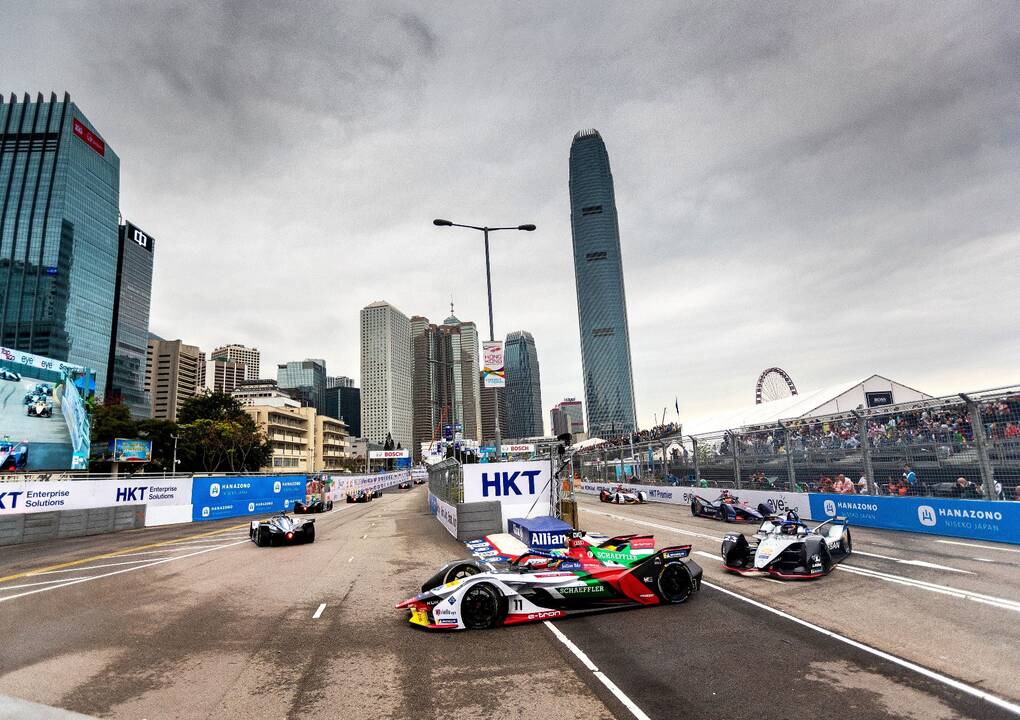 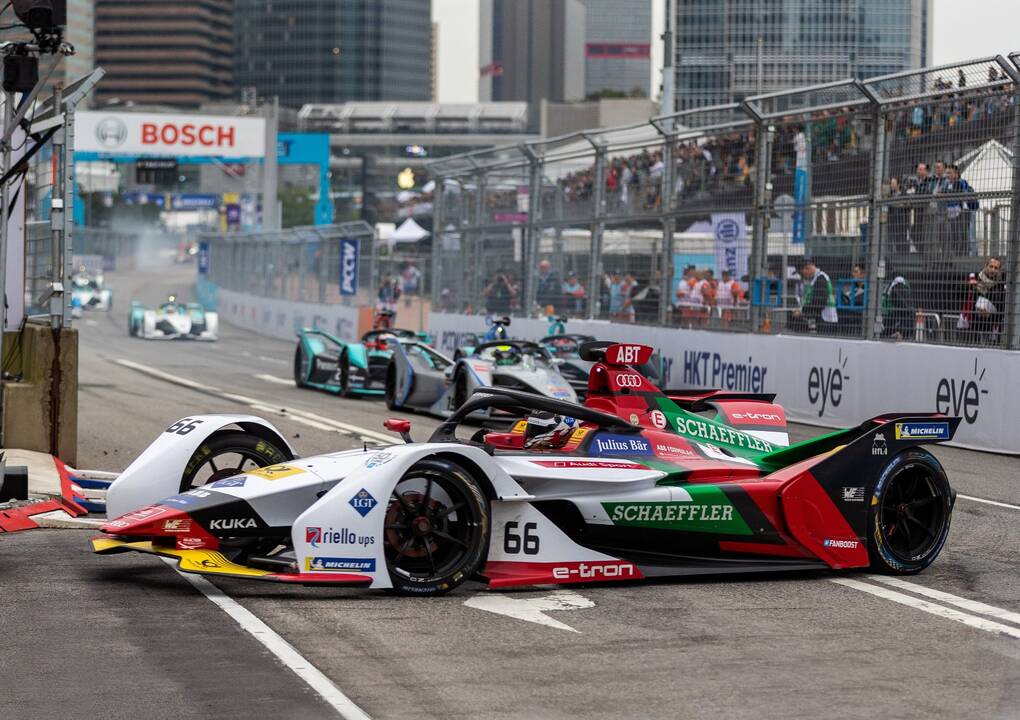 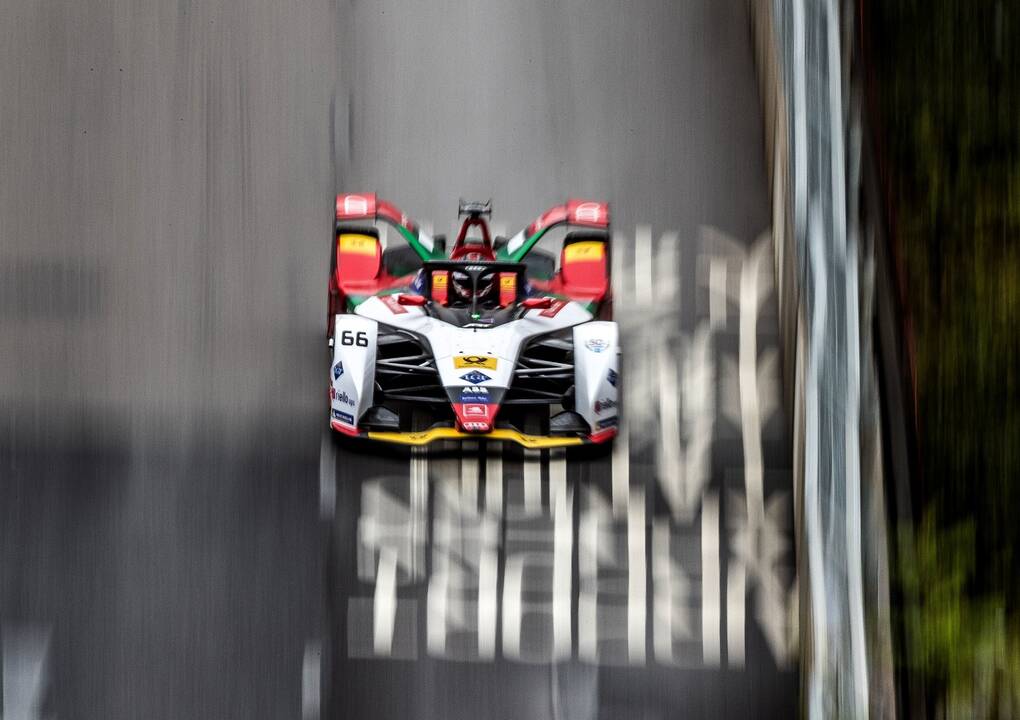 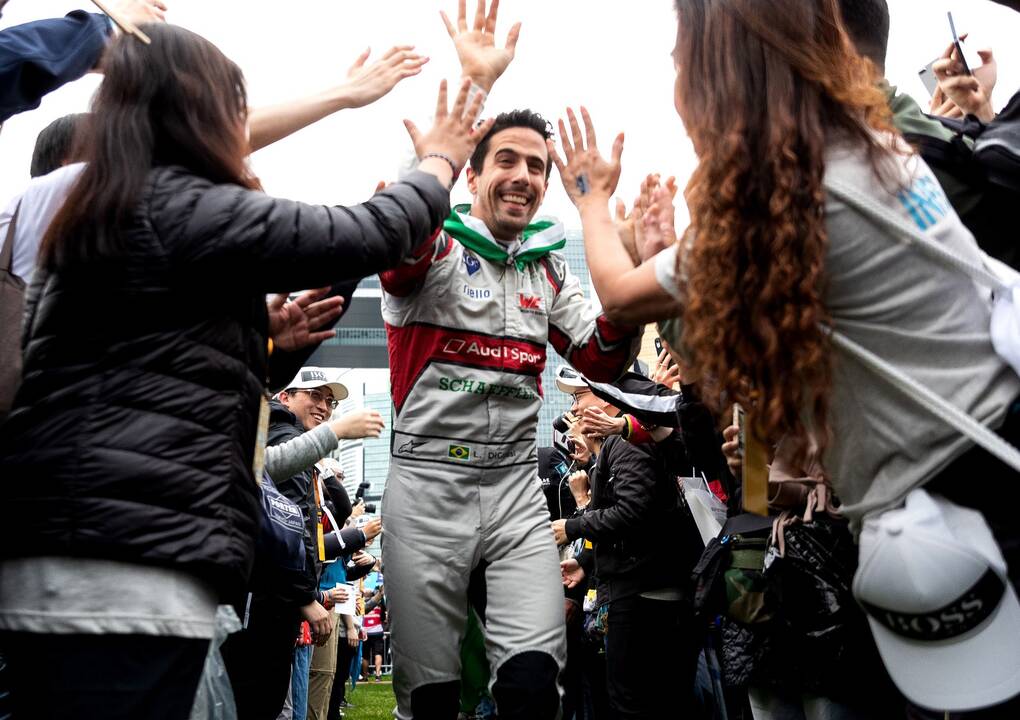 The 50th race of Formula E and another podium finish for Audi Sport ABT Schaeffler: Keeping a cool head, Lucas di Grassi finished the turbulent E-Prix in Hong Kong as the runner-up. His teammate, Daniel Abt, fought back from twelfth on the grid to fourth position.

Changeable weather made for extremely difficult conditions at the “golden anniversary” event of the electric racing series. The track was still damp when the race was started and then continued to dry. The safety car was deployed a total of three times, and race was also red-flagged shortly after the start.

Lucas di Grassi once again showed nerves of steel, already shining with a strong performance in qualifying. In the worst of conditions with a lot of aquaplaning, he was the only one of the first qualifying group to make it into the Super Pole shootout of the top six. After starting the race from fifth on the grid, di Grassi initially lost two positions. However, thanks to a spirited drive, the Brazilian still moved forward to second. As a result, he improved to third position overall in the drivers’ classification.

“Today we had to drive with our heads,” said di Grassi. “In conditions like these, you can only overtake by forcing the issue and risking a non-finish or penalty. I kept cool and was rewarded for it. This is my 29th podium in Formula E. But that’s not the only thing I’m proud of. The way this racing series has developed is simply fantastic. For me, it’s the best one at the moment.”

His teammate, Daniel Abt, also showed a strong performance. The German was struggling with the difficult conditions in the third qualifying group. From twelfth on the grid, he improved by two places on the first lap and subsequently made up one position after another. “The beginning was totally crazy,” said Abt. “Things were hectic and it was important to stay clear of all the frenzy. In the end, we made up eight places to finish 4th. I’m very happy, because we also showed a strong performance as a team and scored valuable points.”

In the teams’ classification, Audi Sport ABT Schaeffler, is now in second position after five of thirteen races. “After this race, we’re in a much better position in the championship than before, because some of our most important rivals didn’t score any points today,” said Team Principal Allan McNish. “The streets of Hong Kong make for plenty of excitement every time. It was a totally crazy race but we kept moving forward. Lucas already showed an exceptional performance in qualifying and Daniel with a great fightback in the race. So, there are several reasons to celebrate.”

The sixth race of the Formula E season is coming up in just two weeks’ time. On March 23, the electric racing series will visit Sanya on Hainan Island in China for the first time.