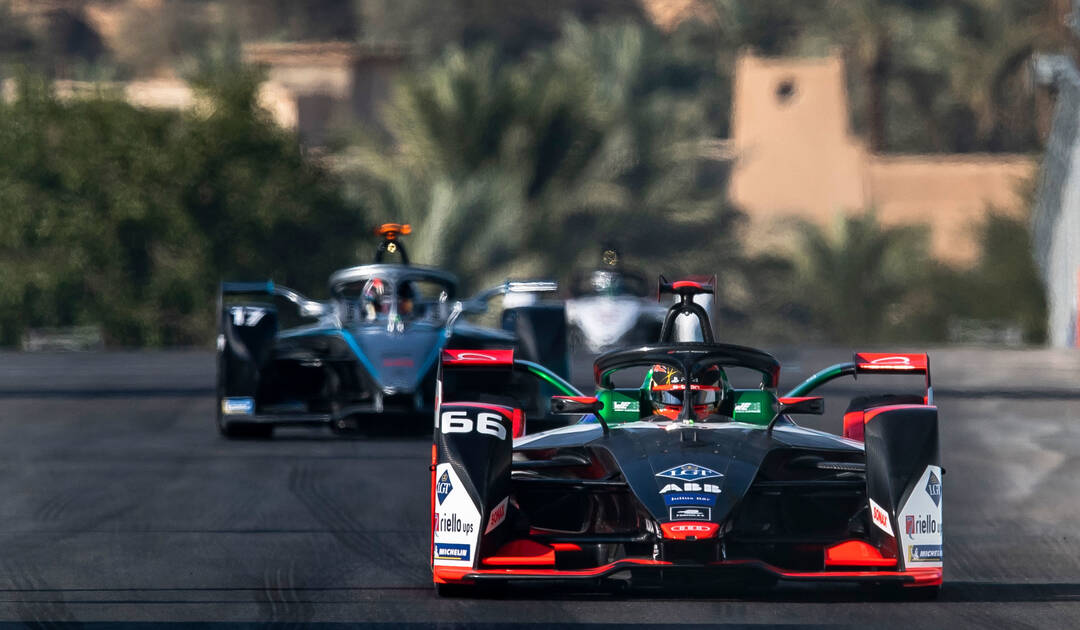 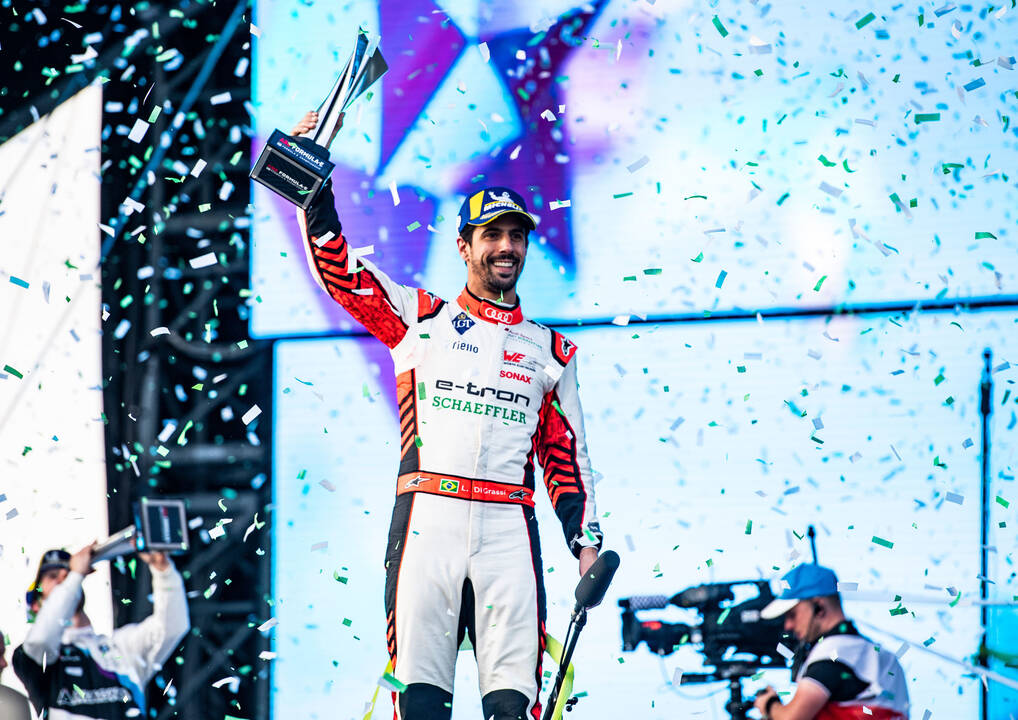 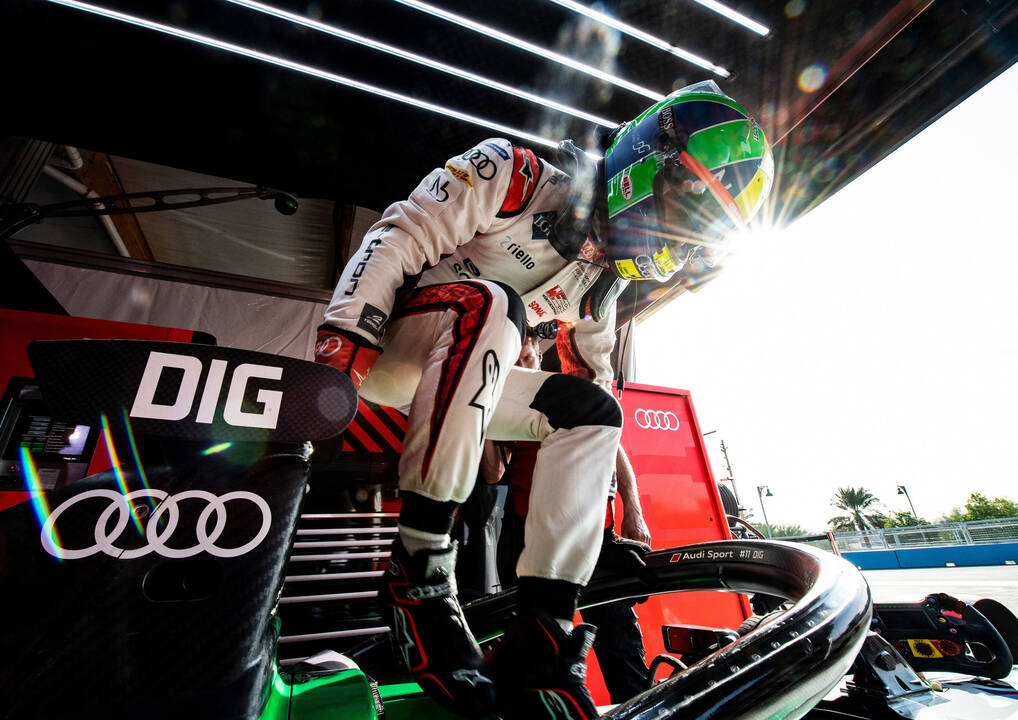 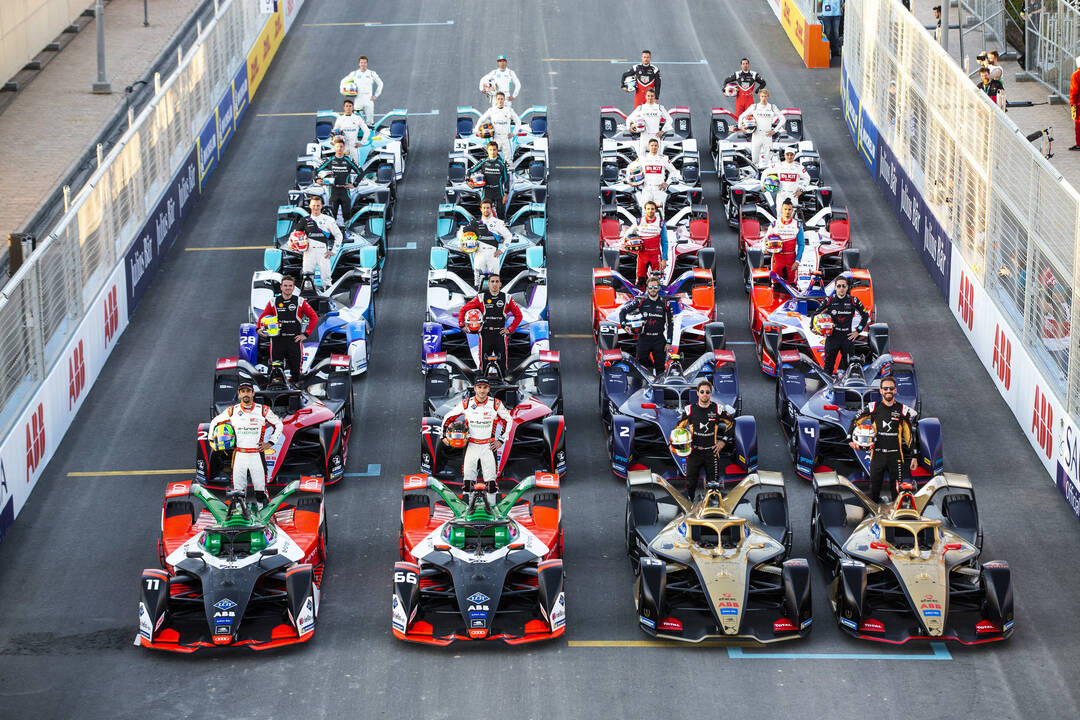 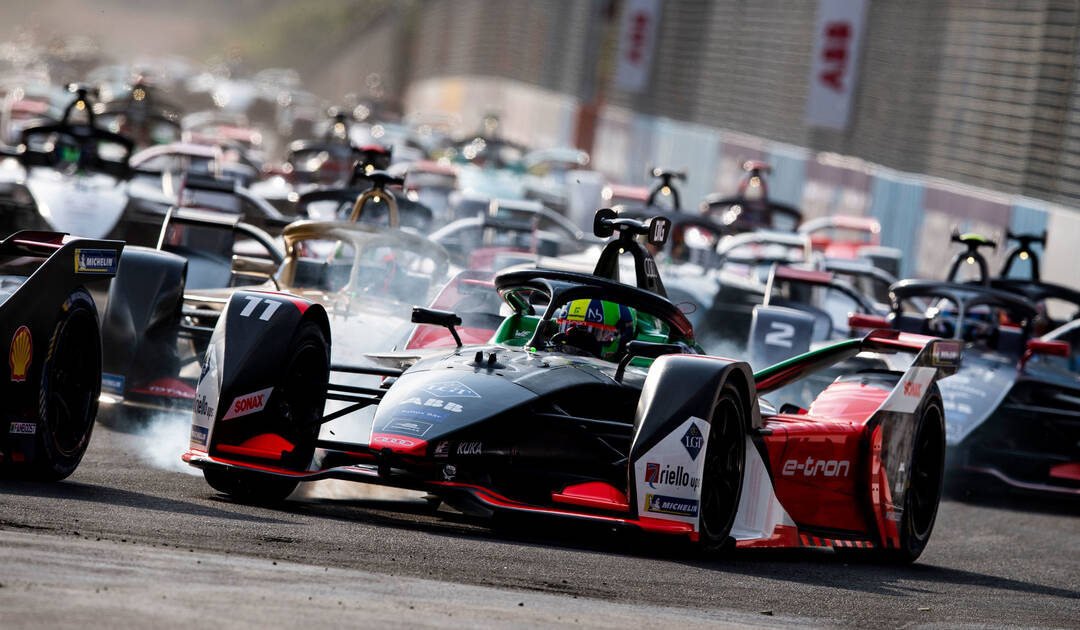 Just one day after the difficult beginning to the season, Lucas di Grassi and Audi Sport ABT Schaeffler impressively came back: The Brazilian celebrated second position in Diriyah and thus the team’s 41st podium success in the 60th Formula E race. Daniel Abt also scored valuable points with a strong fightback.

The second race of the season on the outskirts of Saudi Arabia’s capital Riyadh was marked by rough duels, numerous overtaking maneuvers and two safety car periods that repeatedly packed up the field. In all of the duels, Lucas di Grassi, who had started the race from third place on the grid, kept a cool head and claimed second place after 45 minutes of racing. For the 35-year-old Brazilian, it marked his 31st podium finish in Formula E, including 10 victories.

“Thank you to my guys in the pit lane. This trophy is a sweet reward for the hard work done by the whole team after yesterday’s difficult beginning,” says Lucas di Grassi. In the season opener on Friday, both di Grassi and his teammate, Daniel Abt, finished without any points. “This is the strength of our team: we never give up. We’re now going to analyze and evaluate everything, continue to improve and be even stronger in the next race. The battle for the championship is just starting for real.”

In sixth position, Daniel Abt scored valuable points for himself and the teams’ championship. The German had started the race from the fifteenth spot on the grid, initially made up some positions, but subsequently dropped to the end of the field due to a drive-through penalty. With the help of the safety car and several bold overtaking maneuvers, he fought back into the points again. “These points today were really hard-fought, but they felt good after a difficult start to the weekend,” says Daniel Abt. “We may not have scored a lot of points yet, but we know that we’ve got the performance and the car to be in contention for victories. Now we just need to put it all together.”

“That was a wonderfully crazy race – exactly the way we know and love Formula E. That makes going home with a trophy even sweeter,” says Team Principal Allan McNish. “I was especially impressed by how we fought back here in Riyadh after the disappointing first race on Friday. It shows how determined and passionately our team works. Lucas showed an impeccable day today and I’m also very happy about Daniel’s points after a brilliant fightback.”

In the first race of the new Formula E season Daniel Abt and Lucas di Grassi had a difficult start and finished without points in Diriyah.

Due to its strong championship positions last season, the German-Brazilian pairing had to go out on the still very dusty track in the first two qualifying groups and were only able to achieve the fifteenth and nineteenth place on the grid. In the race, di Grassi made up six places to finish thirteenth. Daniel Abt was also fighting back, when he was touched by a rival which damaged his front wing causing him to hit the wall. Instead of scoring points, he had to settle for the fastest race lap as a small personal highlight.

After a short Christmas break, Formula E will return to the race track next year: the third round of the season will be held in Santiago de Chile on January 18.