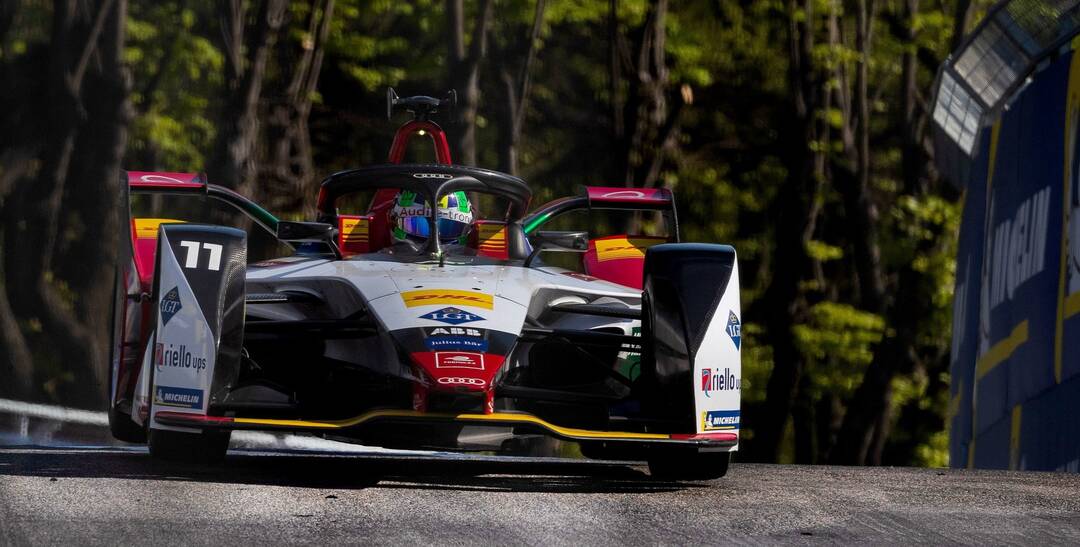 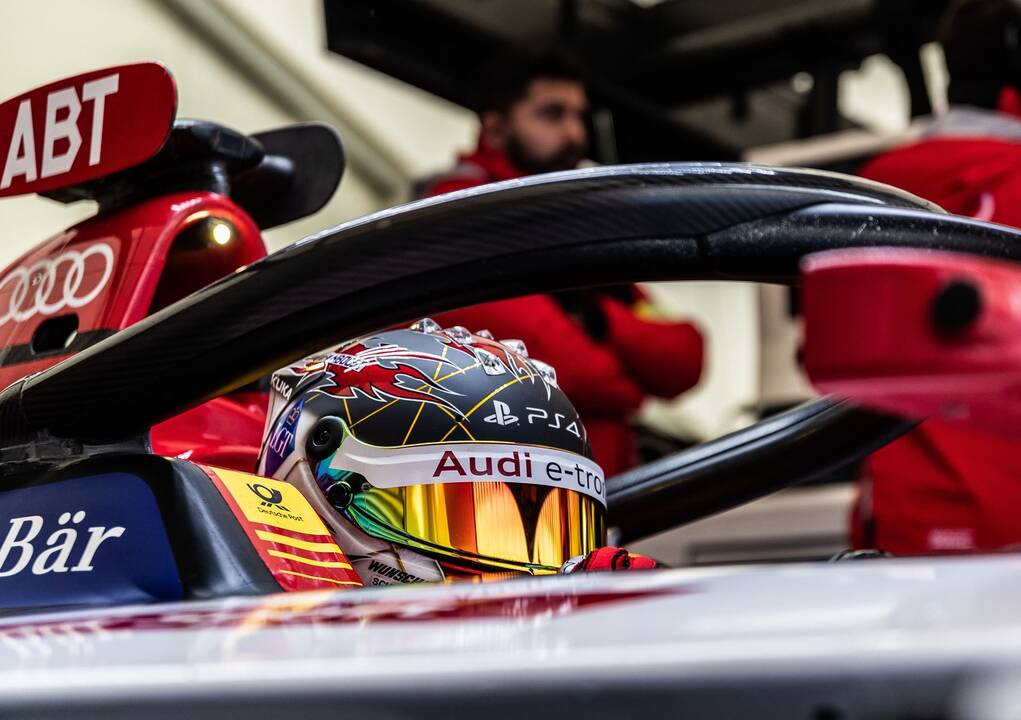 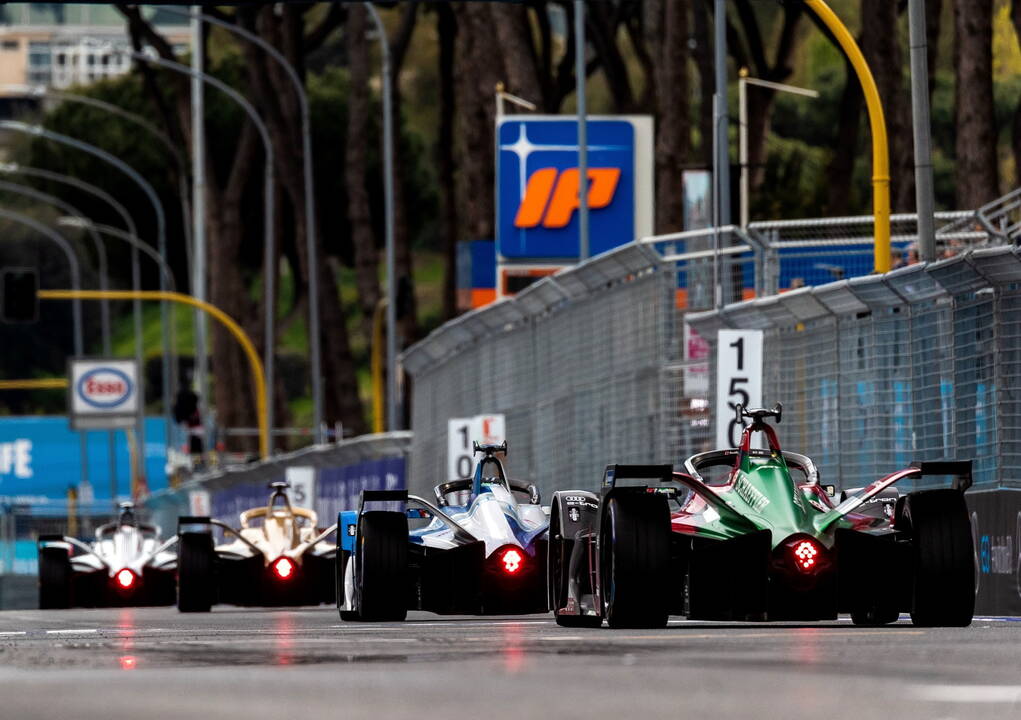 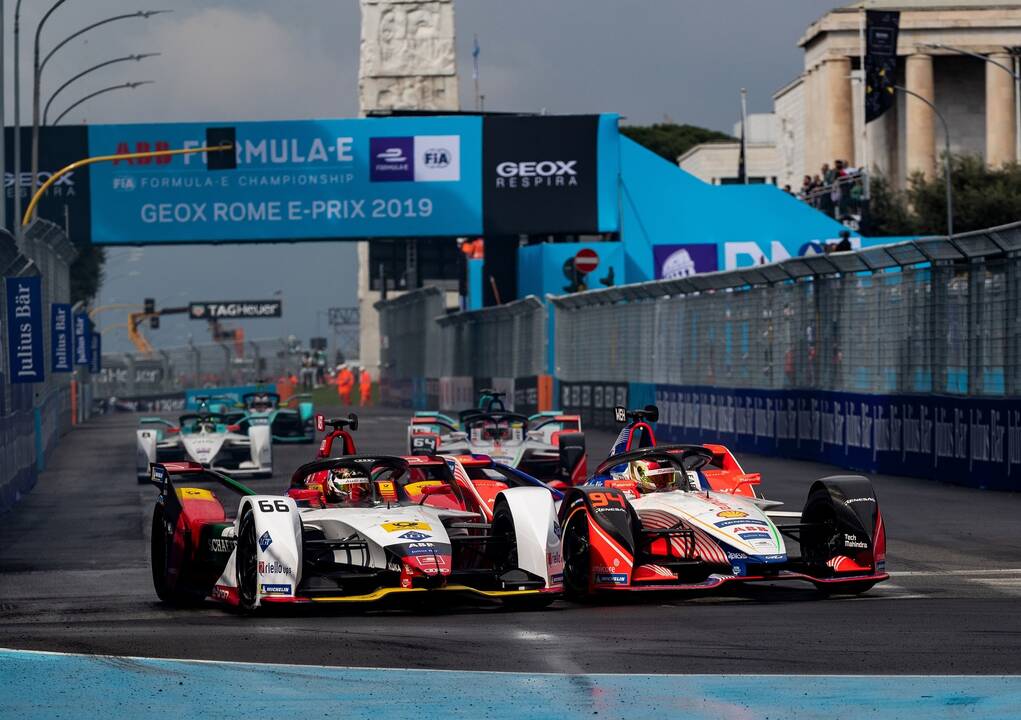 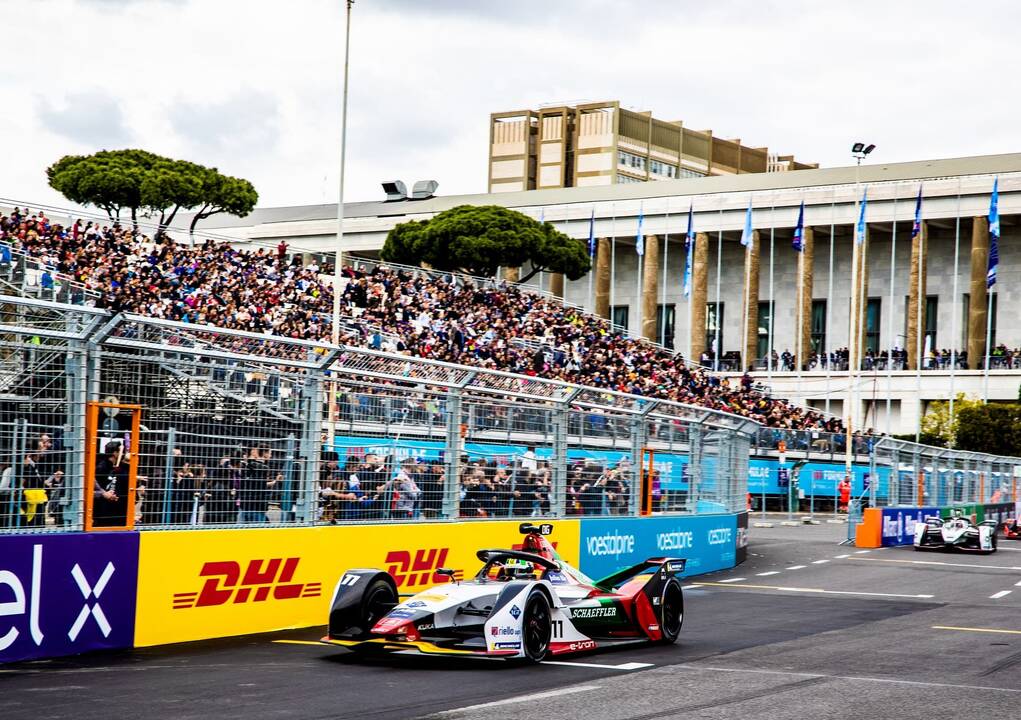 With a hard-fought seventh position, Audi Sport ABT Schaeffler driver Lucas di Grassi scored crucial points for the Formula E title race in the E-Prix in Rome. His teammate, Daniel Abt, finished out of the points for the first time this season.

Lucas di Grassi was the best-placed of those drivers who took part in the first qualifying group in Rome. On the city street circuit of the Italian capital, this was a particularly big disadvantage on this occasion. In a spectacular race that had to be stopped for nearly one hour due to a pile-up shortly after the start, the Brazilian from the Audi Sport ABT Schaeffler team still managed to fight back from thirteenth on the grid to seventh position.

“Following the extremely difficult qualifying, it was a good race for me,” di Grassi said. “We have to score points regularly to win the championship, even in the races where we are not fighting for victories. That’s what we did today.” After seven of thirteen races, the Brazilian only has a seven-point deficit to the leader of the ABB FIA Formula E Championship drivers’ standings.

Daniel Abt finished out of the points for the first time this season. After a technical problem in qualifying, the German had to settle for seventeenth position on the grid. In the race, he lost all chances of a good result when he had to restart his Audi e-tron FE05 once. “I feel like I did a good job today but, unfortunately, I had technical issues. That’s why it was a day to forget for me.”

“A tough day for Daniel, but important points for Lucas in the big picture of the championship,” said Team Principal Allan McNish. “After briefly stopping, Daniel was out of contention. From his grid position, Lucas got the maximum of what was possible for us today.”

“The qualifying format in Formula E poses a great challenge to the leading drivers in the championship this year,” said Head of Audi Motorsport Dieter Gass. “We could clearly see that again today. That makes it difficult for us, but of course it provides additional suspense. Seven different winners in seven races speaks for itself.”

Formula E continues on April 27, with the E-Prix in the French capital Paris.