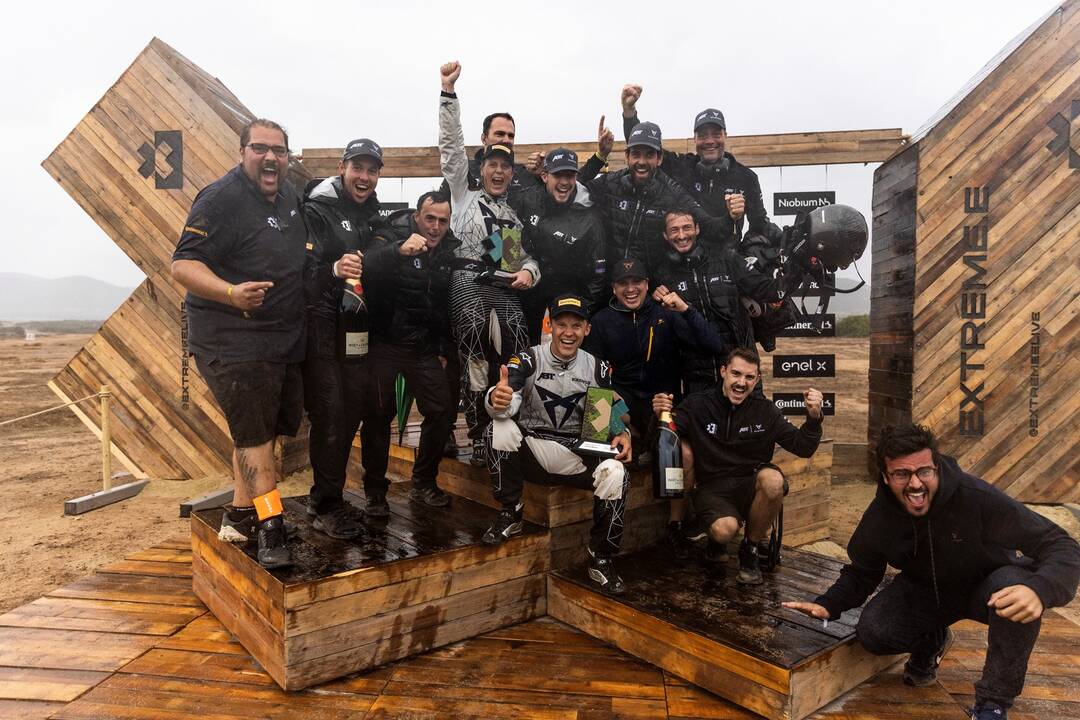 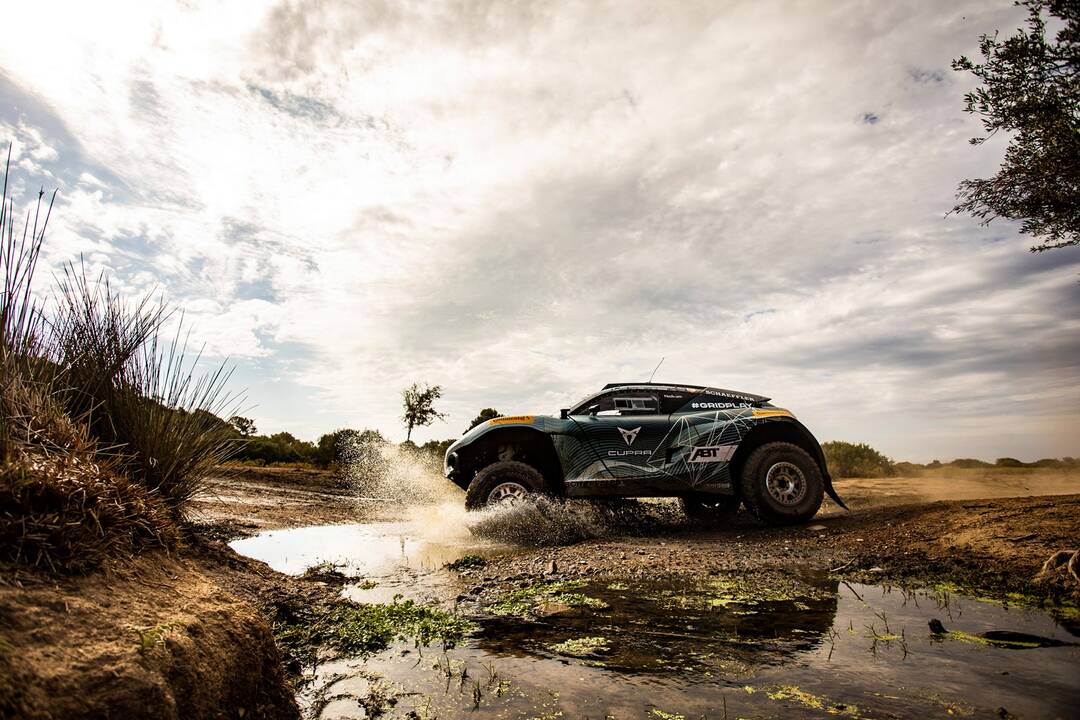 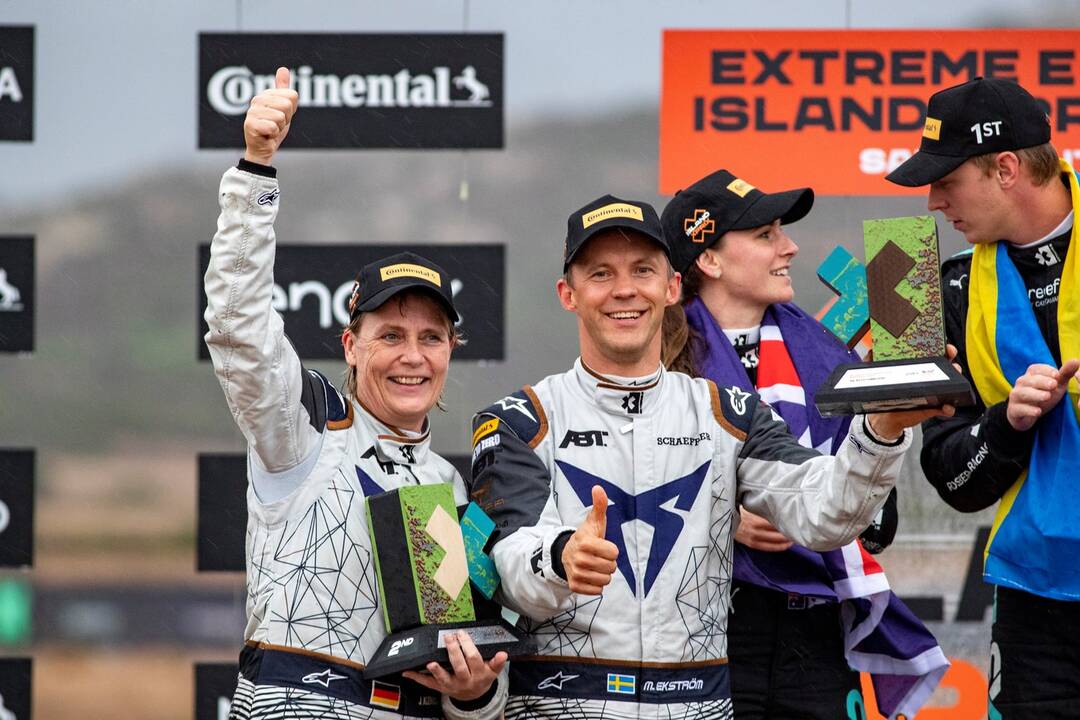 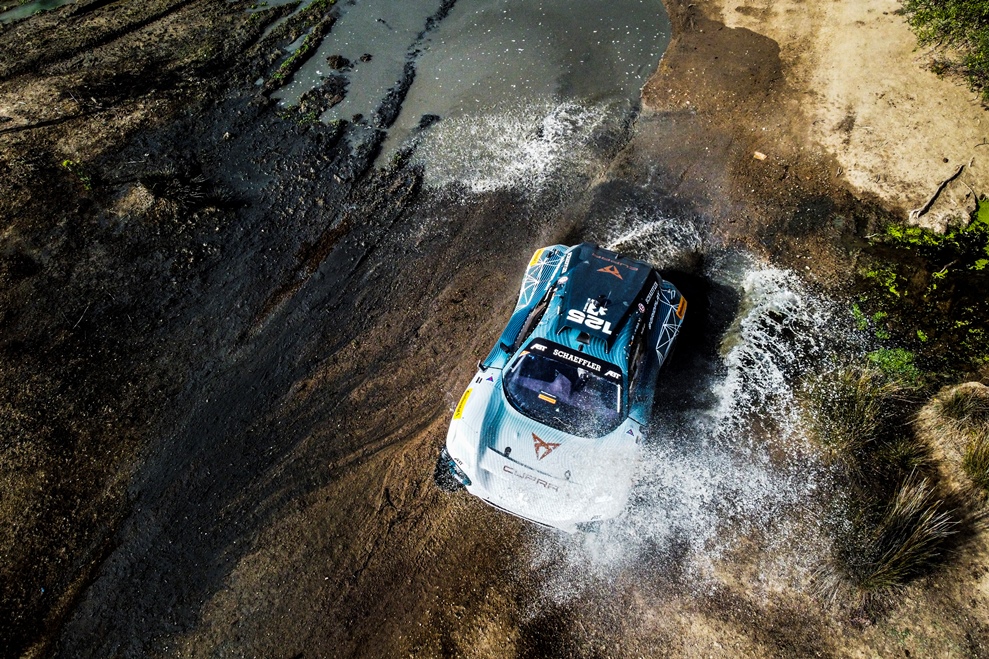 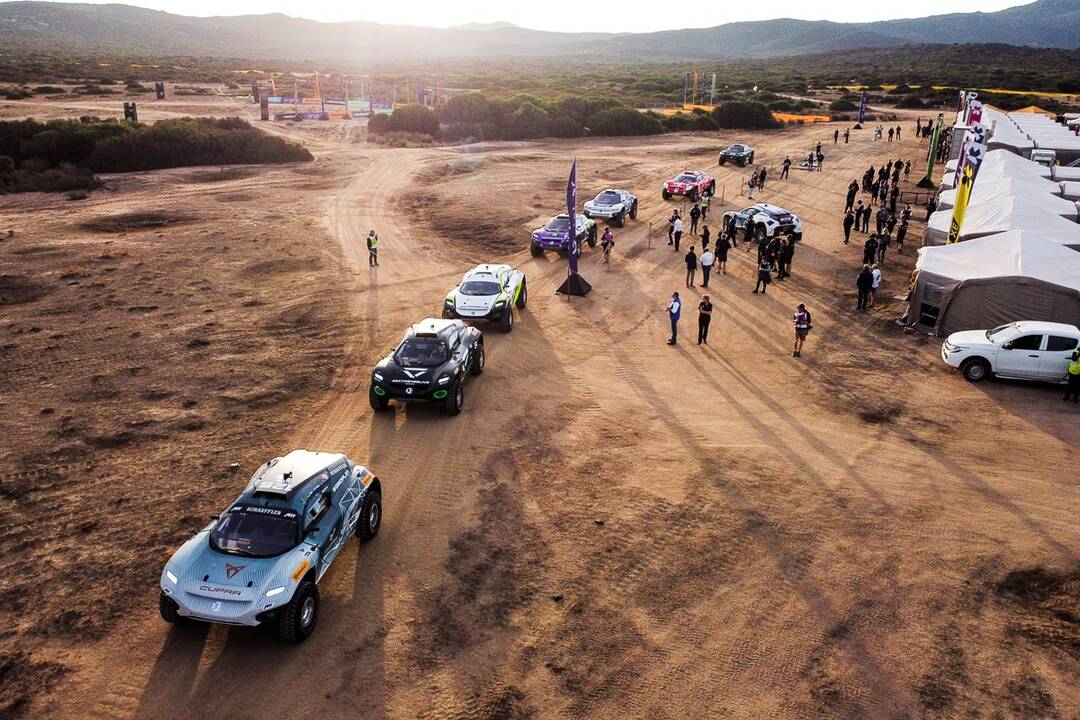 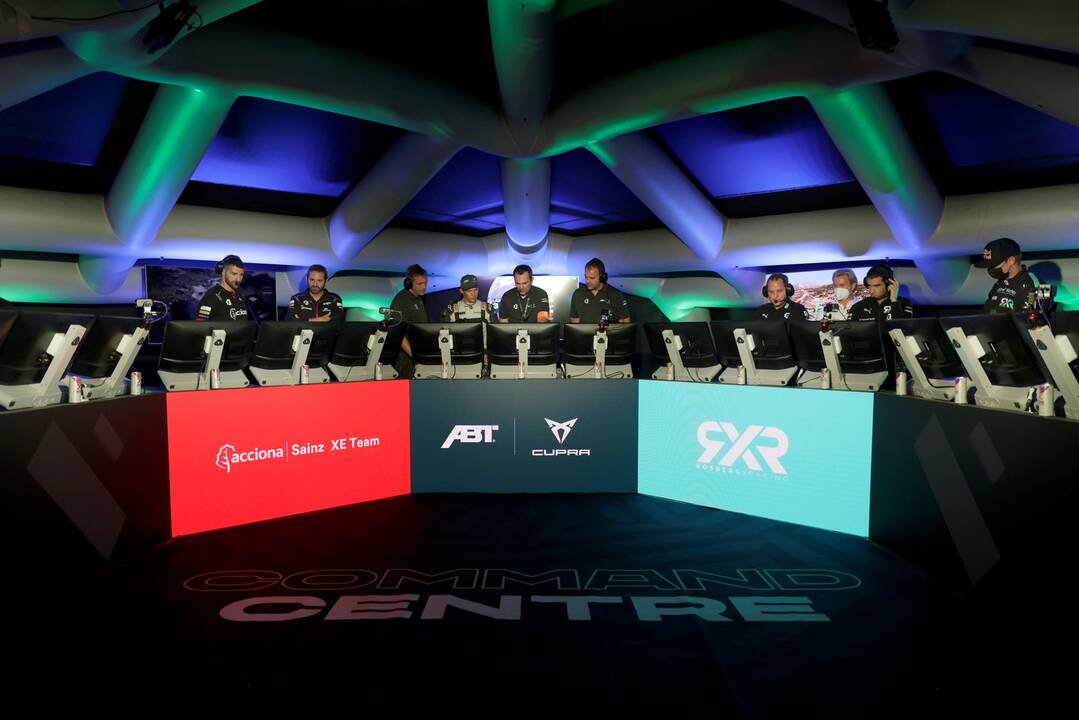 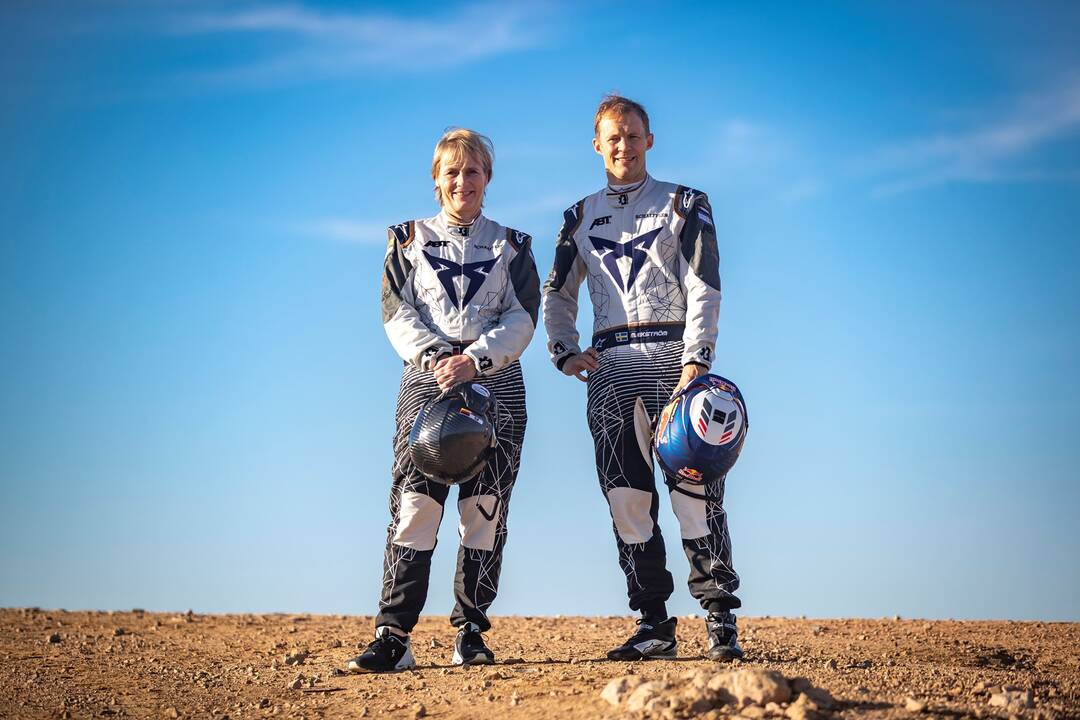 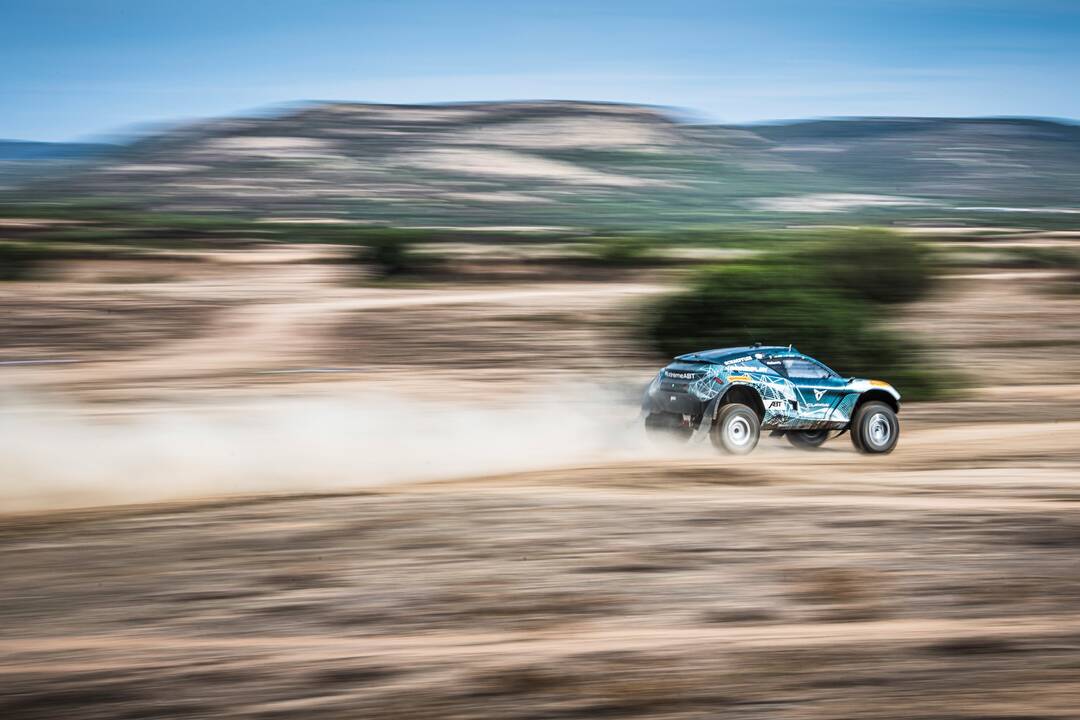 Extreme E: ABT CUPRA XE celebrates on the podium in Sardinia

Finally: Jutta Kleinschmidt and Mattias Ekström clinched their first trophy in Extreme E in Sardinia. In a dramatic finale and with an impressive race to catch up after a botched start, the German-Swedish duo celebrated second place in the so-called Island X Prix on the coast of the Italian island. After three race weekends with a wide variety of challenges, ABT CUPRA XE kept a cool head even in changing weather conditions and rewarded themselves with the first podium finish in the series for all-electric SUVs.

“Congratulations to the entire team, this success is more than deserved,” said ABT CEO Thomas Biermaier, who followed the Island X Prix in the garage and command centre. “We have already had to deal with a few setbacks this season. Nevertheless, we have never given up, but always motivated ourselves anew. Jutta and Mattias have become a super team – it’s a lot of fun to watch them prepare together. Now they have finally rewarded themselves and the whole team.”

The weekend in Sardinia was also marked by some ups and downs: In free practice, the power steering failed, causing valuable preparation time to be lost. From qualifying onwards, the e-CUPRA ABT XE1 then ran smoothly: third place after qualifying paved the way to the strongly contested second semi-final, where ABT CUPRA XE met the eventual winner RXR and Carlos Sainz’ team and finished second.

The final, in which five cars competed against each other, began with a little shock moment: Jutta Kleinschmidt stood a good three seconds too long and then chased after the field. And how she did that: After only half a lap she had caught up with the leader and handed over the car, which by now was marked by rain and mud, to her team mate in second place. Ekström’s attack on the eventual winners quickly came to an end, however, when a door came off and the team therefore decided, also in view of the water crossings, to rather drive home second place safely.

“Another crazy weekend, but this time with the happy ending for us,” said a delighted Mattias Ekström. “We fought bravely and with a lot of heart today, but also drove very smart – thanks for that to the whole team.” Jutta Kleinschmidt said: “I’m especially happy for the guys who give everything every weekend and take great care of us. Now we have the first trophy and of course we want to follow up in England.”

The finale of the first Extreme E season will be held on 18 and 19 December at the so-called Jurassic X Prix in Dorset (Great Britain).