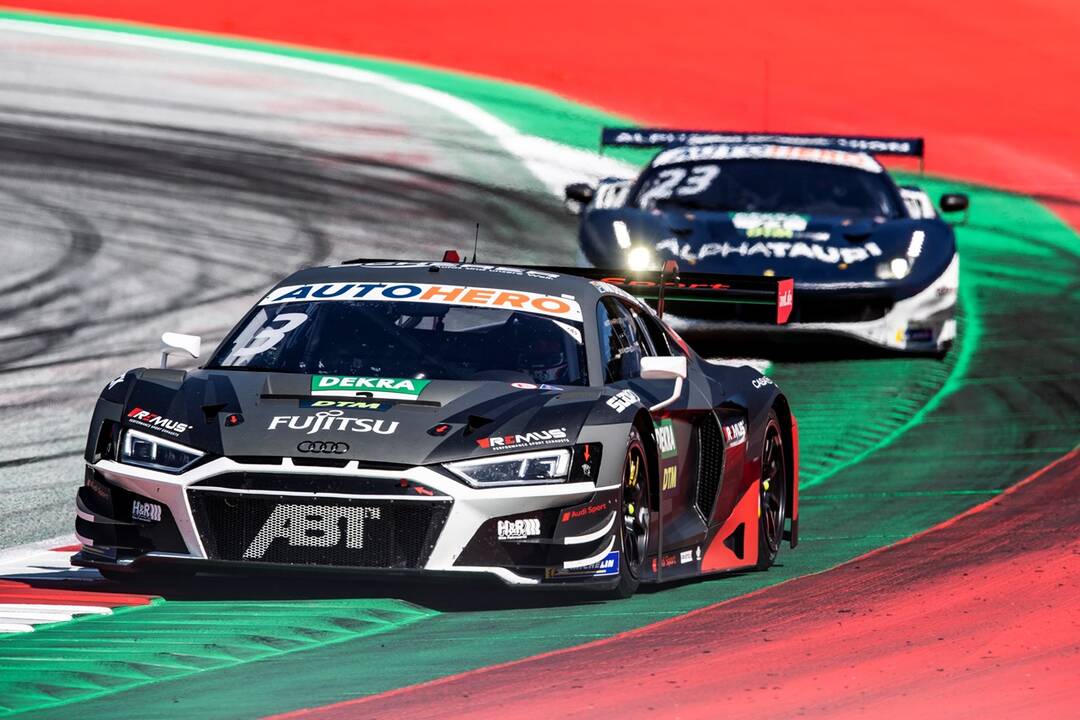 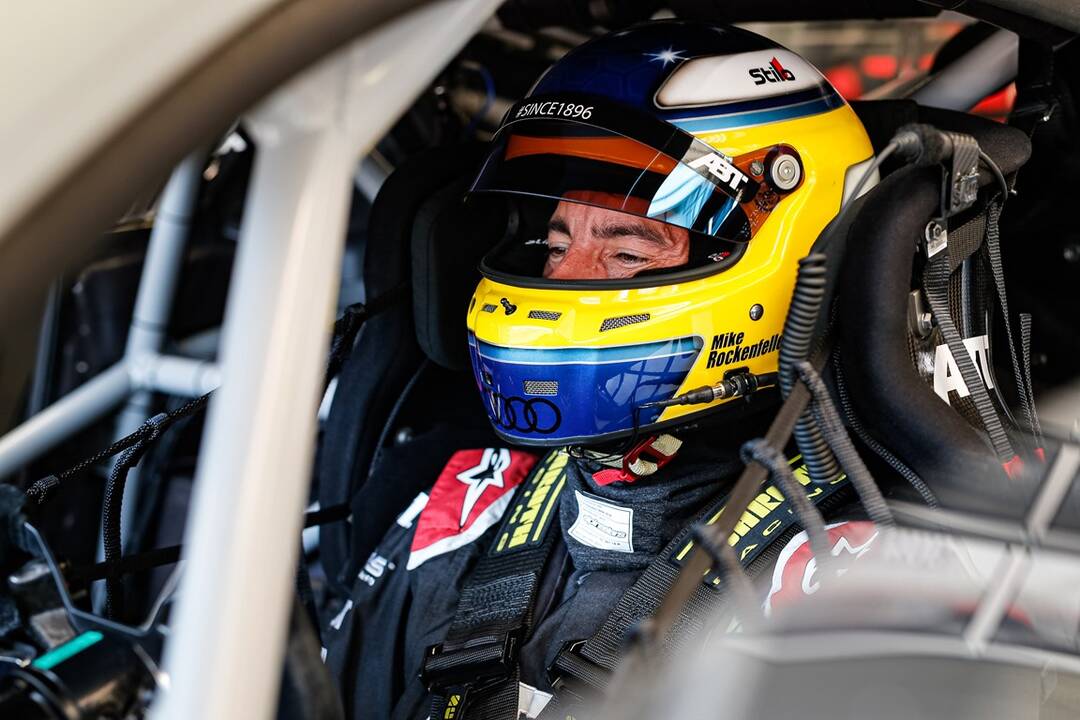 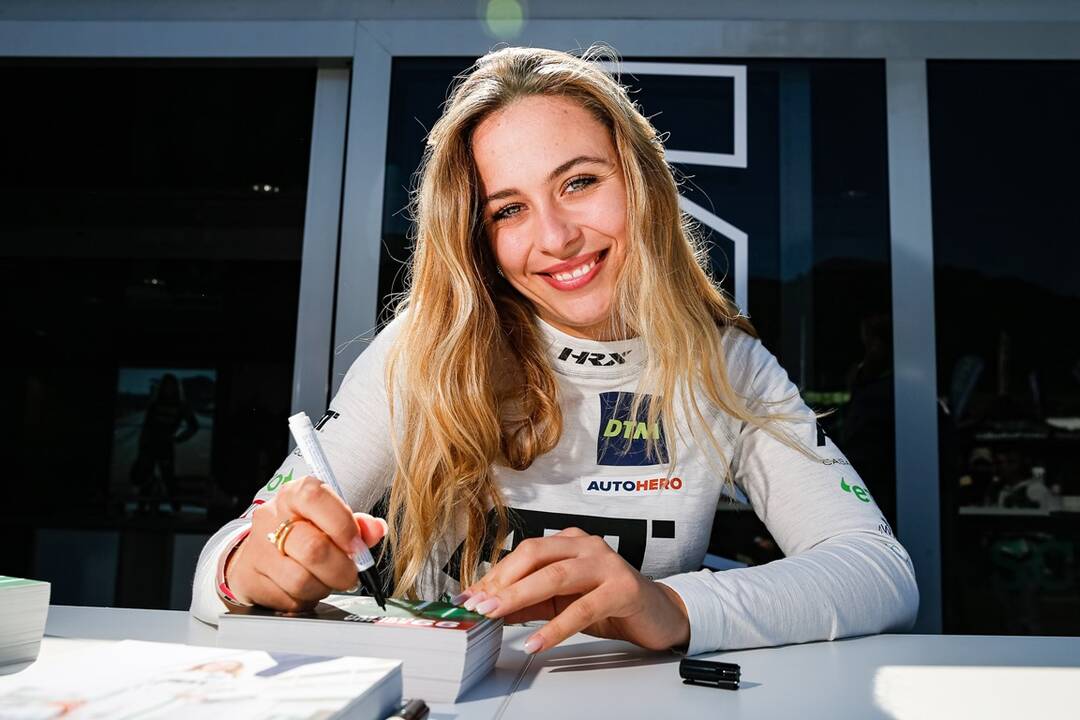 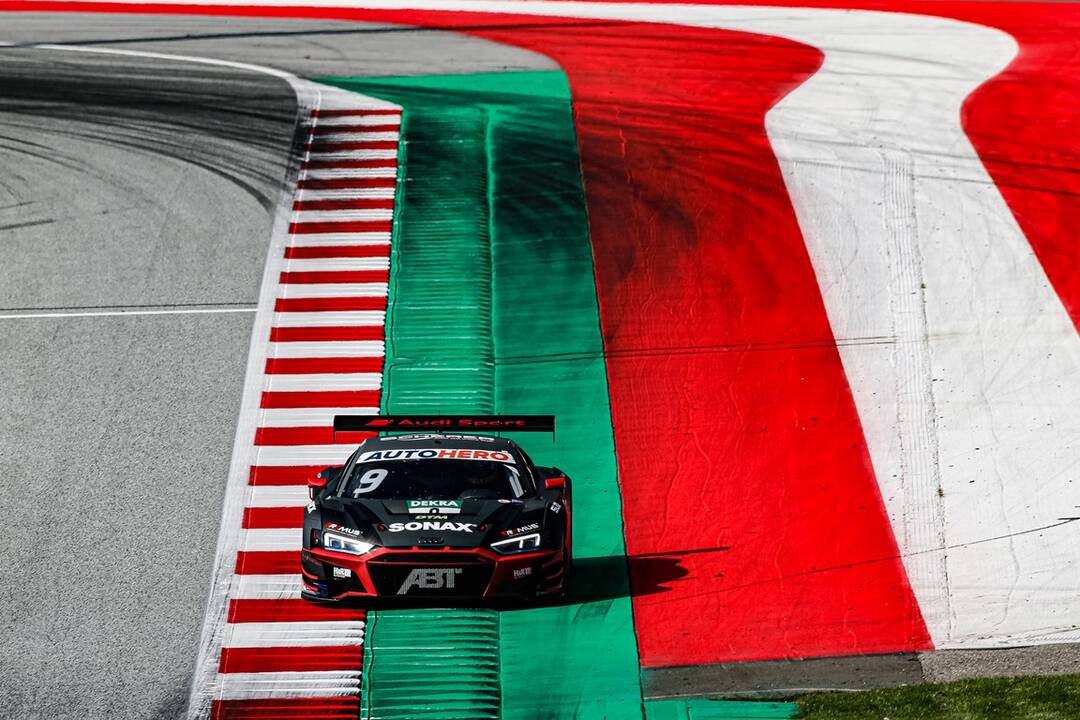 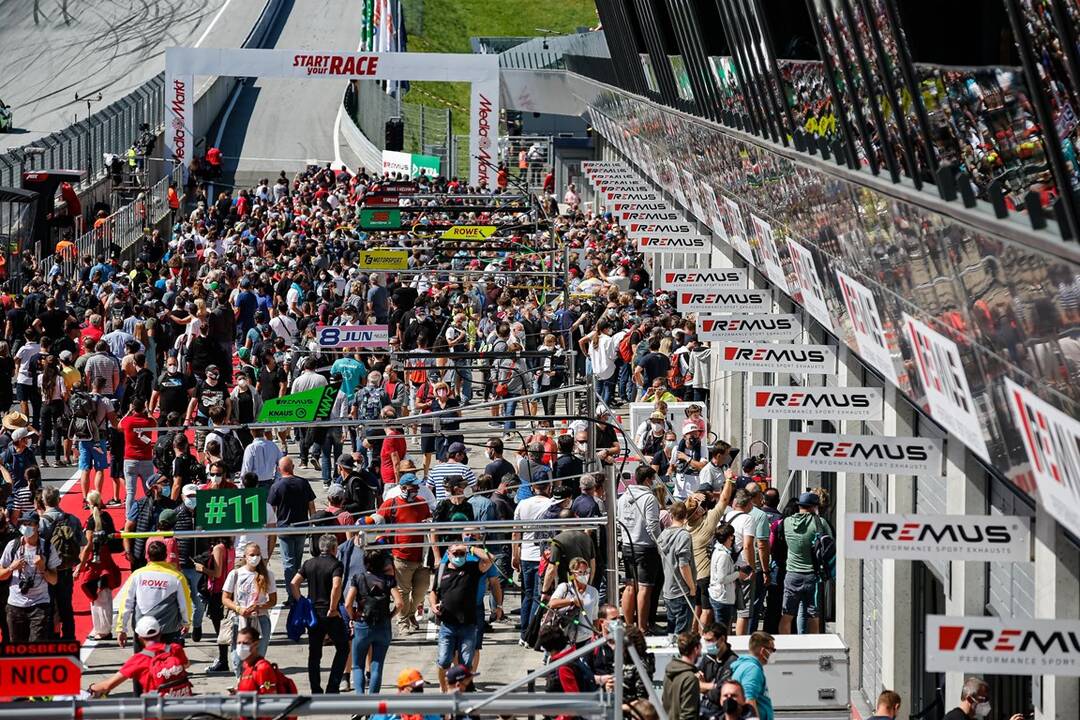 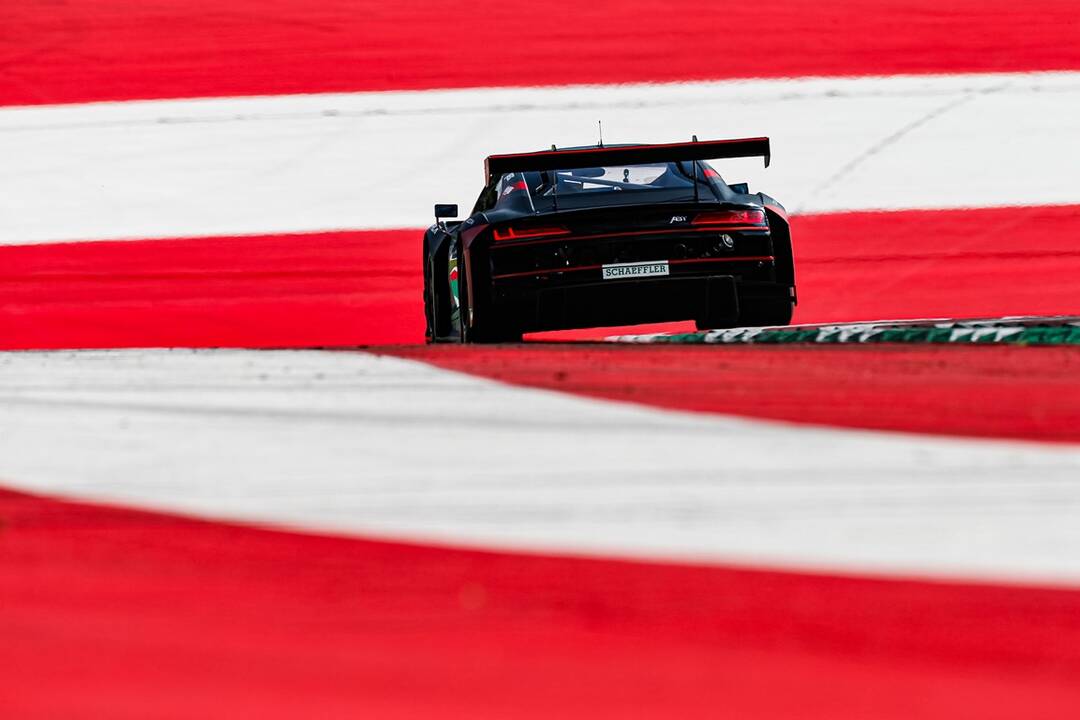 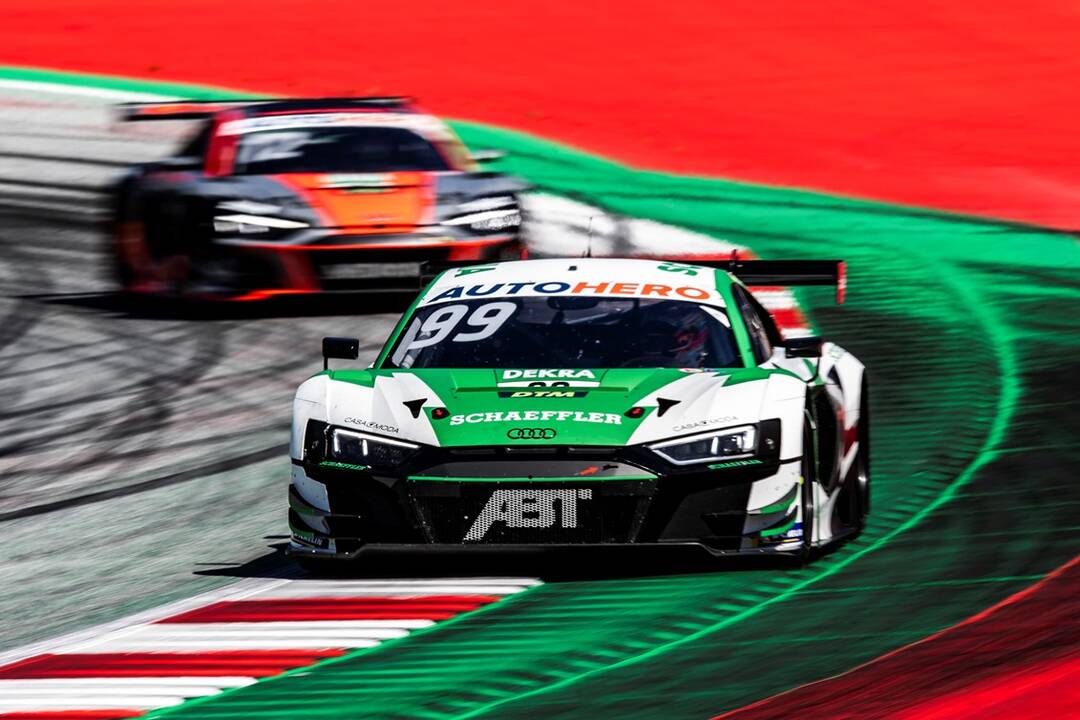 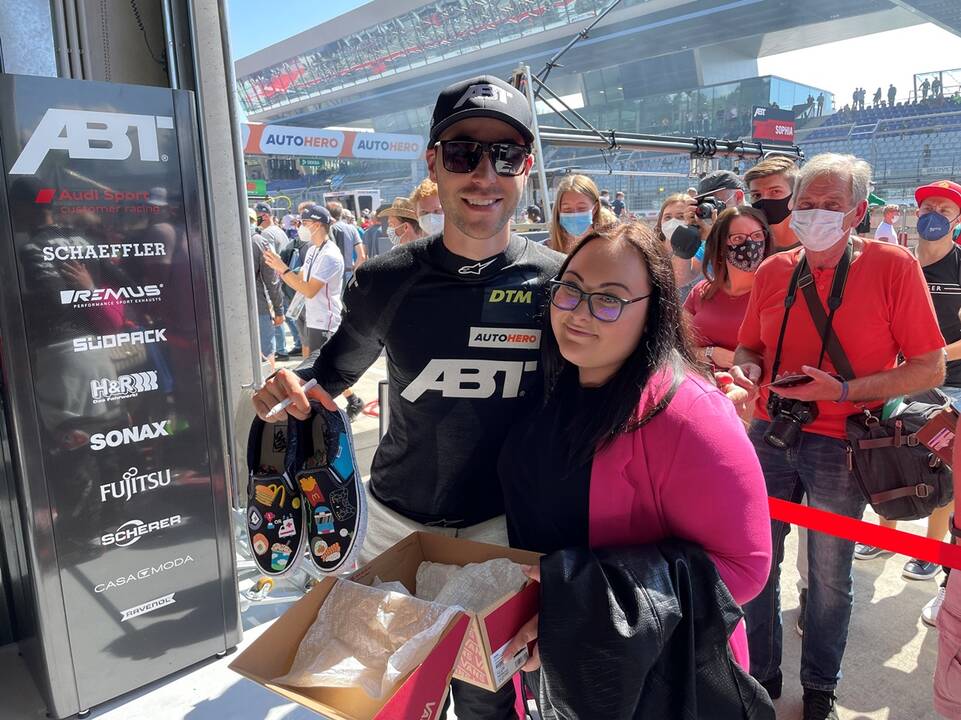 Kelvin van der Linde again defended his lead in the DTM with his ABT Audi R8 LMS during the fifth race weekend. The South African was the only Audi R8 LMS driver to score points at the Red Bull Ring and now has a twelve-point lead over Liam Lawson in the Ferrari, who won both races in Austria.

Team ABT Sportsline raced with blunt instruments for a whole weekend for the first time this season. The Audi R8 LMS was missing an average of half a second per lap at the Red Bull Ring to the fastest cars. Accordingly, for Kelvin van der Linde, as the leader of the overall standings, it was primarily a matter of damage limitation in Styria.

On Saturday, van der Linde only used one set of tires in qualifying. This paid off in the race. After the mandatory pit stop, the ABT driver was able to make up ground on the fresher tires and, coming from seventh on the grid, even fought for a podium in the end. Fifth place also felt “almost like a victory” for van der Linde in view of the extremely difficult circumstances for Audi.

On Sunday, van der Linde managed a similarly good qualifying performance as the day before, starting seventh. With a tactically clever race and a quick pit stop, the South African finished sixth and thus collected valuable points once again.

Mike Rockenfeller struggled with the handling of his ABT Audi R8 LMS during all three days. After a disappointing first qualifying session, the 2013 DTM champion used Saturday’s race to save a set of tires for Sunday. His hopes for a better Balance of Performance were not fulfilled. The second race ended prematurely for “Rocky” due to a brake issue.

While Kelvin van der Linde continues to lead the drivers’ standings, ABT Sportsline has dropped to second place in the teams’ standings behind Red Bull AlphaTauri AF Corse. However, the gap is only 21 points.

Quotes after the DTM races at the Red Bull Ring

Thomas Biermaier (Team Principal Team ABT Sportsline): “We knew before the season started that the Red Bull Ring would be very difficult for us. We were hoping for a fair balance of performance, but everyone could see that the cars with V10 engines didn’t stand a chance. The turbo-charged cars were in a different league, especially the Ferrari. Kelvin got the maximum for us with 18 points. These 18 points could be very important in the title fight. With Mike, we have to find the cause for the problems he had here. Sophia showed a good performance on her return, especially on Sunday, and we can build on that.”

Kelvin van der Linde (ABT Audi R8 LMS #3): “I am proud of my team. We worked hard and didn’t let our heads drop after the qualifying results. We always looked ahead and made up positions in both of the races. I am extremely proud. We are happy to take the points. We want to win again at Assen.”

Mike Rockenfeller (ABT Audi R8 LMS #9): “It was a difficult weekend in Spielberg for all of us, very disappointing for me personally. I had difficulties with the car from the first free practice session. Finishing both races without points is certainly not what you set out to do. But, we are still looking ahead and trying to analyze the cause. Assen is a completely different track. I hope to fight for the podium and victory there again.”

Sophia Flörsch (ABT Audi R8 LMS #99): “Race two was a step in the right direction. We changed something on the car after the second qualifying session. Therefore, the pace was a bit better than on Saturday. We finished 15th. That’s still not where I want to be, but it was definitely better already. If it continues like this, then everything is fine. The next race at Assen is already in two weeks’ time. For now, it’s time to go home and look at everything, catch up and prepare for Assen, where I’ve never been before. This will be interesting.”